Men In Black and a Warning From the Shadows

When 20-year-old Walter woke, the red, glowing lights of his bedside alarm clock read 88:88. He quickly saw the clock wasn’t the only thing wrong in his room. “Standing above it was a man-sized black shadow with glowing red eyes,” Walter said. “I looked right at him, and was more confused then anything.”

Walter, now 28, has always been used to strange things in his room. During many nights as a small child, the thin blanket of light crawling into his room from nearby streetlights would slowly dim until he couldn’t see anything. Although he was too young to remember, family members told him this is when the voices came out. “At that time what I was told was imaginary friends would come and I’d talk to them,” he said. “Even now when I’m in a dark room it’s like I can still hear the whispers of others and even during times of danger there is always a voice that warns me to take action.” 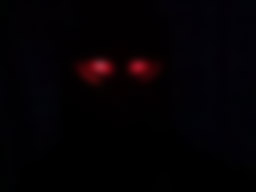 But as far as he could remember, Walter had never seen the source of these voices until the night of the red-eyed shadow. “He leaned forward towards me and said, ‘They are watching you,’” Walter said. “He climbed back into the wall of my room, and my alarm clock turned off and resumed its regular time after that.”

They are watching you. Walter already knew that; he’s known it since he was 16. He just doesn’t know who “they” are. “When I was younger I always noticed I was being watched by several people in black vans or SUVs from a distance,” he said. “I know they were looking at me because as soon as I left the line of sight they packed up and left.”

These vehicles followed Walter everywhere. He saw them often around the school he attended, Banting Memorial High School in Alliston, Ontario, and on shopping trips to nearby Barrie, Ontario. “I noticed the same style cars that would stop by stores I was at and left when I was leaving,” he said. “No one got out while I was at the store. Just parked while I entered and drove off while I left.”

The drivers of the vehicles soon became brazen. Numerous times as Walter stood on a street corner waiting for the light to change, one of the black SUVs would make a full stop at a green light, looked Walter down, and drive off. “I even saw a flash once before it took off.” 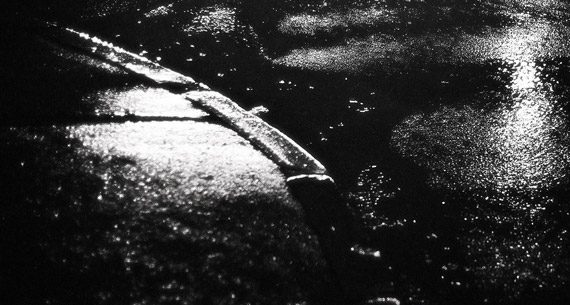 Then came the day Walter tried to confront a driver. “I caught one watching me,” he said. Walter stepped behind a vehicle, momentarily out of view, and snuck close to the black SUV. Two people were with the vehicle, one sitting inside, the other standing outside holding a camera with a telephoto lens.

“They were dressed in somewhat leisure-style clothing. Black pants and a white shirt and had sunglasses on,” Walter said. “They noticed I was ten-ish feet away and threw everything in the car and booked it.” Walter thinks these people in the dark SUVs may be gone for good. “After the shadow figure told me they were watching me I haven’t been bugged by them to the best of my knowledge.”

Are these the mysterious Men in Black; strange darkly dressed, semi-human entities that have been reported harassing UFO witnesses since the modern UFO flap began in the 1940s? The men and vehicles Walter saw fit the description, but Walter has never encountered a UFO. 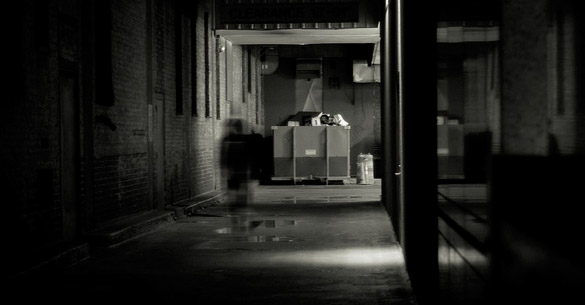 However, he has experienced something almost as strange. “I did noticed one thing that was going weird around me,” he said. “Lampposts would turn off while I was close to them and turn back on when I left their area, I even walked past some emergency fire lights and they turned on when I got too close.”

Street Light Interference, lights going on and off when people approach them, has been documented for decades. Although no one knows what causes the phenomenon, this happens to Walter, which brings us back to that night in his room, when the streetlights went dark, and the red-eyed shadow man spoke.

“I had no clue what the shadow entity was, but I always loved the dark, I feel at ease the darker the room is,” he said. “I even have a hard time during the day seeing since the sunlight burns my eyes. I kinda joke with my friends at times who I’ve told this to that he helped me out of kinsmanship.”

The Cult of the Moon Beast