The ten-year-old boarded the airplane in Vancouver in silence, a girl about the same age followed in his wake. Shannon sat in a seat at the rear of the airliner, holding her 18-month-old, and watched the children as they walked down the aisle. Shannon’s now ex-husband had taken their two-year-old to the bathroom, leaving her alone with the baby.

As the ten-year-olds approached, Shannon quickly understood something was wrong with the boy. “His coloring was unrealistically perfect,” she said. “Bright blue eyes that gave off energy and light. I felt like he could see every little thing about me, deeply into my soul and mind. It was hard, but I maintained eye contact.”

The boy’s salmon-colored polo perfectly matched the color of his lips, offsetting his lightly tan skin, and those deep blue eyes. “He was unnervingly intelligent." Shannon watched the children as they slowly made their way toward her, the boy radiating a feeling that drew her breath short. “I knew right away he wasn’t a child and wasn’t human,” she said.

Shannon looked down, away from the gaze of this strange child. His voice brought her eyes back to his.

”A bit stressful?” he asked.

She mumbled a quiet, “Yes, it is,” and he walked away.

“I knew something was odd before I looked up, because what human ten-year-old notices a stressed-out mom six or seven rows back?” she said. 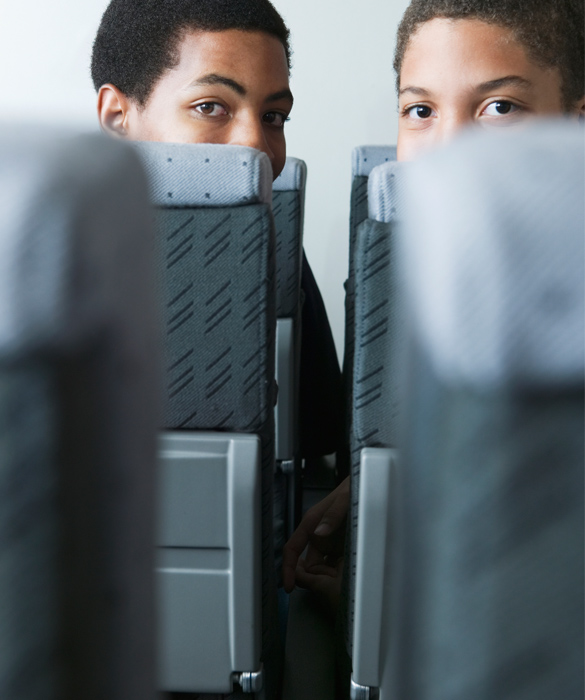 The girl shuffled behind the boy, trying to stay out of people’s memory. “She never made eye contact and had her head down,” Shannon said. “Very non-descript. His opposite. I was too interested in his eyes to care about her.”

The children took seats six rows in front of Shannon who sat in the very back row. When the plane landed in Minnesota, Shannon thought her family was the last to deplane, but six rows up she found the strange boy staring at her. “He was waiting for me, turned towards me, watching me walk towards him,” she said. “I felt quite shy and had a hard time maintaining eye contact but did so. I felt like he wanted me to stay and talk, but I followed my family out, none of whom reacted to the two kids.” The girl never made eye contact; she simply stared at her shoes.

Shannon watched for these children as she deplaned and waited for her luggage at the baggage carrousel. Shannon never saw the children again. “They disappeared off the plane,” she said. “They were the last ones on and we waited for a long time … and they never got off.” She asked her ex-husband about the boy years later; he never saw him. 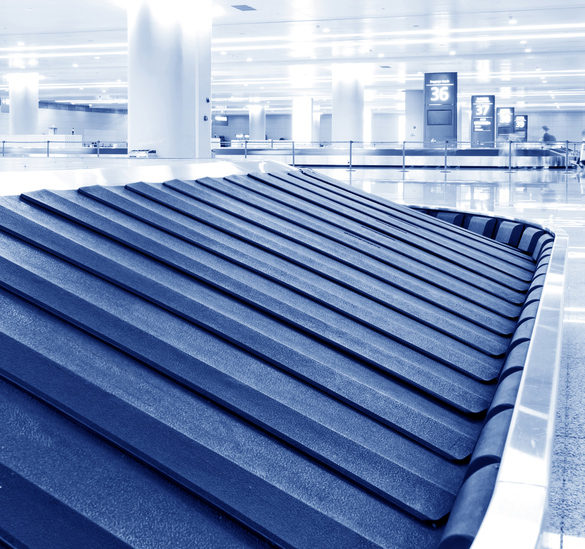 There are people in our periphery, people who shuffle past as we walk down city streets, stand behind us in checkout lines, or pause for a lingering stare. These people would normally inhabit the background of our attention, filling spaces occupied by city noise, pedestrians, and passing cars – except for their presence. There’s something strange about these people, something uncomfortable, something inhuman.

It’s even more disturbing when these people are children. Shannon isn’t alone in encountering children who seem to be so much more.

When 18-year-old Myra Thom and her mother stepped from a corner bakery back onto the streets of Sikatuna, Philippines, Myra expected them to walk to the next store for their weekly shopping trip. She didn’t expect to walk into something disturbing.

She heard a voice, a tiny voice. “We both distinctly heard the voice of a small child calling my name,” Myra, now 40, said. “My name was pronounced clearly, as if by an adult, but when my mother and I turned, we saw that it was a very small child maybe just a little over a year old. He could not walk on his own yet.”

Two women who appeared to be nearly identical, both wearing blue jeans and white shirts, stood on either side of the strange child holding one of the child’s little hands. The child, with chubby cheeks and curly light brown, stared at Myra, and that stare chilled her. “The little boy was looking straight at me with a knowing, absolutely unchildlike gaze,” Myra said. “It was as if he knew something about me that I did not know.”

The baby smiled faintly at Myra, never moving his gaze from hers. “The most unusual or strange thing about him was the expression on his face. It was definitely, absolutely not something you would expect to see on the face of a child that young,” Myra said. “It was a knowing look, almost malicious, and it was made even stranger by the fact that it was coming from a child that looked like the very depiction of the cherubim in the church.”

As the trio walked by, Myra realized she never got a good look at the women, although they appeared to be typical Filipino women. The child seemed to be Caucasian. “They both had their backs turned,” Myra said. “The baby was twisting its head and body all the way around just to stare at me, and it stayed that way all the way to the corner until they disappeared from our view.”

Twenty-two yeas later, this seems to Myra as having happened yesterday. Unlike Shannon’s ex-husband, there is a witness. “My mother corroborates this,” Myra said. “What really struck her about the child is that weird look on its face that was very unchildlike and the fact that it did not remove its gaze from me while we were within viewing distance of each other.”

Although the encounter still baffles Myra, it does provide her with some comfort. “I consider it a gift from the universe, for it gave me what I consider to be my first real proof that there is something out there beyond what we normally believe to be absolute reality,” she said. “But at the same time it has also always worried me. Was the child an angel, a demon, an alien, a ghost, an elemental? What was its purpose in calling my name?”

Welcome to the New Mysterious Universe