We all have our favorite books that we can (and do!) read over and over again. I can certainly name several: Jack Kerouac's Big Sur; Hunter S. Thompson's The Rum Diary; Sir Arthur Conan Doyle's The Hound of the Baskervilles; and Keith Waterhouse's Billy Liar. And then there's The Lurker at the Threshold, a big favorite of mine, which was widely credited to acclaimed horror writers H.P. Lovecraft and August Derleth. First published in the 1940s by Carroll & Graf, the book was, in reality, almost solely the work of Derleth, with barely a couple of thousand (if even that) of its approximately 50,000 words having been contributed by Lovecraft. 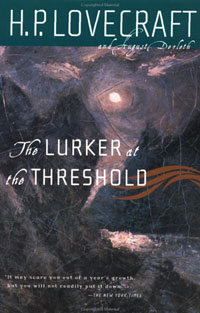 The Lurker at the Threshold is a most intriguing book, to say the least. Although presented to the reader strictly as an entertaining work of fiction, it deals with certain issues that are central to many topics that crop up in the real world of Forteana, and with which I have crossed paths, time and again, during the course of my studies and writings of the paranormal kind.

Namely, dark invocations in mysterious areas of woodland and forest; the summoning up of supernatural beasts and oppressive entities from other realms of existence; encounters with the unknown in the vicinity of ancient stone circles and sites of archaeological significance; and the relevance of at least some of these entities to Native American Indian legends and prehistoric cultures.

Not only that: Derleth’s descriptions of a number of the creatures that the characters in the book describe - such as a vile bat-winged, monkey-faced entity to name but one - sound startlingly like several of the unknown animals cited within the pages of numerous non-fiction books devoted to cryptozoological puzzles. In addition, The Lurker at the Threshold also cites the work and books of Charles Fort – the acclaimed chronicler of all-things weird in the real world, and after who the magazine Fortean Times is, of course, named. 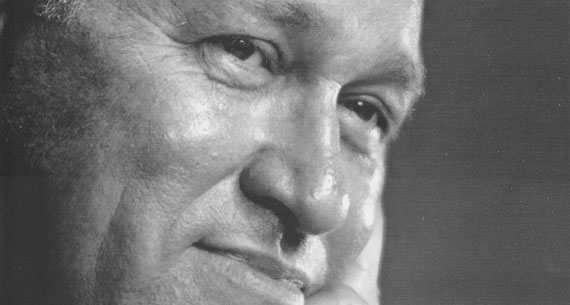 In other words, Derleth was just as acquainted with real-life tales of the paranormal, as he was with those of a purely fanciful nature. In view of this, I often wonder: was Derleth’s work really just a piece of fiction? Or was he the possessor of secret, arcane knowledge of a genuine nature that he decided to present to his readers in the form of a thinly-veiled novel? Let us take a closer look at the life and work of Derleth.

Born to William Julius Derleth and his wife Rose Louise Volk in 1909, August Derleth grew up in Sauk City, Wisconsin, and, sold his first fantasy story - while still a teenager - to Weird Tales magazine. Derleth wrote regularly and enthusiastically while at the University of Wisconsin-Madison, where he was awarded a B.A. in 1930. And it was during this period that he worked, for a while, with Mystic Magazine. 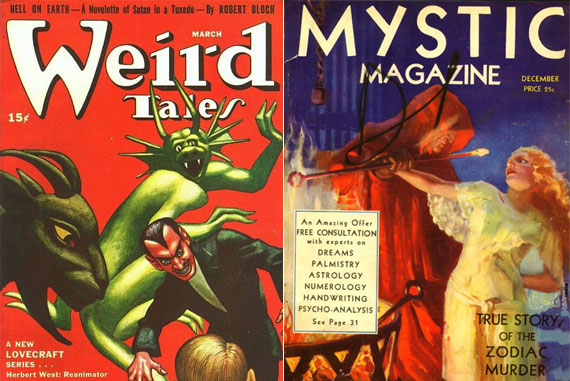 With Lovecraft's passing in 1937, Derleth and fellow fantasy writer Donald Wandrei put together a collection of the acclaimed author’s stories and attempted to find a suitable publishing house for them. Having summarily failed to do so, however, the pair founded Arkham House in 1939 and published Lovecraft’s work for themselves. In 1941, Derleth took on the position of literary editor of the Capital Times newspaper in Wisconsin's state capital of Madison. He remained with the Times for almost twenty years. Derleth died suddenly on Independence Day, 1971 and was buried in Sauk City's St. Aloysius Cemetery. 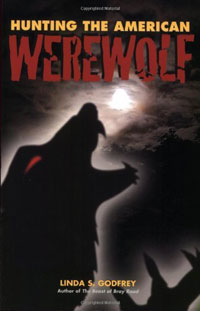 Interestingly, the city of Madison, as well as its surrounding area, has been a veritable hotbed of diabolical weirdness for years. For example, in her book Hunting the American Werewolf, author Linda Godfrey revealed the details of a number of highly intriguing, strange beasts seen in the vicinity of Madison, including large ape-like dogs, giant hounds, and even creatures that reportedly had the ability to “morph” or shape-shift.

Not only that: Godfrey’s research into werewolf-like entities seen in Wisconsin revealed another interesting factor: many such reports emanated from areas dominated by effigy mounds constructed between 800 and 2,800 years ago by the ancestors of today’s Ho-Chunk Native American Indian tribe. Not unlike the stories linking similar beasts seen at ancient sites in Britain (such as at Castle Ring on the Cannock Chase), and eerily similar to the scenarios presented by August Derleth within the pages of The Lurker at the Threshold.

Did Derleth perhaps uncover some horrific secret about frightful beasts, other realms of existence and ancient rite and ritual in darkest Madison, Wisconsin all those years ago? Almost four decades have now passed since Derleth’s death and so we may never know the full story.

I do not rule out the possibility, however, that perhaps the answers that I, Linda Godfrey and so many other investigators of mysterious creatures seek, may well have been known to a long-dead novelist who took some of his unsettling secrets to the grave, but who also elected to present at least a part of his arcane knowledge in fictional form within the pages of The Lurker at the Threshold.

There's an old adage with which pretty much everyone is familiar: truth is stranger than fiction. In the case of August Derleth, they just might have been one and the same.

Myths of the Space Age: A Belated Skeptical Book Review