The Cult of the Moon Beast

Just a few days ago, I was going through a bunch of old files, and came across a wealth of accounts that I have not given much thought to for many a year. One stands out of particular interest. On August 31, 2000 - a year before I moved to the United States - a man named Rob Lea telephoned me, and, in somewhat excited, but also distinctly worried, tones, informed me that for a number of years he had been near-obsessively pursuing an elite and powerful body of people engaged in the mutilation and sacrifice of animals in the UK, via ancient rite and ritual no less, for purposes relative to personal wealth, incredible power and, even, cold-blooded, heartless murder.

Needless to say, I wanted, and needed, to hear more – much more, in fact. Two days later, I drove to an old pub in the picturesque English village of Milford – our arranged point of contact - where I was to meet with my concerned informant. Rob had seen my photograph in a then-recent edition of the local Chase Post newspaper, in which I had referenced the animal-mutilation controversy and which had specifically prompted him to contact me, and offered a friendly wave from his chair as I stood at the bar and ordered a refreshing, cold pint of beer.

I nodded in Rob’s direction in return, proceeded to buy him a refill of what I could clearly see was a half-full pint of Guinness, and made my way over to the old oak table at which he was sitting – practically to attention. Rob, it was very clear to see, was a firm devotee of all-things-Gothic. He was dressed in black jeans, big black boots, and a knee-length, shiny black-leather coat, through which could be seen an old t-shirt emblazoned with a photograph of Siouxsie from the band, Siouxsie and the Banshees. And a badge that displayed Charles Manson’s face was fastened tightly to the collar of his jacket.

The near-emaciated and pale Rob viewed himself as something akin to a modern-day Sherlock Holmes; and after taking in his dark and disturbing story, I could only concur. Either that or he was an insane fantasist of truly infinite proportions. However, the fact that his story dovetailed so eerily, and closely too, with those of so many other people that came my way led to me believe that he was speaking both truthfully and earnestly. 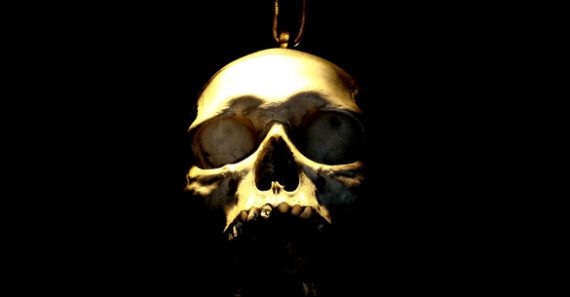 As I sat and listened intently, Rob advised me that as a direct result of a horrific incident that had taken place in 1989 on a Newport, England-based farm that was owned by his family at the time, he began to develop a deep and personal interest in incidents of the animal mutilation kind.

Notably, Rob was not an over-the-top, paranoid X-Files junkie seeking to validate stories that alien entities from some far-off world were stealthily extracting bovine body-parts and clandestinely transferring them to a James Bond-style, secret underground installation deep in the heart of New Mexico for distinctly out-of-this-world reasons. No: Rob’s quest had taken him down a very different road – and it was one that was as dangerous and terrifying as it was winding and shadowy.

Matters all began, said Rob, in late August 1989, when his father rose early one morning to the unforgettable sight of five of his sheep, all dead, and laying in a rough circle in a field that sat directly behind the family’s home. All of the animals had been slaughtered: their throats had been carefully cut by what bore all the hallmarks of being a sharp instrument, and several of their major, internal organs had been piled high, in a bloody mountainous mess, in the middle of the circle.

Not without significant justification, thoughts of devil-worship, satanic sacrifice, and occult activities overwhelmed the frantic mind of Rob’s father. Unsurprisingly, the family quickly telephoned the local police, who were on the scene with very surprising speed. An official report was filed, amid urgings from the two officers who attended that the Lea family should refrain from giving the incident any publicity – and under any circumstances.

Unfortunately, absolutely no clues or answers were ever forthcoming from the police, and the unsettling incident was never repeated. But, that didn’t stop it from leaving a deep and undeniable impression on the then-teenage Rob. Indeed, there was much more to come.

Rob smiled, carefully reached below the table, and produced a black briefcase which he duly placed on the top of the table. As he flipped its brass-colored locks, I moved the glasses and the ashtray aside to allow for more room, and sat back, admittedly intrigued to see what would develop. I was both surprised and amazed, to say the least. 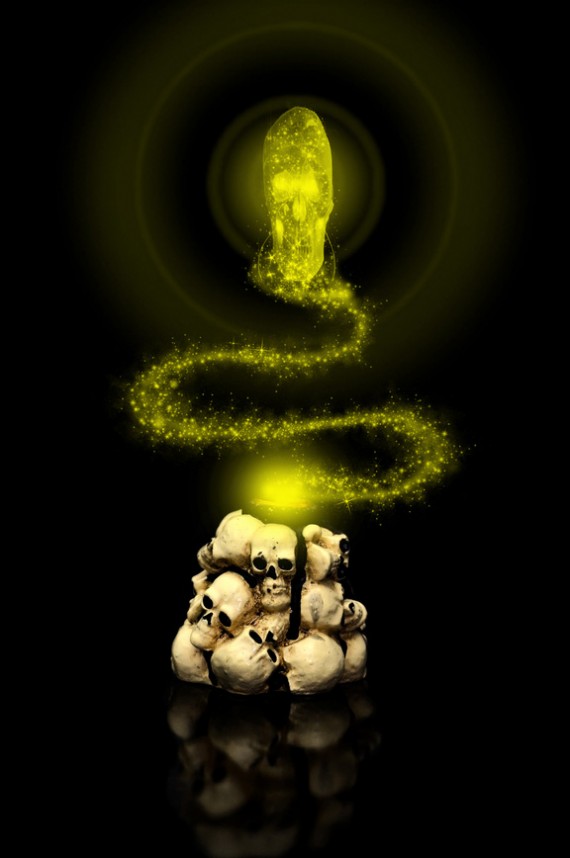 From within the confines of a large, padded envelope, Rob proceeded to pull out seven, 6 x 4, 35mm, color-photographs that clearly and graphically showed the scene of complete carnage at his family’s farm eleven years earlier. In other words, and if nothing else, that part of the story could at least be firmly validated. But this was merely the beginning of things – as I had suspected it almost certainly would be after Rob had begun to divulge the facts.

He continued, with a slightly detectable degree of nerves in his voice, and admitted to me that when he first began digging into the animal mutilation mystery he was, for a short while at least, a firm adherent of the theory that deadly extraterrestrials just might possibly have been behind the predatory attacks. As time progressed, however, and as Rob delved ever-deeper into the heart of the puzzle, he found that, in many ways, something much more disturbing than alien visitations was firmly afoot.

By the late 1990s, said Rob, he had quietly and carefully traveled the length and breadth of the British Isles in hot and diligent pursuit of the answers to the conundrum, and had inadvertently stumbled upon a sinister, and possibly deadly, group of people based near Bristol – that Rob had grandly dubbed The Cult of the Moon Beast – that, he asserted to me, were using slaughtered farm animals, and even household pets, in ancient rites and archaic rituals of a sacrificial nature.

The purpose of the rites and rituals, said Rob, continuing, was to use the sacrificed unfortunates as a means of conjuring up monstrous entities from some vile netherworld that would then be dispatched to commit who-knew-what atrocities on behalf of their masters in the Cult of the Moon Beast. 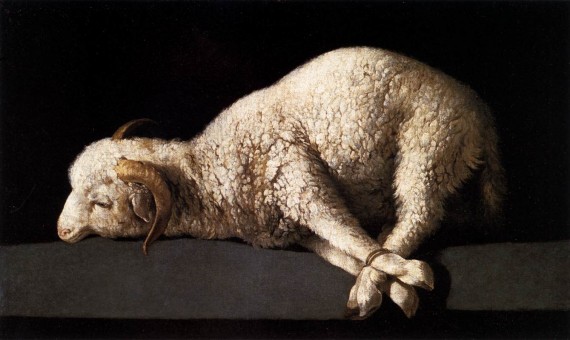 It transpired that Rob had been stealthily watching the activities of the Cult of the Moon Beast – which, he stressed several times to me, was merely a term that he, himself, had applied to this closely-knit group of individuals that numbered around fifteen – for approximately seven years by the time we met. He admitted he had no firm idea of the group’s real name; or even if it actually had a designated moniker.

Although the cult was firmly based in Bristol, said Rob, its members were spread both far and wide, with at least four hailing from the east-coast town of Ipswich; two from the Staffordshire town of Cannock; two from the city of Exeter; one from Tavistock, Devonshire; and five from Bromley, in the county of Kent.

Rob related to me how he had clandestinely and doggedly tracked the movements of the group and had personally – albeit stealthily – viewed no less than three of their dark practices: one of which, he said, had occurred in early 2000 near the Ingrestre Park Golf Club, deep in the heart of the Cannock Chase woods in Staffordshire, which had been the site of numerous encounters with a veritable menagerie of mysterious beasts, including werewolves, Bigfoot-type entities, ghostly black dogs, and huge marauding cats.

“And what exactly is this group doing?” I asked.

According to Rob, the Cult of the Moon Beast was engaged in occult-drive rites designed to summon up unholy beasts that originated within a realm or dimension that co-existed with ours. He added that certain locales around the country – and, indeed, across the globe - allowed for a doorway or portal to be opened to order, if one followed the correct, ancient rites, rituals and “rules of animal sacrifice,” of which the Cult of the Moon Beast seemingly had a deep and profound knowledge and awareness. Numerous such portals existed in Devon, Cornwall, and Staffordshire, Rob assured me in an earnest fashion.

“Yes, but again why are they doing this? What’s the purpose?” I pressed.

Rob looked me square in the face, and, after a moment or two of deafening silence, uttered one word: “Murder.”

“Murder,” I repeated, in a tone that was a statement rather than a question.

Rob nodded eagerly and related to me that the beasts in question were not physical, flesh-and-blood-style beings – at least, not in the way that we, mere mortals, understand things. Rather, they were a form of non-physical intelligence that could take on the appearance of whatever was in the mind’s eye of the beholder – and, more often than not, that of a large black cat. 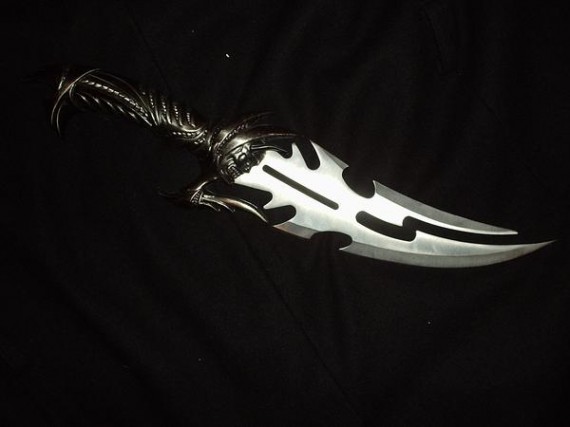 “Okay,” I said. “What you’re saying does make some sense to me at least; as I’ve heard things similar to this several times before. But if these things aren’t actually physically real animals, then how are they killing people?”

Rob leaned back in the seat and replied matter-of-factly: “Mind-power: fright, suggestion. They’ll stop your heart in a beat with fear. You want someone dead, you kill them through fear; fear of the unknown, fear of anything. That’s much better than risking taking someone out with a gun or a knife; there’s less of a chance of getting caught.”

“Right; I understand that. But what is so special about this group that it needs so many people dead?”

Rob continued further that the Cult of the Moon Beast was linked with some very influential people and that, when needed, the cult was “hired for its services” – and paid very handsomely, indeed - by the highest echelons of private industry, and even by the Intelligence services of the British Government.

As he explained it to me: “You want someone dead, then you give them a heart-attack by having a monster appearing in their bedroom at night. Or you drive them to suicide by making them think they are going mad if they are seeing werewolves.”

An ancient cult, working and killing in stealth? Death by conjured-up, monstrous entities? A conspiracy that reached the heart of the British Government? Yes, so Rob Lea claimed. Even today, nearly 13 years after the tale was told to me by Rob, it still provokes a sense of menace and all-things macabre and mysterious...