The lonely cemetery near the small town of Brunswick, Missouri, rises like ancient ruins on a hill at the end of a dusty gravel road. A dark canopy of trees covers the half-mile long stretch of rocks and dirt, hiding the path from the sky. Ryan Straub, founder of the Missouri-based ghosthunting group Tir Firnath, has often visited the cemetery and experienced strange things. However, nothing has disturbed him there as much as what he and his friend Jeremy Taylor saw standing on that gravel road in the dark on Halloween 2000.

“As we were leaving, we were in the middle of the hills and we saw a very large dog in the road,” Straub said. The grayish-brown beast was at least 250 pounds and feeding off road kill. It didn’t move as the truck headlights flooded over it and the vehicle creaked to a stop. As the stench of wet dog crept into the truck, the men realized they had encountered something they shouldn’t have seen. 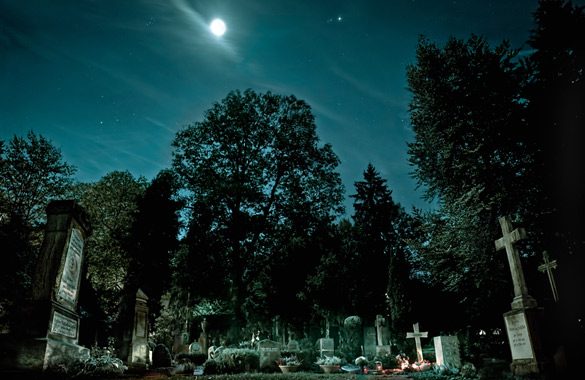 The beast stood on its hind legs, rising to more than six-feet-tall, and looked at them with yellow-orange eyes. After a few uncomfortable minutes, the creature turned and calmly walked into the trees. “I wouldn’t call it a dog,” Taylor said. “That’s what we thought it was at first. However, it standing up on its two back legs and walking off the road casually ended the belief that it was a dog for me.”

The thing that struck the two as they watched something they knew couldn’t be happening, was that the creature didn’t move like an animal. It moved like a man. “That bothered me,” Straub said. “The only thing I could think of was it was the mythical beast the werewolf.”

Werewolves in various forms exist in many cultures across the world. From the Medieval European werewolf that dominates popular culture, to American Indian skinwalkers, the image of a man changing into a beast has terrified people for centuries. But shapeshifting beasts that stalk the night are nothing but legend, right? 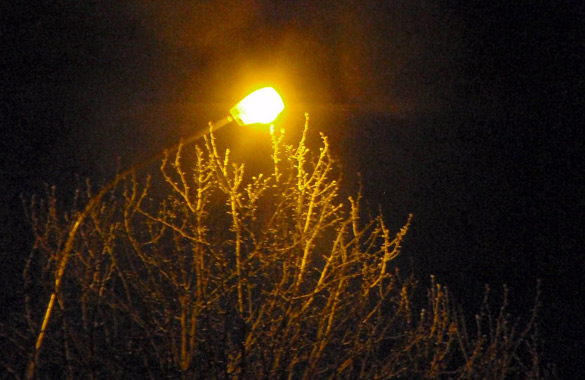 The red bud of a lit cigarette flared in the night as Travis White took a drag standing outside the Maryville, Missouri, home at 3 a.m. August 2010. Streetlights cast a yellow glow over the residential neighborhood, the air crisp from the recent rain. As he stood near the back door, smoke rolling from his mouth, something moved in the yard.

“Out of my periphery I thought it was a dog,” White said. “A really big dog; but when I looked at it straight on I was scared.” The dog, White said, was about as long as a horse. It loped across the lawn and White got a good look at it. The dog-thing was tan, its tail long and bushy with a white tip. Its eyes glowed green. It stopped next to a neighbor’s fence, staring at White the entire time with those green, glowing eyes.

“It stared at me until I finished my cigarette and went inside,” White said. “About three to five minutes; just long enough to smoke a cigarette. I was little freaked out.” The dog slunk off between two houses and White went inside. White took his father outside to look for tracks the next day, but they found nothing. However, when White stood where the dog stopped at the fence, his heart jumped. The dog would have stood at the middle of White’s chest – he’s 6’2”.

That wasn’t the last time White saw the dog. “Dad calls it ‘Wolf Boy,’” White said. “We joke around about it being a werewolf.”

A few weeks later, White parked his car on the street behind the house after work around 3 a.m. He sat inside the car smoking cigarettes when he saw eyes staring at him through the darkness. “The street light back there flickers,” he said. “I was sitting in the car smoking a cigarette. I saw those green eyes.” 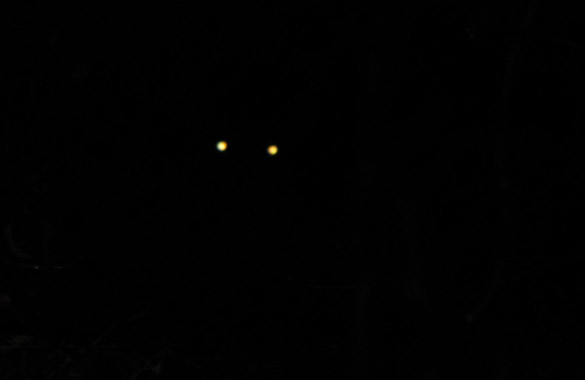 “It was freaky as close as the dog was when the light flickered back on,” he said. “I wanted to go inside. It was one of these, ‘in need to go inside.’ … I just ran.”

Which is what Colin Perkins did when he saw something similar in Tempe, Arizona.

Four teenagers walked onto the Shalimar Golf Course under the cover of darkness. The course is in a highly populated residential area of the city so the group tried to keep quiet, walking along a line of palm trees next to a wall. Then their world changed.

“We were there talking,” Perkins said. “My girlfriend says something like, ‘hey something just jumped out of that palm tree.’ A few seconds later she lets out a blood-curdling scream, just pure shocked terror.” Perkins turned and saw something he’d only seen in movies.

“There’s a … creature lumbering along the wall towards us,” Perkins said. “It was as tall as me, six foot, hunched over, huge snout like a werewolf.” The beast lunged toward the teens and they took off. “It was chasing after us,” Perkins said. “I just turned and ran, I didn't think to look back.”

Kori Williams, her cousin Richard, and two friends saw a similar beast from the safety of their car near Midlothian, Illinois, but it was only a flash in the night. “A six- to seven-foot man beast-thing ran from the Rubio Woods,” Williams said. “Richard swerved to miss the creature.”

Bluish-gray fur covered the beast, its snout was “like a coyote or wolf, but longer,” its eyes “were like holes,” and the smell of wet dog, much like the smell of Straub’s beast, waft through the car. The four didn’t see the creature for long, but Williams remembers the beast’s hands.

“They looked like human hands except for the fingers were really long, clawed and covered in fur,” Williams said. “Richard thought it was a werewolf or something.”

Could it have been? There are many things modern man doesn’t know; maybe there is truth to the legends.