A Circle of High Strangeness

Reports of strange phenomena absolutely abound throughout the English county of Staffordshire - which happens to be where I spent my childhood. But there is one place in Staffordshire that seems to attract a great deal more than its fair share of such activity. Its name is deeply familiar to one and all throughout the area as Castle Ring. Located near to the village of Cannock Wood, Castle Ring is an Iron Age structure commonly known as a Hill Fort. It is 801 feet above sea level, and it main ditch and bank enclosure is fourteen feet high and, at its widest point, 853 feet across.

It has to be admitted that very little is known about the mysterious and long-forgotten people who built Castle Ring, except to say that they were already in residence at the time of the Roman invasion of A.D. 43 and remained there until approximately A.D. 50. Some suggest that the initial foundations of Castle Ring may even have been laid as early as 500 B.C. Moreover, historians suggest that the creators of Castle Ring might have represented a powerful body of people that held firm sway over certain other parts of Staffordshire, as well as significant portions of both Shropshire and Cheshire at the time in question. 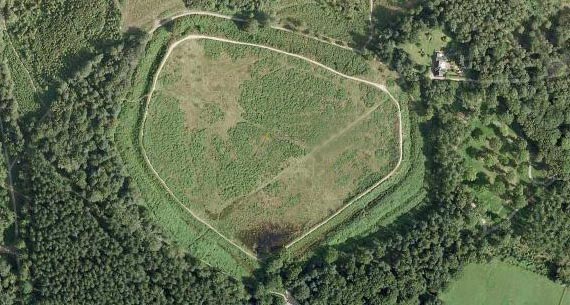 While its enigmatic builders exited our world millennia ago, and left us with very little solid knowledge of who they were or what they actually represented, Castle Ring can claim to play host to far stranger entities, as I will now demonstrate.

On May 1, 2004, Alec Williams was driving passed the car-park that sits at the base of Castle Ring when he witnessed a hair-covered, man-like entity lumber across the road and into the trees. A shocked Williams stated that the sighting lasted barely a few seconds, but that he was able to make out its amazing form: "It was about seven feet tall, with short, shiny, dark brown hair, a large head and had eyes that glowed bright red." Interestingly, Williams stated that as he slowed his vehicle down, he witnessed something akin to a camera flash coming from the depths of the woods and heard a cry that he described as "someone going 'Hoo.'" 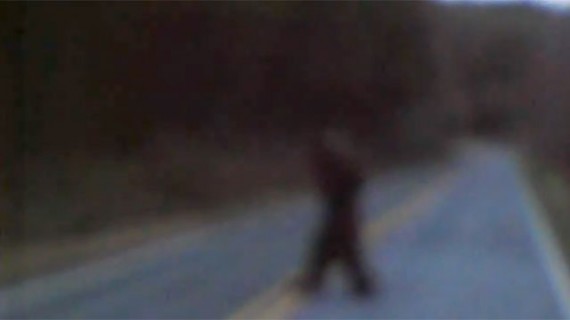 Just over one year later, on June 8, 2005 to be precise, in an article titled Hunt For Dark Forces at Chase Monument, Chase Post newspaper journalist Sarah Taylor reported that "paranormal investigators are set to swoop on one of the area’s oldest monuments to find out what dark forces lie beneath it." As the newspaper noted, "a team of real-life ghost-busters" had determined that the area of Gentleshaw that surrounds Castle Ring lay upon what was described as a "psychic fault." Certainly, the whole area surrounding Castle Ring has been a hotbed of weird activity for years – and not all of it revolves around weird beasts.

For example, commenting on the mountain of strange activity at the Ring, Sue Penton – of Paranormal Awakening, a group affiliated to the Association for Scientific Study of Anomalous Phenomena – said: "There have been reports of strange music being heard up there. It is such a high place there have been lots of UFO sightings there, too." 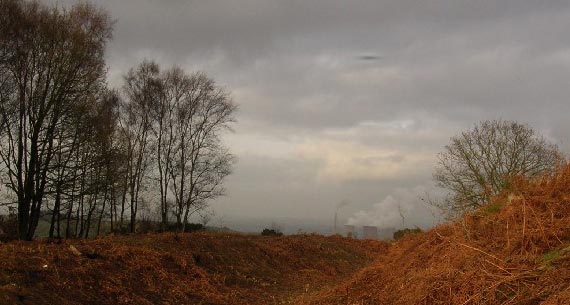 The comments of Sue Penton were echoed by Graham Allen, then of the Etchinghill, Rugeley-based Staffordshire UFO Group: "Obviously, Castle Ring is the highest point on the Chase which makes it a good place for UFO spotting. There have been numerous incidents of UFOs, which could be because you are more likely to see something from a high point."

Graham Allen elaborated to the press on what he knew about the mysteries of Castle Ring: "There have been reports of something landing there in the 1960s. From a research point of view there are a high number of reports around ancient sites. One argument could be that ancient sites have been located there because of the incidents of UFOs and natural phenomenon. There could be locations where there could be magnetic influences in the ground which have been attributed to earth lights."

Moreover, relatively close to Castle Ring is an old, disused windmill, which, it is widely believed by local folklorists, was built upon nothing less than an ancient, pagan burial ground. Ghosts of the miller’s children, who allegedly suffocated in a flour silo, are said to haunt the mill to this day, and legend tells of a strange black, humanoid figure that manifested just before the tragedy occurred. Could this perhaps have been the very same, dark figure that Alec Williams saw near Castle Ring in 2004?

Equally as strange are the reports that come from the nearby village of Cannock Wood – from which Castle Ring lies in a northwest direction – of a ghostly nun reported seen in the vicinity of an ancient well where water was once dutifully gathered by local villagers. 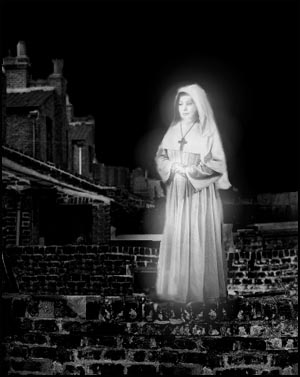 In September 2005, local media reported that the aforementioned Paranormal Awakening investigation group had recently completed a nighttime investigation of Castle Ring in an attempt to chronicle the strange activity that had been reported there for years. It was an investigation that proved to be immensely profitable.

A spokesperson for the group said, after the experience was completed: "The Cannock Chase local authorities were kind enough to give permission for PA to conduct its research. Indeed, we are extremely grateful to them for being so open-minded as to allow us to conduct our research at this historical and most important monument. The group’s results are stunning and have created yet more questions than we have answers. We appear to have obtained a very strange mix of UFO and genuine paranormal activity."

As for the specific nature of that activity, this was made public midway through February 2006. The Chase Post elaborated on the revelations: "A paranormal investigations group say they have evidence of strange, dancing lights and ghostly figures at the area’s most ancient monument." On one tape, said the Post, one of the group’s members is heard to exclaim: "Tell me that isn’t a big black shape walking towards me." The Post added that: "A mystery make voice responds, 'There is!'"

Lest we forget, large, walking, dark shapes and strange lights were both staple parts of Alec Williams’ May 2004 Bigfoot-like sighting at Castle Ring, too. But the story is far from over. In a future article I'll highlight the most recent reports of high strangeness at Castle Ring, which are as creepy as they are monstrous...

Strange Syndromes: Have You Been Experiencing Symptoms?