On the silver screen, and in the printed pages, it has felled death-dealing aliens and marauding robots, and has even destroyed worlds and entire galaxies. It is easily the most awesome weapon of mass destruction, and is one of the most recognizable motifs within the annals of sci-fi. It is the death-ray. One of the earliest examples of the usage of such a weapon, in the form of what was described as a “Heat-Ray” device, appeared in H.G. Wells’ novel of Martian invasion: The War of the Worlds. As a result of the overwhelming popularity and success of Wells’ novel, many early sci-fi authors picked up on his highly original premise, and the deadly ray technology was often graphically shown in pulp magazines of the 1940s and 1950s as one accompanied by giant electric arcs, lightning-style flashes, and thunder-like crashes and roars.

With the advent of the laser in 1960 and its accompanying famous pencil-thin red light, however, the death-ray was quickly modified within sci-fi (partly as a result of the usage of such a device in the 1960s movie version of Ian Fleming’s James Bond story Goldfinger) and gained a new and more popular relation: the ray gun, perhaps most universally recognized in the form of the Phaser from Star Trek. Indeed, the American Heritage Dictionary defines a ray gun as: “A gun that fires a ray of energy, especially as depicted as a destructive weapon in science fiction.” 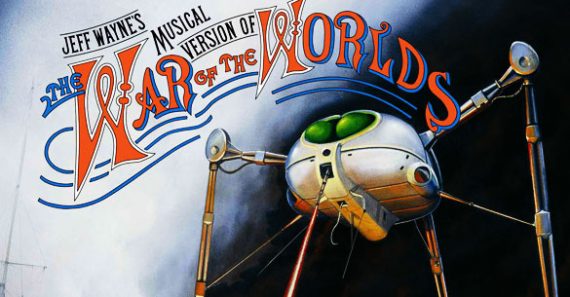 There are countless examples of the utilization of such technology in sci-fi circles: In the movie Aliens, soldiers are armed with a shoulder-carried weapon called the Plasma Gun. In the popular television series Babylon 5, the similarly named Phased Plasma Gun appears regularly. Resident Evil 3: Nemesis, a spin-off of the sci-fi meets horror computer game of the same name, features a device called the Paracelsus Sword, which is essentially a huge cannon that fires an all-destructive energy beam. And, of course, in Star Wars, Darth Vader and Luke Skywalker possessed their trusty light-sabers. 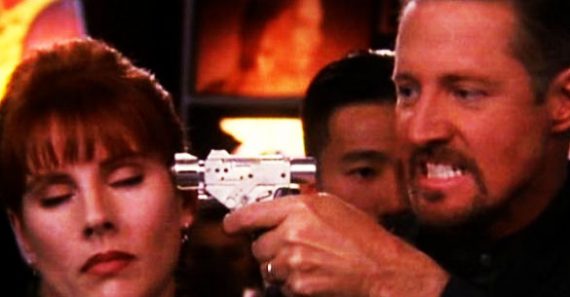 According to some, however, the classic death-ray of sci-fi is not merely, or specifically, a tool of fantasy writers. Rather, it is a very real, and very deadly, technology that has attracted the attention of the highest echelons of government agencies, and the scientific community, that have attempted to harness such deadly devices for their own, Top Secret, reasons. In some cases, decades ago.

Indeed, evidence exists to show that research into so-called death ray-type devices was undertaken in both the pre-Second World War era and in its aftermath, too. A media press release of June 6, 1934 begins: “A death ray machine was conspicuously absent today from the exhibition room of the National Inventors Congress, presumably at the request of the Federal Government. Its death-dealing potentialities were described to the congress last night by President A.G. Burns of Oakland, California. The machine, an invention of Dr. Antonio Longoria of Cleveland, resembles a motion picture projector, Burns said." 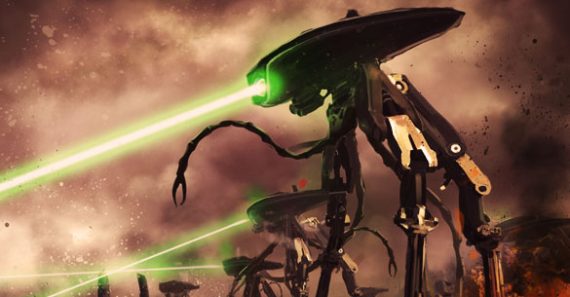 The story continues: “I witnessed a demonstration of the machine in Cleveland last October," Burns said. "Several Government scientists were there. Dr. Longoria turned the ray on rabbits, dogs and cats. They fell over, instantly killed, their blood turned to water. The same thing happened to pigeons. They fluttered to the ground and were dead when picked up. Because of the ray’s death-dealing possibilities, Burns said that Dr. Longoria readily agreed with Government scientists that the machine will be suppressed.”

On the same day, the following article appeared in various newspapers in Cleveland, Ohio: 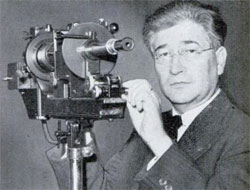 “An electric ray, whose death-dealing potentialities are said to be almost unlimited, will be suppressed until such time as it is needed for American defense, its inventor indicated today. Dr. Antonio Longoria, Cleveland physician and electrical engineer, informed that a report of his death ray had been made to the Congress at Omaha, said details of the machine would remain a secret until a foreign invader entered the United States. Dr. Longoria, who perfected an inexpensive violet-ray machine and the first electrical device to measure the speed of an airplane, declined to comment on reports that his ray had been suppressed by governmental request.”

Whether or not Dr. Longoria did indeed hand over the designs for his weapon to the US Government is debatable; however, according to Popular Science of February 1940, the doctor had decided that mankind would be far better off without the benefit of such a weapon: “Pigeons on the wing killed by death rays from a machine from four miles away - that is the feat reputedly accomplished by a deadly apparatus developed by Dr. Antonio Longoria, of Cleveland, Ohio, who recently announced that he had deliberately destroyed the lethal machine for the good of humanity." 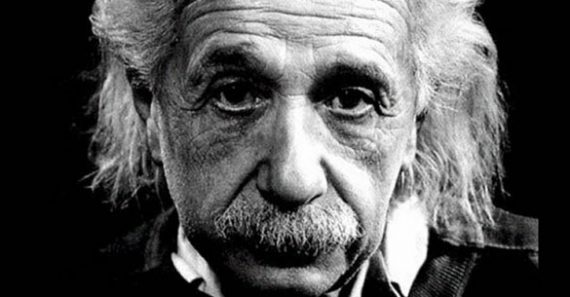 Possibly of some relevance to this kind of research is the following, February 15, 1957, extract from the FBI’s extensive file on Albert Einstein: "In May, 1948, [Einstein] and ’10 former Nazi research brain trusters’ held a secret meeting to observe a new beam of light secret weapon which could be operated from planes to destroy cities, according to the ‘Arlington Daily,’ Arlington, Virginia, May 21, 1948. The Intelligence Division of the Army subsequently advised the Bureau that this information could have no foundation in fact and that no machine could be devised which would be effective outside the range of a few feet."

Was the story simply a rumor and nothing else? Or, was the military's hasty dismissal of the Einstein issue evidence that certain secret research of a death ray variety had been compromised and, as a result, had to be swiftly denied as being of no consequence? Maybe one day we will know for sure. In a future post, I'll focus my attentions on where present day research into death rays is at...

The “Other” Alien Autopsy Films