North Country Roswell: A 1947 Report of UFOs over Canada

It was already a humid summer, and on July 8, 1947, things had only managed to get hotter in the American Southwest. Walter Haut, an Army Air Field public relations officer stationed near Roswell, New Mexico, had released a rather odd statement to the press, even for the summer of 1947: in short, Haut claimed that the field's 509th Operations Group had managed to capture one of the curious "flying disks" that had been making news headlines throughout the Western world.

The object, according to Haut's statement, had crashed landed at a ranch near the town of Roswell, owned by a local foreman named Mac Brazel. At very least, this had been the initial story, for later that same day Roger Ramey, Commanding General of the Eighth Air Force, had changed the official story, and now insisted that the object retrieved by the 509th had merely been a "weather balloon." The claim would exist in infamy within UFO circles, and for years afterward, serious ufologists and conspiracy theorists would continue to ask whether the story of meteorological balloons recovered at Brazel's ranch withstood the evidence provided by other witnesses to the bizarre events at Roswell, New Mexico, which seemed to indicate an encounter with something not of this world. 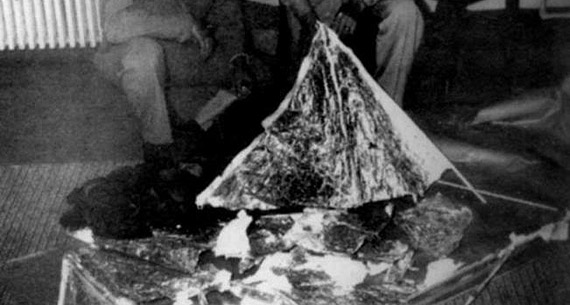 And all the while, though the Roswell incident would represent, along with pilot Kenneth Arnold's encounter with strange flying objects over Mount Rainier one month earlier, a new era of clandestine avionics known as Ufology, there were similar reports emanating from Canada around the same time that, while less popular, would nonetheless manage to still raise a few eyebrows even today. 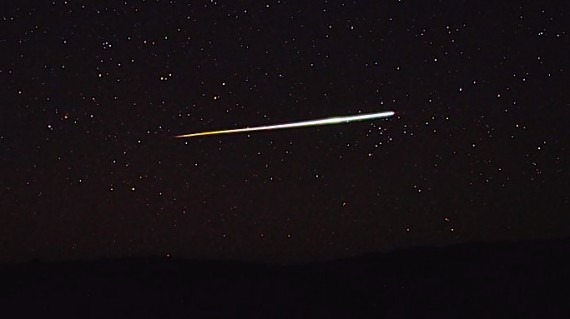 On July 3, 1947, just days before the report of the alleged object that crashed in New Mexico, the following report of an "unidentified flying object" was brought to the attention of the commanding officer of a local RCAF base, as compiled by Air Commodore W.W. Brown (whose signature appears near the bottom of the original memo). The information was supplied by the Summerside Detachment of the RCMP, and confirmed by the Summerside reporter for the area Charlottetown Guardian. The memo reads as follows:

Brenton Clark, a farmer in the vicinity of Augustive Cove, saw an object at approximately 10,000 ft east of his position moving southward at high speed. The time was approximately 17:45 hrs AST 3 Jul 47. It maintained level flight for some distance and then apparently dived earthward leaving a trail (apparently a vapor trail) behind it. After the object had disappeared the trail remained for some time. The object was round shaped and at the estimated distance appeared to be the "size of an apple". It appeared to resemble a shooting star and there was a considerable reflection of light.

The above report was confirmed by a local reporter who advised that he was informed by James Harris, a farmer in the vicinity of Summerside PEI, that he (Harris) and his hred man, Herman Linkletter, had seen an object in the same general position at the same time. It was moving southwestward and there was such a brilliant reflection from it that its shape was indiscernible. It was visible for approximately ten seconds.

The object, while reminiscent of a falling star, is described here as being circular in shape, according to one witness account. All those who witnessed the craft said it left a vapor trail, and that the object was visible for only a few seconds, with the vapor trail remaining apparent behind it in the air for much longer. All parties stated that the object seemed to reflect daylight as it traveled. But perhaps most compelling of all had been the fact that the object--whatever it had been--seemed to move parallel to the ground for a time, and then shoot off in the direction of the ground after that. While we can't assume that the craft had crashed like it's anomalous vehicular cousin allegedly did at Roswell a few days later, it certainly makes the multiple witness report detailed above a bit more compelling (and in fact, there were other official Canadian UFO reports around the same time, such as this one, though it seems likely in the latter instance that the craft had likely been a meteor).

So what was the mystery object seen over Canada only days before the alleged crash of an object, reported by Air Force officials at Roswell, New Mexico as a "flying disc" just a few days later?

An Alien Base in Alaska?