In 1999, Simon & Schuster published a novel titled Operation Thunder Child. The author was Nick Pope, a now-retired British Ministry of Defense man, and someone who - between 1991 and 1994 - investigated UFO reports for the MoD. When Thunder Child was released, some characters within the world of British Ufology wondered if Pope was trying to reveal more than a few government secrets about flying saucers, albeit under the carefully-crafted guise of a fictional story. 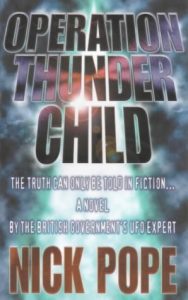 Whatever the answer, it's interesting to note that Nick Pope was not the only employee of British officialdom involved in the investigation of the unexplained who also focused on the worlds of sci-fi and fantasy. There are, intriguingly, far more than a few such characters that followed a similar - if not near-identical - path. And here's just a trio of them.

In 1915, a Lieutenant Colonel William Price Drury, the Garrison Intelligence Officer of the British Admiralty at Plymouth, England, prepared an extraordinary document for his superiors titled Report on the Dartmoor Floating (or Balloon) Light. It detailed a series of UFO-style encounters that occurred in the wilds of the moorlands of Devonshire  - where Sir Arthur Conan Doyle’s classic Sherlock Holmes novel The Hound of the Baskervilles was set.

On numerous occasions throughout the month, strange, brightly lit aerial objects were seen to move across the moors late at night, and that seemed to exhibit definite signs of intelligent control. Despite the fact that there were numerous sightings of the strange phenomena – Drury was himself a witness to the aerial activity - no definitive conclusion was ever reached and the affair was quietly filed away and classified as unexplained. But the world of the mysterious was one that Lt. Col. Drury had been acquainted with for years.

As far back as 1904, Drury had been writing adventure novels about a character he called “Mr. Pagett,” the first being The Peradventures of Private Pagett. Described as a “one-time private in the Marines, and now hostelry landlord, parish councilor, and vicar’s warden,” Pagett’s escapades were all of the "take it with a pinch of salt"-variety.

One such story, Pagett Meets a Sailor on the Moor, sees our hero crossing paths with the ghost of Sir Francis Drake – on the same moorland where Drury’s very own encounter with the unknown occurred in 1915. Coincidence, bizarre synchronicity, or was Drury possibly an early Fox Mulder type character, secretly undertaking investigations into the paranormal for his Government, and presenting them as thinly-veiled, fictional, paranormal stories? 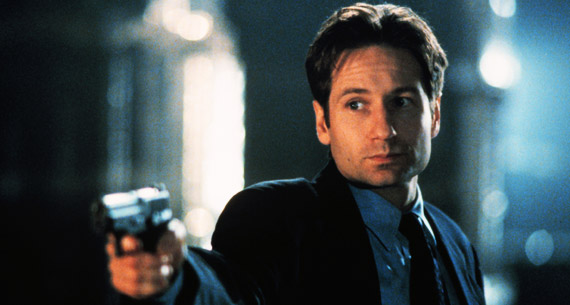 Drury is now long gone, as is, frustratingly, a conclusive answer to that question.

Dennis Yates Wheatley was born in South London on January 8, 1897 and joined the family wine business until World War One erupted. With the advent of the Second World War, Wheatley, by now a successful writer, submitted a number of papers to the Joint Planning Staff of the British Government’s War Cabinet, and was eventually asked to join them, subsequently becoming the only civilian ever to be given a commission in the Joint Planning Staff with the rank of Wing Commander.

Wheatley continued his career as a writer after the War, and ultimately penned more than seventy books, many on the domain of the supernatural, and perhaps the best-known being The Devil Rides Out. However, it is his 1952 sci-fi novel, Star of Ill-Omen that is perhaps the most intriguing, albeit certainly not the man's most memorable.

In the book, the hero, Ken Lincoln, a scientist named Escobar and his wife Carmen, are captured by huge Martian creatures known as the Bee-Beetles. They transfer the trio - in their flying saucer, of course - to Mars. Star of Ill-Omen reveals that the Martian world is a decaying and dying one, and it is the Bee-Beetles' intention to take over the Earth – after they destroy our civilization via a devastating atomic attack.

Now we come to a man named Ralph Noyes.

According to the biographical note on the dust-jacket of his 1985 novel, A Secret Property, “For nearly four years, until late 1972, Ralph Noyes headed a division in the central staffs of the Ministry of Defense which brought him in touch with the UFO problem...A Secret Property is not only fiction but also ‘faction’ - at least to the extent of drawing on Ralph Noyes’s lengthy background in the Royal Air Force and the Ministry of Defense.”

The description of Noyes that his publisher presented is made all the more provocative by virtue of the fact that, in a sci-fi format, A Secret Property specifically dealt with what is perhaps the most well known UFO incident within the British Isles: the alleged landing, on December 26, 1980, of an alien spacecraft at Rendlesham Forest, Suffolk.

Noyes added, regarding Rendlesham specifically: “The case itself is complex. I have given my own views about it - essentially that [Colonel] Halt and several others came face to face with a striking manifestation of the ‘UFO phenomenon,’ whatever that may be, in the December of 1980."

Taking all of the above into consideration, are we seeing evidence here of people with official ties to government presenting secret truths as science-fiction? Or, is the truth far more down to earth; namely that there were people in government who happened to be fans of sci-fi, and so they decided to write it, too? I'll leave those questions with you to ponder on...