Something Deadly in their Nightmares

A thing of dreams.

Marcus still wakes screaming in the night, the nightmare as fresh in his newly conscious mind as it was in sleep. However, the dreams aren’t as frequent as they were when he was younger, like the one he had at eight years old. “In the dream I was at my family reunion and there was a little boy maybe twelve years old, and he was chasing us around with a butcher knife,” Marcus said. 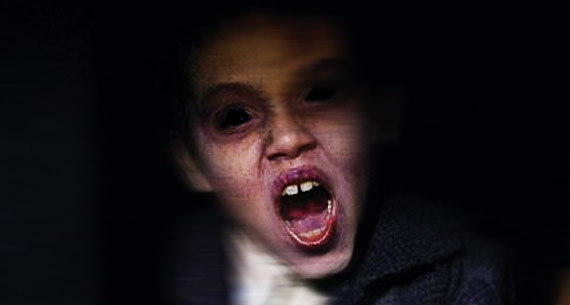 Marcus and his brother ran through this dream reunion, past relatives chatting and eating chicken and potato salad off paper plates, but no one else seemed to see this boy who chased them, this boy with pitch black eyes. Then the boy caught them. “He killed my brother and he came after me,” Marcus said. The knife-wielding, black-eyed twelve-year-old pounced on top of Marcus and raised the knife, still wet with his brother’s blood. “Right before he killed me I woke up.”

The dream fear clung to him like wet clothing, and Marcus realized he wasn’t alone. “Right on top of me sat the black-eyed boy from my dream,” Marcus said. “He was holding me down and I tried so hard to get away from him but I couldn’t move.”

The boy from the nightmare raised his hand and slapped Marcus’s left cheek. As the sting shot through him, Marcus sat up and the boy vanished. But Marcus knew the boy was real. “My cheek stung and I was crying so hard, and I was so afraid of what had happened.”

He tried wake his big sister, but she wouldn’t move, so he crawled in bed next to her and cried the rest of the night; he was too afraid to go back to sleep; years later, he’s still afraid. “I remember exactly what the boy looked like,” Marcus said. “He had auburn hair, was wearing a red, black and green-stripped sweater, and of course had completely black eyes.”

Lucid dreams, in which people seem to be awake during the dream state, sometimes bleed into consciousness. During sleep, our bodies become paralyzed so involuntary muscle movements don’t shake us awake. Sometimes in a deep REM sleep, when our dreams are the most vivid, we wake, and our dreams momentarily become reality. Then, sometimes, they actually are reality.

Lauren was sixteen years old when she met the dark man in a dream. “I was driving home from work and there was this other car that crossed the lane and made me wreck my car,” she said. “I heard sirens and looked over and saw him standing over me.” A tall, black shadow of a man loomed over her in the dream, his eyes red burned into hers. “Then I saw this really, really bright light then woke up.” That wasn’t the last time she saw the black shadow man. 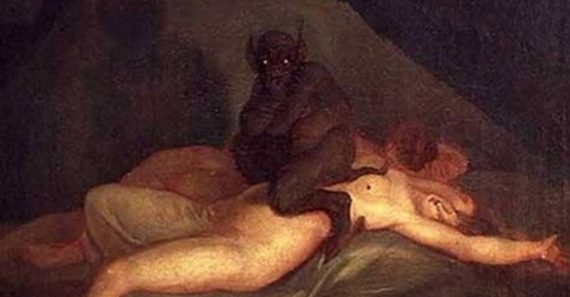 She woke one night to find her bedroom bathed in darkness. Lauren usually slept with her television and a nightlight on because she always felt as if she were being watched. But that night her TV and night light were off. “I had one window and a little light was coming through so I could kinda see the shoulder and half the head of a tall shadow man with red glowing eyes just staring at me,” she said. “I laid there staring at his eyes not able to think or move or feel anything. It was like it had a trance on me or something.”

During this trance she couldn’t close her eyes. “I had a fan blowing right on my face and I never once blinked,” she said. “When I felt like I could move again I sat up never taking my eyes off of him, and when I sat up my eyes started to burn really bad and started to water, so I blinked.” When she opened her eyes again, the dark figure was gone, and she lay down and went back to sleep.

Lauren has seen it since, fleetingly. The shadow man occasionally flitters across the street only to disappear as she focuses on it. “When I see him its like time stops,” she said. “I can’t move, I can’t blink, I can’t do anything till he is gone.”

But her initial death dream brought on by this dark, sinister figure haunts her still. “I still don’t drive to this day,” she said. “In fear that I will die the way I did in my dream.”