Talk is Cheap: The Debate over Bigfoot Language and Culture

In Jeff Long’s 2001 book The Descent, one of the story’s main characters, a nun named Ali, is searching for evidence of a “mother tongue” amidst an underground race of proto-human primitives called “hadals.” She believes these creatures may have not only shared language with ground-dwelling humans in ancient times, but could even have been first to develop such verbal communication, and thus they might have even taught humans how to speak. 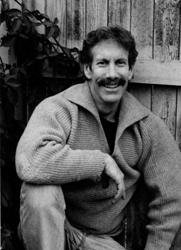 Fiction can often lend itself toward interesting lines of speculative thought, and while the vast underworld author Jeff Long details in book exists purely in the realm of fantasy, I have often wondered all the same as to how aspects of fictional works like The Descent might be similar to aspects of our known reality. Discussing this with a friend recently, we joked that the closest thing to real “hadals”—the beastly non-human earthlings featured in Long's book—would have to be the Sasquatch of cryptozoological fame. But how does the study of Sasquatch come into the discussion about the origins of human language and culture, and is there anything at all that we can learn from taking such a different approach to understanding what a creature like Bigfoot really is, and thus how better to predict how it might behave?

Looking back almost a decade, one of my earliest published articles on this subject dealt with the question of whether Sasquatches, if they exist, could actually have a language. My attitudes toward the existence of cryptid beasts have changed somewhat over the years, of course; while I'm not what I would call a "doubter," I am certainly more cautious these days about taking for granted the "evidence" of Bigfoot, and mistaking it as absolute "proof" of their existence. Nonetheless, I still feel that if such creatures might one day stand even a hope of a chance in terms of being accepted by science to be real, flesh and blood entities, there might be things we can learn from the contemplative study of their more humanlike aspects. On the other hand, taking the same ideas into consideration from a sociological perspective might lend itself to understanding the interrelationship between these animals, and human perception of their existence; in which case the question of whether or not they really exist might become null and void.

Returning to the discussion of Sasquatch language, in my original piece Voices in the Dark: Do Sasquatches Have a Language? I looked at what factors led to the categoric classification of language, based on the research of linguists such as Charles Hockett and Noam Chomsky. I then applied this to the claims of those who had actually said they managed to hear verbal discourse between Sasquatches during various encounters (Bobbie Short of the Bigfoot Encounters website has the article archived here). In the article, I noted that, "until proven under biological conditions, we may never know whether or not the Sasquatch is really anything more than a figment of our collective imaginations. But for the time being, the more we can learn about them, the closer we may come to actually providing the hard evidence for which we've searched for so long. So we might as well turn over every stone we can, no matter how strange the notion behind them. For all we know one day we may be able to learn much about the Sasquatches from their language alone."

By this, what I intended to convey was that, if such creatures presumed to exist like the Sasquatch do indeed use verbal communication (like many other animal species are now known to do), could it possibly tell us other things about their behavior, and whether they might utilize rudimentary roots of "culture" which might help us, for instance, understand the kinds of pattern behavior similar creatures (namely humans) might exhibit? Maybe one of the chief reasons we've had such a hard time studying animals like Bigfoot has to do with the very fact that we have perceived them for so long as being merely that: animals.

Taking a leap of faith on "the big if" here for a moment, if the creatures exist, perhaps a more successful approach to their study would be to presume they are something more along the lines of an indigenous surviving clan of primitive humans living in remote clusters throughout parts of North America, and perhaps even in other parts of the world just as well.

Granted, thanks to the popularity of programs like Finding Bigfoot and other television shows that have scraped the bottom of every barrel in an effort to provide new, compelling content dealing with cryptozoology, abstract ideas such as whether or not Bigfoot may use language is much more widely known and discussed today than it was back in 2004, when I first published Voices in the Dark, which appeared in Fate Magazine. However, these same shows that might popularize such ideas still seem to employ a method of study that takes for granted that the beasts are likely simple-minded animals, rather than being cunning enough to elude humanity for so long based on complexities more akin to humans wielding at least some remote aspects of a culture. On the other hand, it might be argued just as well that if elements of a primitive culture did exist among Sasquatches, they would leave far more evidence of their presence as they moved about... again making a presumption that the creatures are nomadic, as has often been asserted about their behavior.

Many would argue that "talk is cheap" with regard to speculative thinking of any kind, in relation to creatures like Bigfoot that are, at present, presumed by mainstream science not to exist. And yes, while there is compelling evidence of their possible existence, nothing yet has confirmed, without question, that any such animal is real. Further complicating the matter is the fact that these animals, by virtue of appearing to resemble humans so closely, cannot be distinguished from possibly being men in ape suits, even in some of the better instances of Sasquatchery that appear on-screen. But if the fact that they so closely resemble us is indeed one of our chief problems in relation to their study, again it seems logical that thought applied to their potential existence might be in need of a makeover, and that rather than the "big dumb animal" approach, a more thoughtful approach to how proto-human life on Earth might behave could be in order.

Applying such thought may never succeed in proving Bigfoot's existence... but we might still learn something valuable all the same. After all, there are times where the study of Bigfoot seems to have a lot more to do with studying the stranger aspects of human thought and culture, rather than the real potential for their being a living, breathing monster somewhere out there.

A Circle of High Strangeness