One of the many things that I was pleased to find when I moved to Texas to live twelve years ago, is that the Lone Star State has a rich history of accounts of werewolf-type beasts and mysteriously over-sized wolves on the loose. For example, in 1845, at the Devil’s River near Del Rio, south-west Texas, a boy living at San Felipe Springs reported seeing several very large wolves and a creature, with long hair covering its features and that looked very much like a young girl, attacking a herd of goats.

A hunt was quickly launched by frightened locals, and on the third day the girl was sighted again and cornered in a canyon. She was not alone, however. Rather, she was with a pack of wolves; one of which was shot after it attacked the hunters. The girl was captured and taken to a nearby ranch, where she was quickly locked within the confines of a seemingly secure room. That was not the end of the story, however.

After the sun had set, a large and marauding wolf-pack closed in on the ranch and duly surrounded it. Needless to say, the farm animals became terrified, chaos enveloped the ranch as the wolves attacked, and the girl escaped. For seven years, she remained hidden. In 1852, however, a surveying crew that was exploring a new route to El Paso caught sight of her on a sand-bar on the Rio   Grande: she was with two wolf-pups and quickly vanished, never to be seen again. 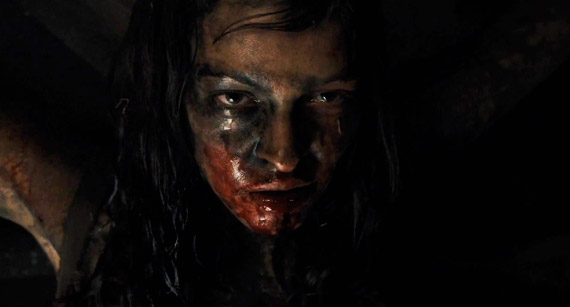 Was the girl a feral child, raised in the wild by wolves? Was she a classic shape-shifting lycanthrope or something else entirely? The passage of time has effectively ensured that the mystery of the Devil’s River Wolf-Girl remains precisely that: a mystery.

The June 2, 1888 edition of the Dallas Morning News included a notable account story with the eye-opening title of A Huge Wolf Killed, Big as a Yearling. The newspaper reported: “Frank Boshore, a farmer living near the city, killed and brought to town yesterday one of the largest gray wolves that was [sic] ever killed in this country. It was nearly as tall as a yearling calf. These animals have been a great disadvantage to the community, one man saying that he had been damaged at least $1,000 by them on sheep.”

Is it possible that perhaps some sightings and reports of werewolves were, in reality, based upon encounters with real wolves, albeit of a monstrous size? It is a theory that should not be ignored. In her book Hunting the American Werewolf, Linda Godfrey suggested that at least some of the unknown creatures seen in the forests and woods of the United States and perceived as being werewolves might actually have been surviving relics of beasts collectively known as Amphicyonidae, or “dogs of doubtful origin.” 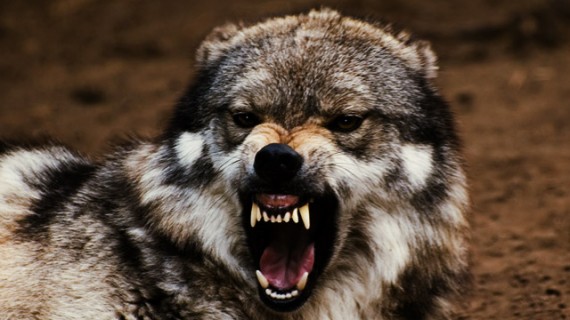 A fierce combination of large bear and muscular dog, one such creature that fell into this category was the Amphicyon, a powerful, imposing and deadly creature that lived in the Miocene era, some twenty-three to five million years ago, after which time it became extinct. Or, perhaps it might be more correct to say that it is assumed to have become extinct.

Hunt for Phantom-Like Animal was the headline that jumped out of the pages of the January 29, 1908 edition of the Dallas Morning News. As the newspaper revealed, some sort of large animal – described variously as a giant dog or wolf – was wreaking havoc, death and destruction on a large scale throughout Waco, and had been doing so for a full month. Pigs, dogs, ducks, geese and hens were both slaughtered and eaten.

Not only that: there was talk of the beast being almost spectral-like in nature. According to the Dallas Morning News, those who had seen the wolfish entity described it as “passing like a phantom, jumping fences from one lot to another, elusive and shadowy, except where the use is made of teeth and claws.”

The newspaper added that: “The McLennan County Fox Hunters’ Association with their best hunters declare that while they have been able to capture big wolves, red and gray foxes, bob cats and catamounts, they are baffled by this peculiar beast.” Whatever the ultimate nature of the creature, it abruptly vanished into the moonlit night as mysteriously as it had first appeared. 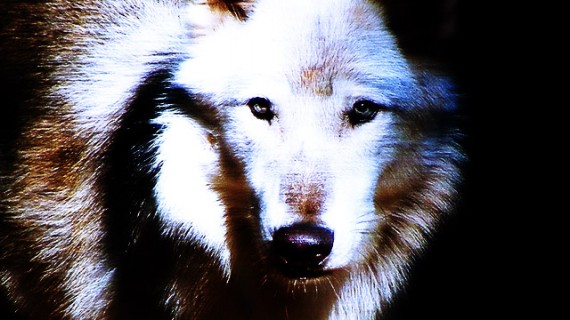 Without doubt, one of the most intriguing reports was that of Mrs. Delburt Gregg, a resident of the East Texan town of Greggton, which can be found near Longview. It was a suitably dark and stormy night in July 1958, when Mrs. Gregg was stirred from her slumber by the sound of something scratching at the screen-window of her bedroom. For a moment or two, she was puzzled.

That is, until a bright flash of lightning lit up the room and revealed to a horrified Mrs. Gregg the image of a “huge, shaggy, wolf-like creature” that glared at her from behind the screen with “baleful, glowing, slitted [sic] eyes.” As Mrs. Gregg jumped out of bed and ran to grab a flashlight, the beast bounded into the cover of nearby bushes and was lost from sight, never to return.

The legend of the Wolf-Man of the town of Converse was an intriguing one. So the story went, in the 1960s, a classic werewolf-style beast slaughtered a young boy at the ominously named Skull’s Crossing. The boy’s father had apparently dispatched his son on his first – and, as fate would tragically have it, his last – hunting trip. Whereas the boy should have been the hunter, however, he sadly became the hunted. As the boy entered an area of dense woodland, he found himself stalked by the beast and quite naturally fled home.

His father, however, merely laughed at the seemingly tall-tale and told his son to go back into the woods and make his first kill. That would be the last time that father and son ever spoke: a search-party sent to look for the boy after he failed to return home later that night, found a monstrous werewolf leaning over his body and savagely devouring it.

As I well knew, the story was, of course, a controversial one: some researchers preferred to relegate it to the worlds of folklore, rumor and “friend-of-a-friend”-style tales of a type told around a campfire late at night. But, nevertheless, the dark legend of the Converse Werewolf continued to quietly thrive among the town’s populace to this day.

And, in view of all the above, I'm sure I'm far from being done with stalking the werewolves of Texas...