The World’s Most Bizarre Living Fossils

A living fossil is an animal that has managed to survive millions of years without changing their body structure.  They also have few living relatives.  In other words, these animals are prehistoric leftovers that somehow survived major extinction events. As a result living fossils are strange in appearance and a rarity to be seen. 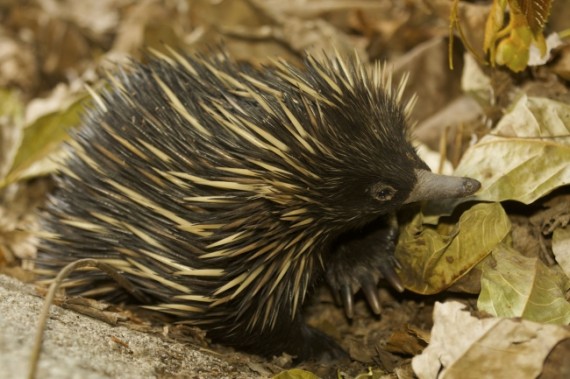 If you think the platypus is a strange mammal wait till you see its fellow member of the monotreme order, the Echidna, who looks like Sonic the Hedgehog with a duck bill.

Like the platypus the Echidna lays eggs.  They are the only two living mammals to do so.   The platypus, though, gets all of the publicity in the strange animal department, perhaps because it has a better PR person.

The echidna's weirdness does not end at looking strange and laying eggs, however.   Male echidna's have four headed genitalia, which puts it head and shoulders above the platypus in the weird department. 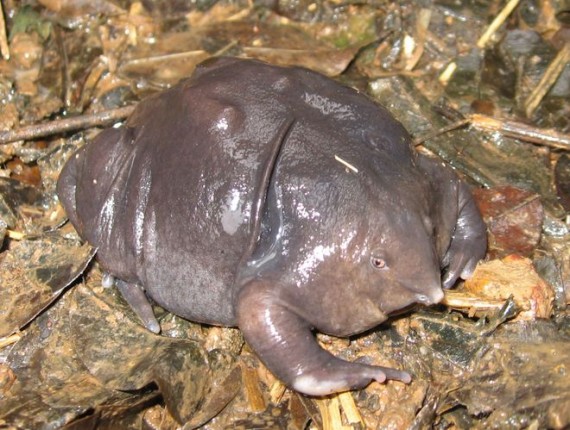 Don't snicker or cringe too much at this purple blob.  This guy has been around a lot longer than we have.  He walked, well more likely waddled, around with the dinosaurs.

The purple frog was discovered just 10 short years ago in 2003 in the remote mountains of India.  It was a rare find.  While new species of animals are discovered all the time (about 75 a year on average), they usually are related to other known species.  This frog is in a class all its own with no known close relatives hopping around.. 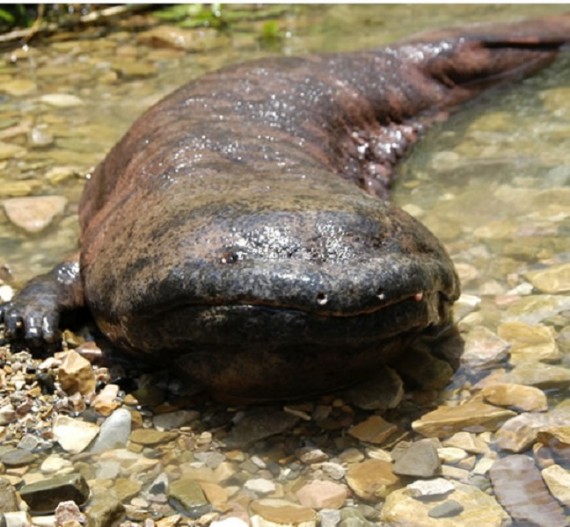 The world's largest salamander has been around for 30 million years.  It can grow up to 6 feet long.  Due to habitat restraints it rarely grows that large today, but it still gets horrifyingly huge.  No worries, though, the Giant Salamander is harmless to humans.  However, that hasn't stopped us in helping wipe them out by eating them as a delicacy.  That combined with its shrinking habitat makes the giant salamander a critically endangered species.

The goblin shark hangs out in the the deep ocean which is a good thing considering it is one of scariest looking fish I have ever seen. It is 8-10 feet long and hunts for prey in the dark ocean deep by using its elongated snout, which contains organs that are "electro-sensitive."   I am not entirely sure what "electro-sensitive" means, but I assume it is science talk for "demon sorcery."

It is harmless to humans.  You can read that as much as you want to, but it will not stop you from being horrified by this bizarre creature.  It is animals that look like this that make people fear going in the water.

Do you know any weird living fossils? Tell us in the comments below!

Haunted by an Amorphous Blob