The “Other” Alien Autopsy Films

On May 5, 1995, a highly inflammatory piece of film-footage was shown to a select audience at the Museum of London, England, by a man named Ray Santilli. Thus was born the controversy surrounding the now-notorious Alien Autopsy film – a controversy that raged for more than a decade. On April 4, 2006, however, everything changed. Britain’s SKY Television show Eamonn Investigates revealed that the infamous Alien Autopsy film, that tantalized and intrigued so many for years, was not what it appeared to be.

Ray Santilli told host Eamonn Holmes that he was responsible for the creation of the footage, along with colleague Gary Shoefield and special-effects expert John Humphreys, who worked on the British sci-fi show Dr. Who and on the fantasy movie Charlie and the Chocolate Factory. Santilli continued to assert, however, that he did secure original footage from a still-unidentified cameraman which appeared to show a real alien autopsy, but which was in very poor condition. The result: what was presented to the world was "restored footage."

Inevitably, most researchers - from that moment on - dismissed the AA film as being of no real, meaningful consequence. There are, however, certain aspects to the matter that still provoke interest. One being that a number of stories exist of witnesses who claimed to have viewed eerily similar footage, but decades earlier.

The British UFO investigator, Jenny Randles, made an intriguing comment with regard to an offer of alleged Top Secret documents on crashed UFOs that had been made to her in late 1986 by a British Army source that she calls “Robert.” According to Randles, Robert had then recently left the military and had personal access to certain UFO files that had been surreptitiously removed from Wright-Patterson Air Force Base, Dayton, Ohio, and provided to the British Army by a source at Wright-Patterson.

From there, sources in the Army were determined to forward this documentation on to Randles for circulation and dissemination to the public. The transfer of the classified material to Randles never occurred, however, and to this day she remains unsure of what motivated this bizarre episode. Her comments on this strange, cloak-and-dagger episode are notable, however, and highly relevant to alleged film footage showing an alien autopsy.

Within the files that Robert described to her in 1986 were photographs that sound very much like images that had been lifted directly from the Alien Autopsy film: “Bear in mind,” Randles said, when I interviewed her specifically on the matter in 1997, “1986 was years before the Autopsy film surfaced. In fact, the connections with the Autopsy film and with what Robert told me are chillingly similar. One of the impressions that you get from viewing the Alien Autopsy footage is that the body is very human-like; and is around five foot in height. I have to say, it struck me as soon as I saw the footage that this was very similar to what Robert had described.”

Two reports that may have a bearing on this issue came from the premier collector of UFO crash-retrieval accounts, the late Leonard Stringfield. In 1980, in The UFO Crash Retrieval Syndrome, Stringfield related the testimony of a former “Air Force radar specialist, who in the spring of 1953 was “summoned to view a film at the base theater” while stationed at Ft. Monmouth, New Jersey. 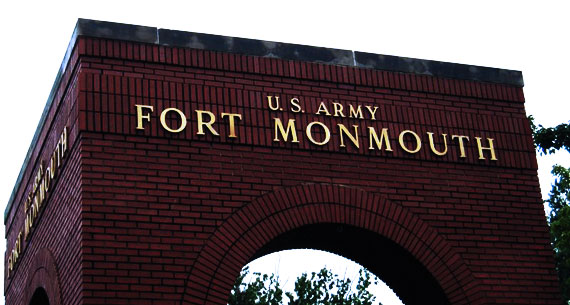 The film, Stringfield was told, showed “a desert scene dominated by a silver disc-shaped object embedded in the sand with a domed section at the top.” The source of the story advised Stringfield that the UFO had been recovered in New Mexico in 1952. It was fifteen to twenty feet in diameter and was surrounded by “ten to fifteen military personnel dressed in fatigues.”

Stringfield’s informant told him that the movie then jumped to another scene. According to the man’s recollection: “Now in view were two tables, probably taken inside a tent, on which were dead bodies. Two were on one table; one on the other. The bodies appeared little by human standards and most notable were the heads, all looking alike, and all being large compared to their body sizes. They looked Mongoloid, with small noses, mouths, and eyes that were shut.”

Interestingly, Stringfield was told that the man and his colleagues were ordered by a superior officer not to discuss what they had seen with anyone and merely to “think about the movie.” Two weeks later, T.E. was told: “Forget the movie you saw; it was a hoax.” 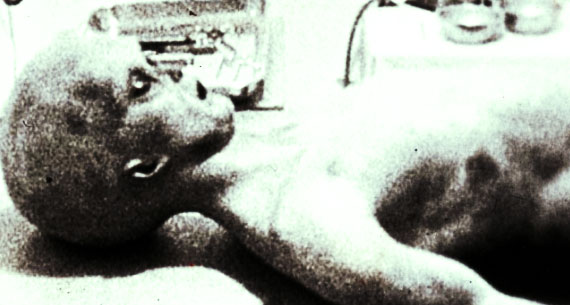 Stringfield’s source added that: “The 5-minute long movie was not a Walt Disney production. It was probably shot by an inexperienced cameraman because it was full of scratches, and had poor coloring and texture.”

Interestingly, the description of the film being of poor texture, and the fact that it seemed to have been filmed by an inexperienced cameraman, seems to tally very closely with the out-of-focus, poor-quality segments of footage that Ray Santilli thrust upon the world in 1995. Also tallying is the fact that the footage described to Stringfield was first presented as real, but then, afterwards, relegated to the world of hoaxing. 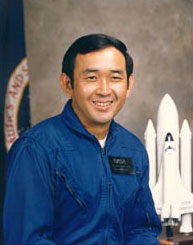 Similarly, in his report UFO Crash/Retrievals: Is the Cover-Up Lid Lifting? Leonard Stringfield wrote: “In 1985, Chris Coffey, of Cincinnati, who was a close friend of astronaut Ellison Onizuka, revealed to me that she had asked him when they met after one of his visits to Wright-Patterson AFB, about his interest in UFOs. He admitted he kept an open mind on the subject and added that his curiosity was aroused when he and a select group of air force pilots, at McClelland AFB in 1973, were shown a black-and-white movie film featuring ‘alien bodies on a slab.’"

Stringfield continued:  "In his state of shock, he said he remembered saying aloud, ‘Oh, my God!’ Chris, knowing my work in C/R [Crash/Retrievals], had arranged for me to meet Onizuka to discuss UFOs after his scheduled flight on the space shuttle Challenger. As it turned out, fate intervened when the shuttle exploded."

For most people in UFO research, the AA film is dead and buried. And maybe that's exactly where it should stay. But, I'm still not sure we have the full story behind it...