America’s Out of Place Animals

As many readers of Mysterious Universe will know, one of my biggest interests - when it comes to the domain of all-things weird and Fortean - is the field of Cryptozoology. Or, in simple terms, the study of unknown animals, mysterious beasts and monsters - call them what you will. But, there are other categories of animal that, for some - but certainly not all - creature-seekers also play a role in how we define Cryptozoology. They are the out of place animals.

It goes without saying that the British Isles are not home to large, black, exotic cats. Yet, numerous people - all across the nation - report seeing them every year. Out of place wallabies are common in both the UK and the United States. Australia has a huge number of incidents on record of large cats on the loose, eerily resembling their British cousins. And then there's another type of creature that falls into this particular category: the camel. Say what? Yep! 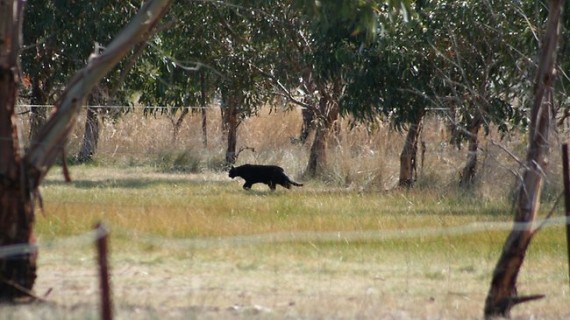 It's a little known fact that, now and again, reports of camels - sometimes solitary but often not - surface from the deserts of the American southwest. Of course, as with the big cats of Australia and the UK, camels are most assuredly not supposed to be running wild in the United States. But, that hasn't stopped people from seeing them. And reporting them too. I have a number of such case-reports in my files.

So, with that said, from where did America's camels come? And why are they roaming around desert environments, utterly oblivious to the amazement they provoke in the people that see them? Let's take a look.

Back in the mid-1800s, the U.S. Army was acutely aware that the weather in the deserts of the southwest could be particularly torturous at times and that its horses often did not fare well when faced with the overwhelming heat (living in Texas, I know the feeling!). So, they came up with the idea of using animals that were far better able to withstand the heat than horses. A thought crossed military minds: why not create a U.S. Camel Corps that could be used as pack animals for the transport of sundry military items over vast arid distances? Well, that’s precisely what the U.S. Army chose to do. 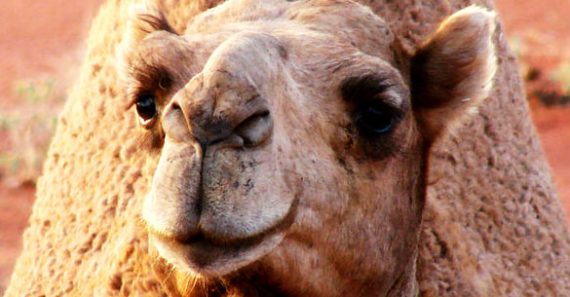 As far back as 1836, during the Seminole Wars in Florida, one Major George H. Crosman chose to use camels instead of horses while fighting the Native Americans of the area, chiefly because the humped animals required very little in the way of sustenance. Problematic, however, was the fact that the Army’s horses seemed to have an unfathomable fear of the camels, and as a consequence inter-species fighting became a regular, chaotic sight. Thus the camels and the horses had to be kept well apart at all times, which did pose a bit of an issue for the military.

But certain influential people in the Army took careful note that a great deal of money and resources could be saved by using camels in campaigns where the temperature was high and the ground was dry. It was during the American-Mexican war of 1846 to 1848 that this hit home with the U.S. military, when the harsh conditions really took their toll on their horses. But, there were still concerns about the feasibility of having whole swathes of the military go from using horses to largely untried and untested camels.

That all changed in March 1855, however, when Congress passed a bill allowing for $30,000—a fairly impressive sum of money at the time—to be allocated to a project that would determine if the idea of a camel corps was worth pursuing, long-term, short-term, or not at all. This meant an overseas trip was in order for those assigned to the project. As a result, and three months after Congress approved the plan, a team working to the orders of a Major Henry C. Wayne boarded the USS Supply for a trip to distinctly faraway destinations.

The entire trek took months, but finally led to Wayne’s team securing 30 camels from a seller in Smyrna, an ancient city on the Aegean Coast of Anatolia, which today comprises most of the Republic of Turkey. Ten months after it left the United States, the unit was finally home, its quarry completely intact. Its first port of call was Indianola, Texas, where the initial batch of camels took their first steps on American soil.

All went well initially, and the camels were used routinely by the U.S. Army throughout the Southwest on missions that would probably have ended in death and disaster had the military been wholly reliant on horses and mules, as had previously been the case. But things changed for the worse when the American Civil War broke out in 1861. With the entire nation plunged into chaos, the military was thrown into a state of carnage, with Americans fighting and killing fellow Americans, and there was no-one around to take care of the camels.

The result was that some of the camels, which by the start of the Civil War had been housed on military land in California, Texas, Arizona, and New Mexico, were sold to zoos, circuses, traveling menageries, and ranchers. A sizable number had the good sense and instinct to make their escape, and others were secretly released into the wild by the animal-loving soldiers whose job it had been to care for them.

As a result, they began to live in the wild in the deserts and woods of the southwest, along with their ever-expanding number of offspring. Sightings of the huge beasts and their descendants were reported across the Southwest for decades, with the last encounter surfacing from Douglas, Texas, in 1941. Actually, the 1941 event was the last believed and accepted date upon which such a sighting was made. But maybe it wasn’t actually the last encounter, after all.

I have reports on file as late as the early 1980s - highly credible reports, too - from the deserts of Arizona, New Mexico, California, and south Texas. Does the camel still really roam the United States? Of course, I can't say for sure, but what I can state with certainty is that such tales are as captivating and entertaining as they are intriguing. And maybe they are not just the stuff of folklore and urban-legend. Maybe the camel really has made a permanent - albeit stealthy - existence in the American southwest.

The mysteries Of The Round House Part I – Dark Rituals