Attack of the Deranged Vampire: A Pairing of Tall Tales?

The story was as good as anything you might see in films or on television, and certainly would have been familiar to a generation that was soon to be exposed to the weekly soap opera known as Dark Shadows. And yet, the story of a strange blood sucker that was attacking North Carolina residents was nothing that had found its way off the silver screen, and into the impressionable minds of the American youth; this vampire was apparently very real.

Rural North Carolina is probably the last place you would expect to have a frightening encounter with a fanged, blood-drinking monster. Yet surprisingly, there is something of a history of not only "vampires," but the attacks of farm animals, and even humans that would lead to such claims. Reports of dogs and farm animals around the Bladen area, which were apparently killed by some "beast" that drained the blood of its victims, date back to the 1950s, as I recently recounted in an piece which featured a sensational-looking headline from the Balden area newspaper, the Robesonian. 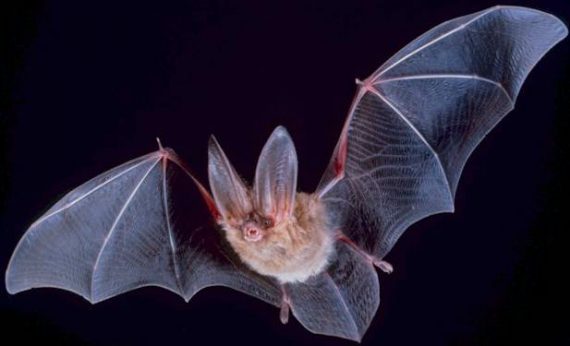 Granted, the likely culprit in this series of killings had been a large wild cat of some variety; perhaps a mountain lion. However, the exsanguination, or draining of blood, seems out of character for any known breed of wild cat. I had begun to wonder if this part of the story had been an embellishment, added to lend a bit of sensationalism to the otherwise unremarkable--though unexplained--elimination of farm animals around the town of Bladen. However, digging a bit deeper, it turns out that there were local legends of another "vampire," and of the variety that walked on two legs...

After reading my initial piece on the "vampire" of Bladen, a friend of mine sent along a newspaper clip, also from the Robesonian, which went to print decades after the story of the so-called "Beast of Bladen." In the editorial, featured in May of 1992, memories from the area were being recounted from ages past, and in addition to the stories of the town's alleged livestock-killing menace, there was also a bit about the "vampire" legend, which seemed to draw a clear distinction between the beast and any legends of a blood-sucking monster:

"There was another tale of a "vampire" in Robeson County that just grazes my memory from earlier days, but this one I have no details concerning other than it was apparently a deranged person wandering about the countryside in the general areas of Rowland and/or Maxton, attacking people and drinking their blood, but that's about all I recall. This one, I think, was finally caught and finally put away in a mental institution."

While the details procured here are somewhat anecdotal, it details more for us here than merely the story of a "deranged vampire" that had been (or at least may have been) attacking North Carolina residents near Bladen and surrounding communities decades ago. It also shows us how when peculiar phenomenon begin to occur within a general vicinity, there seems to be a tendency to lump all the stories together, and to create the false impression of there being some kind of continuum between them; in this instance, separate stories of a panther or mountain lion-like beast may have been paired with tales of a deranged fool that would attack people and bite their necks, presumably, in order to drink their blood. Thus, I can't help but wonder if the stories of the "panther" killings might not have adopted a few elements from existing area folklore (that is, if the "vampire" stories had already existed by the time the so-called Beast of Bladen made its appearance). If this were indeed the case, we might also wonder if the stories of exsanguinated animal bodies weren't a bit embellished, so as to accomodate for the existing urban legends.

To be clear, however, I think I should also point out that the aforementioned statement is merely speculative. Something else I often ask is why it seems more acceptable for someone to make such a claim, so long as they label it "skepticism". If one were to do the same, and label it "speculation" in favor of a slightly more bizarre theory, they would be called a crackpot (by the skeptics, of course).

But enough of my para-political fence-riding between belief and the skeptoid zone... the point is that, while I'm merely speculating, there is some empirical evidence for this sort of thing happening elsewhere. Perhaps one of the most famous (and terribly underreported) examples has to do with one of our favorite pet cryptids out there, the Mothman of West Virginia. Something that is all-too-often overlooked in relation the early stories of the Mothman is the fact that there were a number of different kinds of strange phenomenon being reported in the area, as author John Keel himself noted in his book The Mothman Prophecies, ranging from Bigfoot sightings, to the appearance of large birds. However, in all likelihood, these stories were not-so-cautiously lumped together by local media, who had also labeled the West Virginian "thing" as being a "Mothman."

Keel, looking back at the disparate reports from his own research in the area, would later on revisit the Mothman case with a slightly more skeptical approach:

"During our five lengthy visits to Point Pleasant we interviewed over one hundred monster witnesses, plus scores of UFO sighters. We began to suspect that "Mothman" was represented in only a small percentage of the incidents. It seemed that an Abominable Swamp Slob (i.e. Bigfoot) was also loose in the area. The witnesses to the real "Mothman" never saw any arms on the creature and their descriptions were impressively consistent. Others had been surprised by a giant, hair-covered, headless thing with broad shoulders."

Could it be that some reports of alleged "Mothmen" in the area had actually resulted from confabulation regarding reports of other things? It seems likely, especially if we take into consideration that area media may have helped somewhat with this. This isn't to say, however, that all instances of anomalous occurrence can be explained away in such fashion, but to instead draw attention to the fact that there may be times where experienced reporters, who are nonetheless novice paranormal researchers, may take less seriously the tales of oddity as they occur in a general locale, and tie together or misappropriate the facts in order to draw some kind of apparent continuum between subjects that are probably entirely unrelated. And then, of course, decades later the researchers of genuine anomalies are left to ponder the inconsistencies that emerge in such newspaper stories, long after many (or any) of the witnesses--or writers, for that matter--can be readily found for questioning.

The Demon Drink: Alcohol and Spiritualism