Cattle Mutilations in the UK?

Back in January of this year I gave a lecture for the Orange County, California chapter of the Mutual UFO Network, MUFON. While there, a member of the audience asked me if there had ever been any reports of cattle mutilations in the UK, where I was born and brought up. When I asked the man if he meant mutilations of animals by what might be perceived as extraterrestrials, he replied: "Yes." Well, that's a tricky one to answer. 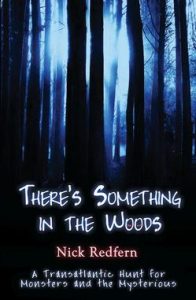 n my books There's Something in the Woods and Monster Diary, I discussed a variety of highly disturbing animal mutilation events in the UK. Some of those cases involved sheep. In other cases, cats were the victims. And in a few, horses were the unlucky ones. Moreover, I have also discussed other such incidents from the UK right here, at Mysterious Universe. Here's one example and here's another. But, I have to say that all the cases of animal mutilation I came across in the UK seemed to be linked to occult sacrifice, rather than to UFOs, as the links above will demonstrate.

I do, however, have one case in my files that, just perhaps, might indicate a UFO-cattle mutilation connection in the UK. In this case, however, it wasn't so much a mutilation as an interrupted mutilation. Or, maybe! To this day, I'm still not sure.

At approximately 8.30 p.m. on an autumn evening in 1985, a father and son were driving across the Cannock Chase (a densely packed and huge area of woodland that dominates Staffordshire, England) towards the town of Rugeley, having visited the nearby town of Penkridge to purchase a motorbike. All was normal until they approached one particular area of the Chase that the military used to use as a rifle range. 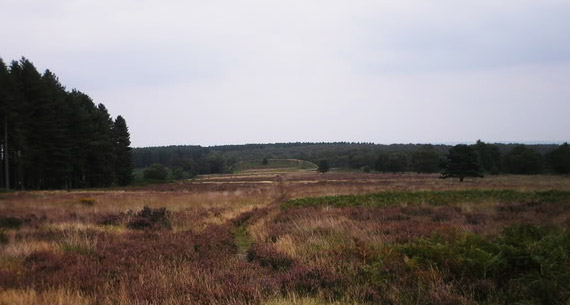 As they rounded a bend in the road, both the father and son were shocked and amazed to see sitting in the sky at a distance of around one hundred feet - and at a height of no more than one hundred and fifty feet - a large, black triangular-shaped object that was lit up by a series of three lights attached to its underside.

They screeched the car to a halt, jumped out and stared in awe at the incredible spectacle. For a moment, the object simply hung there in utter silence above the silhouetted trees of the forest, and then without warning shot away at an incredible speed. Both father and son looked at each other and then raced back to the car and headed home to Rugeley.

On arriving, the father telephoned Rugeley Police Station to report what had occurred. Interestingly, the police responded immediately and two uniformed officers arrived on the doorstep post-haste. Detailed witness statements were taken from the two men who, significantly, were informed by the officers: "You know, you should never have got out of the car."

Precisely why this should have been the case was never made clear; however, the police did admit that a report on their close encounter would be forwarded to the Ministry of Defense for analysis.

To this day, no explanation has been forthcoming as to why police at Rugeley responded with such speed to the report; however, the possibility that the police action was prompted by other, similar reports on the night at issue, or that the object was being test-flown by the military, must be given some consideration.

Of course, this case could be just another baffling UFO event. Except for one thing: only two days later, and at the nearby, aforementioned town of Penkridge, something decidedly strange and sinister occurred. 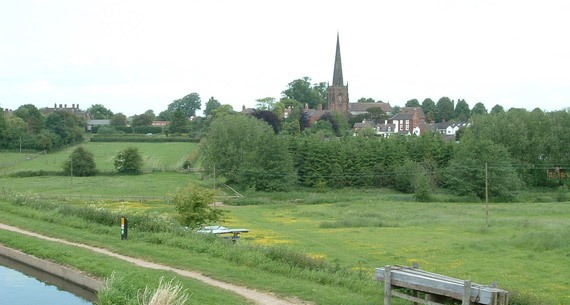 In this particular case, the prime witness had previously served as a military policeman with the British Army in Egypt. At approximately 4.00 a.m. on a weekend morning, and along with a friend, the man in question had driven to Penkridge to take part in a "duck-shoot" at a stretch of river that was situated on the fringes of local farmland. All was normal until around 5.30 a.m.

Suddenly, the man caught sight of a light in the sky that appeared to be moving in his direction and across the fields on the opposite side of the river. It was at a height of what he estimated to be approximately three hundred feet. He watched carefully and with mounting concern as the light came to a complete halt above one particular field and proceeded to fire a beam of light down to the ground. As it did so, the man was able to see directly illuminated in the beam of the object a herd of cows that were blissfully munching away on their breakfast of grass.

Astonished by what he was seeing, the man leapt to his feet; as he did so, however, three smaller lights came out of the larger one – two "swept off" and one, to his horror, headed straight for him.

"Don’t point your gun, whatever you do!" the man told me he said to himself. And so what course of action did he take? He made a run for it. Clearing a fence of not inconsiderable height, he ran to his friend who was busy at the car and blurted out what he had seen. Both decided to head back to the scene, but the lights had vanished. As for the cows, they were still eating breakfast, seemingly oblivious to all that had taken place.

An interrupted cattle-mutilation? Your guess is as good as mine. But, to be sure, it's a saga of strange and eerie proportions...