Ranton: A Magnet for the Macabre

One of the things that has long fascinated me is how and why certain places on our planet seem to attract an incredibly large amount of paranormal activity of an astounding and varied nature. I guess the best example would be Point Pleasant, West Virginia, USA. Most people would associate it with the legendary Mothman of John Keel's classic book, The Mothman Prophecies. And they would be right to do so. But, when sightings of the red-eyed winged-thing were at their height in the 1960s, the Men in Black were also making their presence felt in Point Pleasant. Animal mutilations were reported. Contactee-style UFO encounters occurred. The weird list goes on. And, notably, so do the weird places...

One particular locale that I know firsthand to be a hotbed of on-going weirdness is the old village of Ranton, Staffordshire, England, located only 30 minutes or so (by car) from where I grew up. The History, Gazetteer and Directory of Staffordshire - published in 1851 - describes Ranton thus:

"Ranton, or Ronton, is a small scattered village, five miles W of Stafford, comprising within its parish the scattered hamlets of Extolls, Long Compton, Park Nook, and including 320 inhabitants, and about 2670 acres of land, belonging chiefly to the Earl of Lichfield, and Francis Eld, Esq., and the former is lord of the manor, which, at the time of the Norman Conquest, was held by Goderick, a Saxon nobleman, and afterwards by the Noels and Harcourts. Swynfen Jones, Esq., and a few smaller owners have estates in the parish."

The book continues: "About a mile W of the village is Ranton Abbey, an extra parochial liberty of 700 acres belonging to the Earl of Lichfield. The ancient abbey was founded by Robert Fitz-Noel, in the reign of Henry II, for regular canons of the order of St. Augustine. Considerable remains of the abbey are still standing, including a lofty well-built tower, and the outer walls of the church. The abbey liberty contains 28 inhabitants and the Abbey House which is the seat of ED Moore, Esq."

Ranton has changed very little over the years, as can be firmly evidenced by the fact that according to the national census of 1991, the village’s population had by then only risen to 415. Yet, the amount of downright oddness in the area has certainly been considerable – and that’s putting it mildly indeed.

Back in the 1920s, for example, there occurred in Ranton a close encounter of the pixie kind, according to an elderly (and now, unfortunately, deceased) lady who personally related her account to me back in February 2000. It was in 1929, the woman recalled, and she was then five years of age when she witnessed the startling sight of a group of "tiny little pixies," all adorned in dark green clothing, and all prancing wildly around the large and mighty oak tree that stood at the foot of her parents’ back-garden. 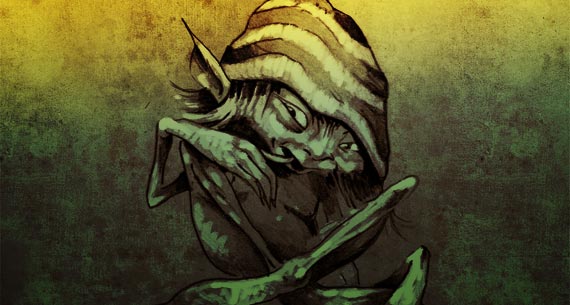 But what had begun as an overwhelmingly friendly encounter, with smiling little creatures that playfully tipped their hats in the direction of the entranced young girl, became far more sinister when the atmosphere changed dramatically and the little folk mutated into malevolent, sinister figures. The old woman explained that they slowly began to move towards her in a stalking fashion, complete with menacing frowns on their suddenly-wizened faces. Needless to say, the petrified witness fled for the safety of her home, never again to see the strange, unearthly parade. 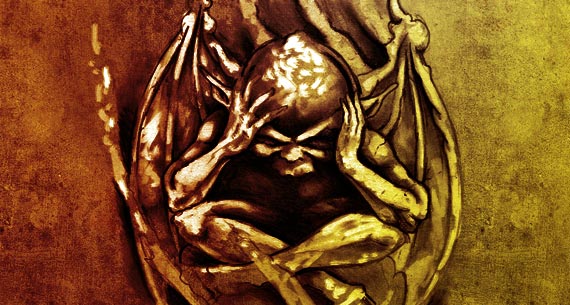 Peggy Baker’s tale is a particularly notable one, too. In the winter of 1997, Peggy was driving through the village of Ranton with her daughter, Kathleen, when at around 11.30 p.m., the pair was shocked and scared witless by the surreal sight of a shambling, hairy man-beast that loomed out of the darkened fringes of the roadside,"threw its arms around in the air," and proceeded to "shout at us, like a big roar." Not surprisingly, the terrified mother and daughter did not once slow down to get a closer look at the creature. Instead, they fled the scene with the utmost haste. 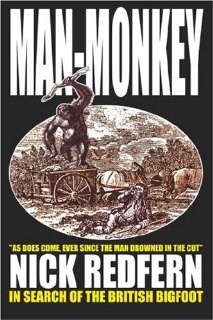 And with the account of Peggy Baker now firmly fixed in our minds, it is worth noting that Ranton is in almost literal spitting distance of Bridge 39 on the Shropshire Union Canal, where a shining-eyed, violent "man-monkey" was famously seen, late one night in January 1879, by a terrified local. Then there was the glowing-eyed "black panther" that a resident of Ranton saw bounding across the road in front of her late one Friday night in the early 1990s.

But surely Ranton’s most famous story of a distinctly paranormal nature was that of Jessie Roestenberg, who, in October 1954, claimed to have witnessed with her children a classic George Adamski-type flying saucer-style object over Ranton that had built into its side a large "observation window,"  through which could be viewed a number of human-like entities with long-blond hair. In other words, the whole area seems to be a veritable hot-bed of over-the-top weirdness.

So, with that all said, if you ever have the opportunity to visit Ranton, I suggest you hang out there for a few days, get to know the locals, listen to their stories of high-strangeness and - who knows? - maybe you too will experience that very same high-strangeness. You will, after all, be in the perfect place...

A State of Savagery