Look! In the sky! It's a bird! It's a plane! It's...oh, no, it is a plane. Then who's that costumed individual riding his pushbike down the street? That's right, ladies and gents: have no fear! Our homes are safe; our streets are patrolled; our way of life is protected. And it's not by the boys in blue (though, we can't thank them enough), it's by  people just like you and me...kind of. This rag-tag bunch have no problem suiting up and taking the fight to the streets, so I ask: Who should make the team? 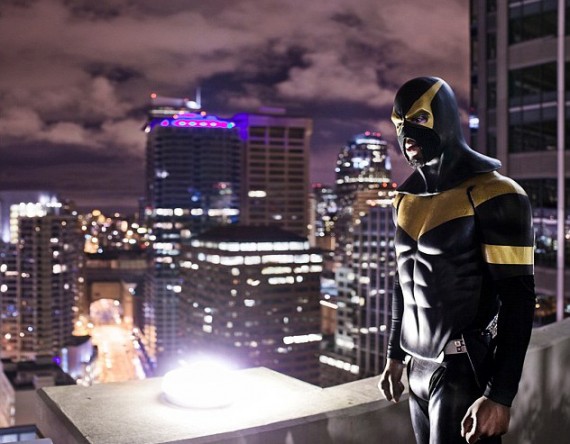 My personal choice for 'leader' of this veritable 'League of Justice' (so named due to legal reasons. You understand). Phoenix Jones has it all: cool costume, desire to protect justice.....a law-suit for pepper-spraying two people. A trained mixed martial arts fighter, Jones a.k.a Ben John Francis Fodor, found his calling when his car was broken into and then, donning the ski mask left behind by the culprit, sprang into action to stop a public altercation. Jones already heads a group known as the 'Rain City Superhero Movement', in Seattle, and the masked crusader even has his own super villain: Rex Velvet!

A superhero with a mind for community involvement and public preparedness, Citizen Prime plans to save the day by educating the public at large on the importance of safety and the dangers of drugs. A financial executive by day, Jim (a.k.a Citizen Prime) makes it his superhero duty to encourage alternatives to violence. 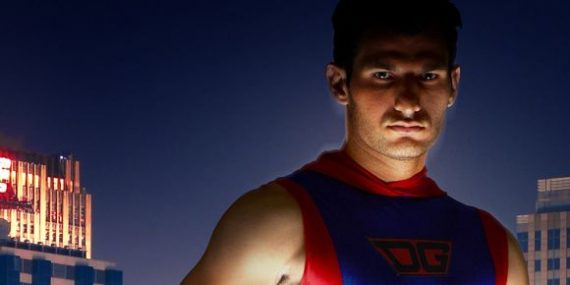 Every superhero team needs its dark and brooding member, and Dark Guardian certainly fits the description. Well, a little. Standing vigil over the streets of Manhattan, Dark Guardian (a.k.a Chris Pollak) has had years of martial arts training and seems to wage a personal war on drug dealers; he even seems to be putting a dent in crime!

Perhaps not as flashy as some of his American brothers-in-arms, Knight Warrior, hailing from Salford, Greater Manchester in the U.K, provides an invaluable service to his quaint town: controlling the drunken rabble at the local pub. Knight Warrior, known to his mother as Roger, claims his superpower to be an incredible desire to make the world a better place! 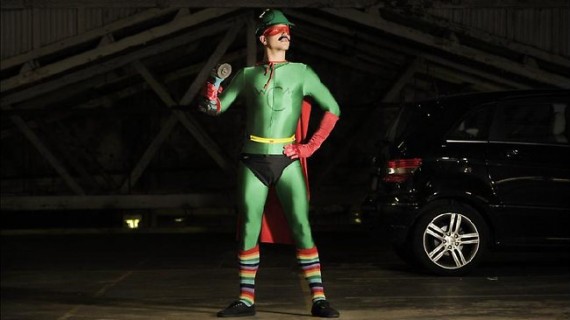 Truly the people's hero, Wheel Clamp Man is a little different from the rest of the gang: he's a criminal! A vigilante from Perth, Australia, with a score to settle with the local council, Wheel Clamp Man grabbed his super angle grinder, and carved a message into the powers that be: Let my people drive! Why does he qualify for this League of Justice? Because someone needs to step in when the Super Van gets booked for being parked illegally!

Not much is known about the katana wielding hero, dubbed The Flashing Blade by official reports, save that he defended two unarmed police officers from a gang of hoodlums armed with knives and chains and even helped in the arrest of three of them. The Flashing Blade has only been sited once, and  all reports indicate this: he has a moustache. But the question remains: when the people of South Shields, U.K call for a hero, will The Flashing Blade answer?

Finally, check out this video featuring many more everyday heroes.

Is This America’s New Angel of Death?