The Wildest Pubs of All

Us Brits are known for having a wild time knocking back more than a few beers down the local pub on a Friday night. But, some pubs are wilder than others. Like really wild. As in monstrously wild. Wondering what on earth I'm talking about? Well, I'll tell you. There are more than a few pubs in the UK that have legends attached to them of strange, hairy man-beasts in their very midst.

In a roundabout way, the first story has a connection to me. It came to me via my dad, Frank, who got it from a close friend of his: Eddie. The two of them, to this very day, work together on weekends as volunteer guides at the aerospace museum at England's Royal Air Force Cosford. Eddie knows that I have a somewhat unusual job and passion (to say the least!), and a few years ago he shared with my dad a story, the origins of which date back to the 19th Century, and to Eddie’s great-uncle.

That the story related to an incident involving something that was rumoured to be a strange, monkey-like animal roaming around just outside the city of Birmingham (near to where I grew up), certainly made me take a high degree of notice. And yes, this story may be one of definitive "friend of a friend" proportions. But, for what it’s worth, here it is, in the words of legendary cryptozoologist and friend, Dr. Karl Shuker – the author of Karl Shuker’s Alien Zoo and many more titles - with whom I shared the known details in 2007:

"Around the end of the 19th Century, Eddie’s great-uncle Ned was driving a pony and trap on Rolfe Street, Smethwick, late one night when he heard some strange noises behind him. Suddenly, a weird-looking animal leapt out at him, but he supposedly fought it off with his horse-whip. The creature was killed, placed in a glass case, and displayed in the Blue Gate pub on Rolfe Street for some time, where the locals dubbed it 'Old Ned’s Devil.'" 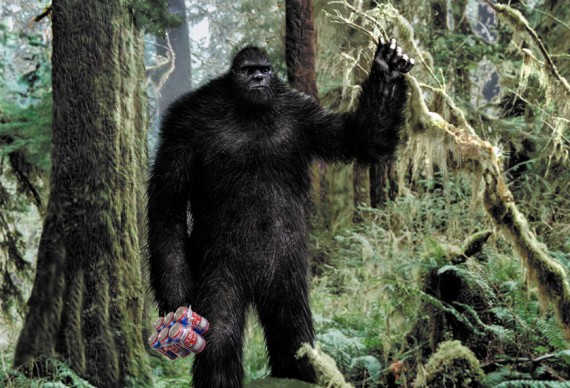 Moving on, there's a fascinating story from the ancient English city of Norwich. Author, creature-seeker, and good friend Neil Arnold notes that: "Many years ago when I first began writing for Animals & Men magazine [the Center for Fortean Zoology’s in-house magazine] I mentioned to Jon Downes something regarding cryptozoological pub signs. There are many St. George and the Dragon signs, and I know a few which also mention unicorns. However, one particular pub sign which is of great interest to me is that which belongs to the Wild Man at 29 Bedford Street in Norwich. Now, most pub signs have a meaning, but the legend which pertains to the Wild Man is extremely intriguing."

Neil continues: "So the folklore states, many, many years ago a six year old boy named Peter became lost in a wood in Germany. Around six years later the boy had grown wild, and in naked form would prowl the woods, living alongside the resident animals. Eventually he was found and picked up by a travelling showman who exhibited throughout Europe."

As Neil also notes, St. Mary’s Northchurch adds more to the legend, for within its walls there is an inscription that tells the story of the wild boy. It reads as follows: "To the memory of Peter, known as the Wild Boy, having been found wild in the forest of Hertswold near Hanover in the year 1725. He then appeared to be about 12 years old. In the following year he was brought to England by the order of the late Queen Caroline, and the ablest masters were provided for him. But proving himself incapable of speaking, or of receiving any instruction, a comfortable provision was made for him at a farm in this parish, where he continued to the end of his inoffensive life. He died on the 22nd of February, 1785, supposed to be aged 72." And there the inscription ends. 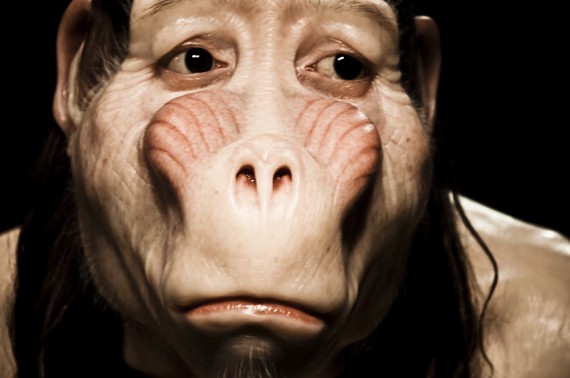 But why was there an association between wild Peter and the Norwich-based pub itself that led the owner to even name the inn after the slightly tragic soul? Neil provides the answer: "Around 1751 Peter was housed at the public house. In the past the sign would depict the unfortunate chap as a demonic character amid flickering flames. Now the pub sign shows him frequenting the forest alongside bears."

Still on the subject of pubs and primitive people...

Richard Holland – formerly the editor of the sadly-defunct Paranormal magazine and the author of Haunted Wales: A Survey of Welsh Ghostlore and Haunted Clwyd - notes that: "In Sproughton, in Suffolk, according to John Michell and Bob Rickard, the Wild Man Inn was so named after a terrifying entity that attacked its builders in the 16th century."

And that's just the tip of the monstrous iceberg when it comes to the beastly pubs of the UK. One day, I'll perhaps do an update and focus on some of the other famous (and not so famous) stories linking pubs and weird creatures...