UFOs and the Oceans

Although many people look to the skies for answers concerning the UFO puzzle, there are more than a few reports on file demonstrating that UFOs have a deep connection to the oceans of our world. Indeed, I have many such cases in my files, and here's just a few of them. Puerto Rico, or to give it its correct title, the Commonwealth of Puerto Rico, is what is known as an unincorporated territory of the United States, located in the Caribbean Sea. And according to some, it may very well be the one place – possibly more than any other on the planet - that is home to not just one secret base, but to an overwhelming plethora of classified locations, certainly of a governmental nature, and maybe even of an alien nature, too.

Over the course of the last twenty-years or so, the people of Puerto Rico have been swamped by a multitude of UFO encounters, sightings of strange and unearthly-looking craft surfacing from both mountainous and cavernous lairs, and run-ins with strange, vampire-style creatures that one might accurately describe as the distinctly evil-twin to Steven Spielberg’s benign E.T.: the Chupacabras. And then there are the USOs (Unidentified Submarine/Submersible Objects) of Puerto Rico. 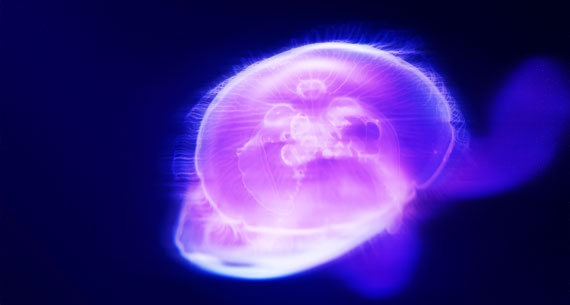 In 2004, when I visited Puerto Rico for the first time – in search of the Chupacabras - I was told of the account of a former civil-defense employee, who had seen a gigantic, unknown craft rise silently out of the coastal waters of the island, while he was on an early-morning jog in the spring of 1999. In this case, the vast device, which was viewed at a distance of around half-a-mile off the coast, or perhaps slightly more, wobbled slightly – rather like a falling-leaf - as it took to the skies, and then streaked vertically at a fantastic speed, before finally vanishing from view as it grew ever smaller, and was finally lost due to the effects of the bright, rising sun.

Further rumors of a potentially-related nature were also provided to me on that same expedition to the island. They came from a retired police-officer who had heard rumors to the effect that, somewhere off the coast of Puerto Rico – he was not entirely sure where exactly – in late-1993, elements of the U.S. Navy spent several days tracking, via sonar, the movements of a huge USO in the deep waters off Puerto Rico. Perhaps aware of its potentially hazardous nature, the U.S. Navy contingent was ordered to merely carefully log the movements of the undersea craft, but never to engage it any way, shape or form whatsoever that might be interpreted as hostility.

Taking the above into thoughtful consideration, is it truly feasible that Puerto Rico might be home to a massive undersea installation? When one realizes that we, the Human Race, have had the ability to construct such science-fiction-like facilities for decades, then the possibility becomes all-too-real, and not so unbelievable, after all. And, make no mistake: evidence of our very own undersea abilities is far from lacking.

For example, an October 1966 document prepared by one C.F. Austin, of the U.S. Naval Ordnance Test Station at China Lake, California, includes a truly remarkable statement. Titled Manned Undersea Structures – The Rock-Site Concept, it states in part that: "Large undersea installations with a shirt-sleeve environment have existed under the continental shelves for many decades. The technology now exists, using off-the-shelf petroleum, mining, submarine, and nuclear equipment, to establish permanent manned installations within the sea floor that do not have any air umbilical or other connection with the land or water surface, yet maintain a normal one-atmosphere environment within."

If, as this previously-classified U.S. Navy document demonstrates, the government of the United States was constructing undersea installations - with a comfortable shirt-sleeve environment, no less – a number of decades before the documentation was even prepared in the mid-1960s, perhaps someone else, someone from a world far, far away, has secretly been doing likewise. And, maybe, they chose Puerto Rico as their secret base of both underground and undersea operations.

Extending from Bermuda in the north to southern Florida, and then east to a point through the Bahamas past Puerto Rico and then back again to Bermuda, is a truly ominous realm of wild, churning and turbulent waters known infamously as the Bermuda Triangle, a permanent fixture in the western part of the North Atlantic Ocean, and one that has become renowned for the hundreds of aircraft, ships, boats and unfortunate souls that have disappeared in the area without trace – and for decades, too. 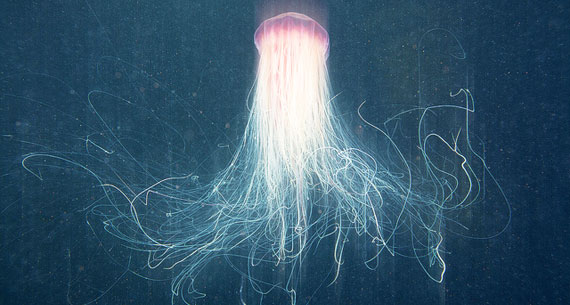 Down to earth explanations for such vanishings, it goes without saying, most certainly proliferate. Compass malfunctions, disorientation, sudden and violent bouts of severe weather, mechanical and electrical failure, and pilot error are just some of the conventional theories that have been offered as answers relative to why there should have been so many disappearances in such a clearly delineated area over so many years.

But, not everyone is quite so sure that those particular theories provide all the clues to solving the maritime mystery; one of the reasons being that on numerous occasions USOs have been seen in the area.

One particularly significant case involving a craft of distinctly unknown origin occurred in April 1973 when a Captain Dan Delmonico, a calm and collected character with a fine reputation for being grounded and logical, had an encounter that could be considered anything but grounded and logical.

It was around 4.00 p.m., while negotiating the waters of the Gulf Stream, specifically between Great Isaac Light, north of Bimini, and Miami, when Delmonico was amazed by the sight of a large cigar-shaped object - nearly two hundred feet in length, grey in color, and with rounded ends – which shot through the water, not surprisingly amazing and astounding Delmonico in the process. Who, or what, piloted the strange submersible on that April 1973 afternoon remains unknown.

Ninety sixty-six saw an unusual event occur at Pasajes, Northern Spain that caught the attention of the Ministry of Defense. From a radio officer attached to the S.S. Patrick M. Rotterdam, came the following, which I found in 1997, in a then-newly-released batch of formerly classified British Ministry of Defense files on UFOs. This case does not involve a USO directly, but since the witnesses were at sea, it may be of some relevance. A letter sent to the MoD by the ship’s captain reads thus: 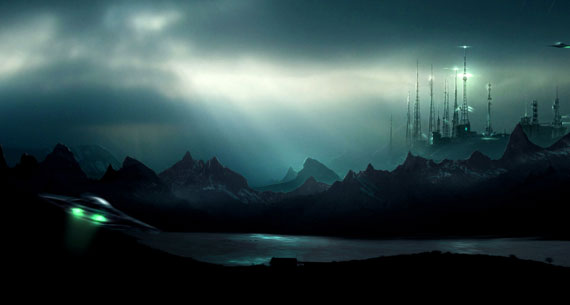 "Perhaps the following will be of some interest to you or Jodrell Bank. Whilst at Anchor at Pasajes, North Spain on 22 April at 2100 Bst in a very clear sky, one of the crew noticed a bright patch in the sky and drew my attention to it. It appeared stationary and squarish, the area being about 4 times the size of a full moon. Several of the crew watched, being interested and of course at anchor, there is very little to do.

"The patch elongated and became brighter and to our amazement a complete ring, similar to pictures of flying saucers, bright and distinct with dark centre. For several minutes this object remained visible then returned to a patch, receding elongated again. Then it branched out to form a letter M. When the ring was clear it was about [the] same size as a full moon. We know it was not the moon because the moon was in another quadrant and lying on back at [the] same time. The patch receded away into distance. I can assure you none of us were drunk."

And there you have it: a round-up of just a few of the weirder USO-themed reports from my files, all of which suggest maybe it’s not to the stars – but to the seas – that we should be looking for the answers concerning the many UFO-themed mysteries that dominate our world.

Being Afraid of What’s in the Dark