Universal Knowledge: the Akashic, Jung, and the Unconscious Mind

My interest in the myths, symbols, and the unusual aspects of life often leads me into some fairly strange sub-adventures that underly my day-to-day life. There are even certain points where I begin to feel that there is something of a continuum between them, and that particular themes will begin to emerge over and over again, until they finally command my attention. And interestingly, these sorts of instances often will yield the most fruit in terms of insights I am able to come away with regarding odd bits of esoterica.

One such instance involves a rather strange series of events surrounding the historic figure known as John Dee, a scientist, advisor, and spy for Queen Elizabeth I, in addition to having undertaken a variety of magical workings in his day. Knowing my interest in (and aptitude for) matters involving symbology, a woman had contacted me a while ago to ask whether I might know the meaning behind a certain strange little symbol: it resembled a stick man, with what resembled horns protruding from the head. Indeed, I did recognize the symbol, and within a few minutes, after initially mistaking it for being associated with the magician Aleister Crowley, I managed to confirm that it was the Monas Hieroglyphica of John Dee. In doing so, I also managed to spark a strange debate about the origins of symbols and information that the human mind seems capable of accessing at times... a process which some feels has ties to the otherworldly.

Once it was revealed that I had given the correct answer (which was posted on a Facebook group where others were attempting to solve the same riddle), I was subsequently contacted by a woman who wished to know how I had deciphered the symbol. She then told me she was a psychic, specializing in remote viewing, and wondered if I too, as she had done, managed to decipher the riddle "by consulting with the Akashic Record." For the moment, I had somehow managed to give the impression that I was in touch with some kind of extra-bodily universal intelligence... but where, in fact, did my knowledge of the Hieroglyphica come from? 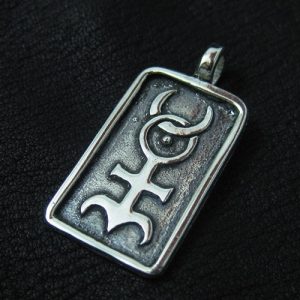 I found this question rather strange, and while I had to admit that I had not knowingly been in direct contact with a nonphysical "library", of sorts, which stored universal knowledge, I had been intrigued by symbols like Dee's Monas (pictured right) for quite some time, and had merely stumbled across the image at some point. But the question of whether I had been able to consult with "Akashic Records" was somewhat synchronistic all the same, since I had only recently been contacted by a friend, who after reading my book The UFO Singularity, asked me whether I thought artificial intelligence in the future might be able to solve the UFO riddle by accessing the Akashic Records.

For those unfamiliar with the topic, the so-called "Akashic Records" refers to a concept found in the mythos surrounding many spiritualist and religious teachings, believed to contain "all knowledge of human experience and all experiences," along with the complete history of the cosmos. This information is "written", woven, or encoded into the very fabric reality, a state sometimes referred to as the "aether." The name itself is derived from the old Sanskrit "akasha," a word used to express similar aether-like concepts of an all encompassing "substance" that permeates all creation.

Edgar Cayce, the great "sleeping prophet," was actually said to have attained his knowledge of ancient lost civilizations by directly accessing the Akashic Records while in a trance state, though this was not asserted by Cayce himself, but revealed later in the first book in an odd series, called The Law of One, where it is stated that Cayce obtained the information (here again, this "answer" is channeled in similar fashion), revealing that humans occasionally access such realms of knowledge that exist beyond the mind alone. The relevant passage reads as follows:

"We have explained before that the intelligent infinity is brought into intelligent energy from eighth density or octave. The one sound vibratory complex called Edgar used this gateway to view the present, which is not the continuum you experience but the potential social memory complex of this planetary sphere. The term your peoples have used for this is the 'Akashic Record' or the 'Hall of Records'." 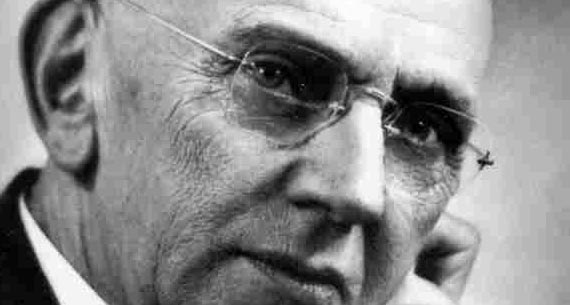 But the notion that humans may be capable of accessing information they would otherwise not be capable of attaining is mirrored in the study of psychology as well, particularly in the works of Carl Jung. In his essay, Confrontation with the Unconscious, he notes the appearance of an archetype he calls "Philemon," which was an older male figure he refers to as a guide throughout his various imaginary visions. At one point, Jung begins to recognize the information imparted to him by Philemon as seeming to emanate from someplace other than his own mind:

Philemon and other figures of my fantasies brought home to me the crucial insight that there are things in the psyche which I do not produce, but which produce themselves and have their own life. Philemon represented a force which was not myself. In my fantasies I held conversations with him. and he said things which I had not consciously thought. For I observed clearly that it was he who spoke, not I. He said I treated thoughts as if I generated them myself, but in his view thoughts were like animals in the forest, or people in a room, or birds in the air, and added, "If you should see people in a room, you would not think that you had made those people, or that you were responsible for them." It was he who taught me psychic objectivity, the reality of the psyche. Through him the distinction was clarified between myself and the object of my thought. He confronted me in an objective manner, and I understood that there is something in me which can say things that I do not know and do not intend, things which may even be directed against me.

It is a very strange notion indeed, that some aspects of human existence may be rooted within a complex collective unconsciousness, as Jung supposed; even more strange and perplexing is the idea that the human mind might even draw information from elsewhere... places or planes of thought and imagination that exist beyond the mind itself. I certainly don't feel that I've done this myself, especially in my modest ability to reflect upon seeing, at one point, John Dee's Monas Hieroglyphica; let alone do I acknowledge that there are components within the mind that, in scientific terms, might be capable of extending beyond the physical. But the prevalence of this concept in various cultures and traditions, along with allusions to similar processes expressed by Jung, do provide some compelling and challenging notions about the inner workings of the human mind.

A Case of Cosmic Kidnapping?