Among the circles of cryptozoologists that take seriously the study of Bigfoot, a manlike biped only presumed to exist in North America, few would argue that there is some compelling, though still inconclusive evidence. That evidence is good enough to keep the "weekend warriors" out there searching for their inhuman quarry, and good enough to cause a rift between the notions of what can be accepted as pure myth, and the actual fabric of reality. 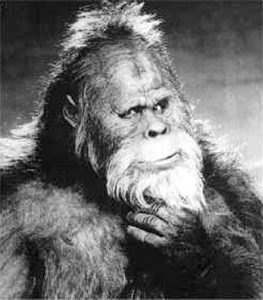 But the preponderance of Bigfoot evidence has also been good for those who seek to build an industry around it, just as well. Television shows, documentary films, books, and even action figures have all made the legendary Sasquatch a central focus of their enterprises. Furthermore, the American towns which are lucky enough to be near any reported sightings of the beast may also seek to capitalize on the beast's alleged presence. And so the question is, do the reports themselves actually promulgate the purported existence of the creature, or are mere legends kept alive by a spurious industry that seeks to profit from belief in the creature's existence?

In a modern world (or at least a Western culture) that largely favors belief in those things for which there is nonetheless little evidence to support, it may indeed seem like an unfair question to ask, with regard to the validity of the existence of Sasquatch, versus the industry that profits from people's belief in their presence among us. My intention here is not to try and disuade the "believer," however, so much as it is to point out a very valid cultural phenomenon ongoing in our midst. The Bigfoot industry would not be the first example of cryptozoological mythos adapted to an economic niche that supports such things as local tourism: by at least the 1940s, it could be argued that the same sort of thing was underway at Loch Ness, Scotland, following a series of sightings dating back to the 1930s that begun to attract not just the public attention, but arguably the hoteliers and gift-shop operators who became interested in playing up the wonder of a "beast" lurking beneath the depths of the Loch. 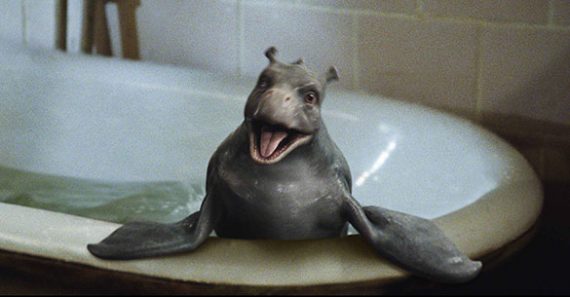 In fairness, while we can see that Bigfoot wasn't the first cryptid to have an industry built around his presence, I can neither claim to be the first who ever brought this argument regarding to the industrialization of cryptozoology to public attention. In his aptly titled 1972 book Bigfoot, Smithsonian researcher turned cryptozoologist John Napier made a similar observation:

On the face of it the Yeti is a more attractive subject to investigate than the Sasquatch. Bigfoot in some quarters of North America has become Big Business, a commodity to be exploited to the full. It can no longer be considered simply a natural phenomenon that can be studied with the techniques of a naturalist; the entrepreneurs have moved in and the folklore has become fake-lore. For example, in the township of Willow Creek, California, there is an eight-foot statue of Bigoot carved in redwood in the town centre; each year carnivals are held called "Bigfoot Daze"; footprints are emblazoned on the sidewalks and Bigfoot ashtrays and Bigfoot rings are for sale in every local tourist trap... Naturalists don't expect to have to contend in the field with professional publicists and  carnival showmen; indeed, by their training, they are exceedingly ill-equipped to do so. 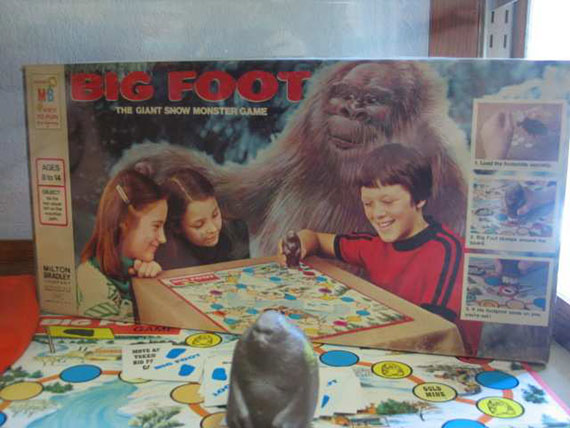 And perhaps, in the modern era, the gift shops and novelties have been replaced with reality television and citizen journalism running rife amidst the blogosphere (note the irony in this statement, by the way, as the pot ever-so-nobly calls the kettle black). The carnival atmosphere that surrounded Bigfootery in the days of yesteryear has been replaced in the modern sense by a prime-time glorification of the weekend warrior, whose presence amidst the serious, scientific study of anomalous biological specimens is about as useful as air to a dying man. Then again, in such a climate, one must acknowledge that it also becomes difficult to commandeer any sort of serious scientific interest; thus, it all becomes a chicken or the egg argument... were the scientists run away from the field first, or did they turn their backs initially, making way for the entry of the enthusiasts who, armed with their camouflage gear and tranquilizer guns, felt it was prudent to enter the field and carry on where science would not?

It is indeed very difficult to remove the corporate aspect of all this, despite whether or not it's always a bad thing to have business interest underlying the proliferation of cryptozoological studies. Where we had articles and books, exclusively, in the old days, today we are afforded media attention, books, film, and the reality TV shows. Maybe there is good with the bad, just as well, and the attention these subjects receive, while putting money in the pockets of the successful entrepreneur, may also garner the kind of interest that science alone could not have mustered in ages past.

Is Anybody Out There? Communicating with our Interplanetary Brothers