In early 1941, Sir David Petrie was appointed Director General of the Security Service. MI5, and was given substantial resources to restructure the organization, whose origins date back to 1909. As a result, MI5 became one of the most efficient agencies of the War. After the defeat of the Nazis in 1945, it was learned that all of the Nazi agents targeted against Britain had been successfully identified, and in some cases recruited as double-agents, by MI5 – something that contributed to the success of the Allied Forces landing in Normandy on D-Day on 6 June 1944.

A number of files pertaining to the wartime activities of MI5 have been declassified and are now available for public inspection at the National Archive, Kew, England. One deals with MI5 investigations of what are intriguingly described as “markings on the ground." With hindsight, today, those markings may have been nothing less than Crop Circles! 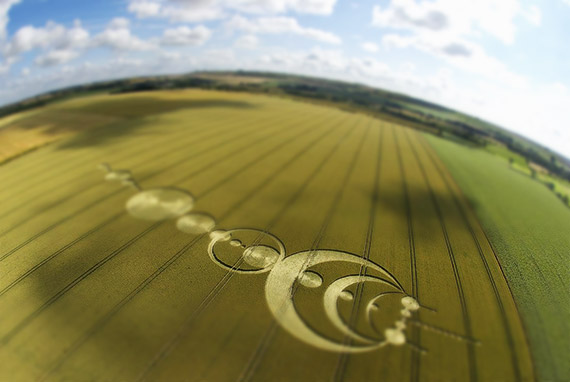 According to the report: “This account is not concerned with the activities of fifth columnists such as sabotage, capturing airfields and key points, and harassing the defending army, but in the methods used in communicating to each other and to the enemy. Reports from Poland, Holland, France and Belgium showed that they used ground markings for the guidance of bombers and paratroops (and of lights by night).”

The author of the report continued: “Such ground markings might be the cutting of cornfields into guiding marks for aircraft, painting of roofs and the inside of chimneys white, setting haystacks on fire, and laying out strips of white linen in pre-arranged patterns. For guiding and giving information to advancing troops they would conceal messages behind advertisement hoardings and leave markings on walls and telegraph poles.”

Most notable of all: from interviews conducted with Allied personnel who had taken part in the hostilities in Poland, MI5 had determined that one of the ways that Nazi spies were communicating with German Luftwaffe pilots was by “beating out signs,” twenty meters in diameter, “on harrowed fields or mowing such signs on meadows or cornfields.” Crop circles, as they are famously known today! 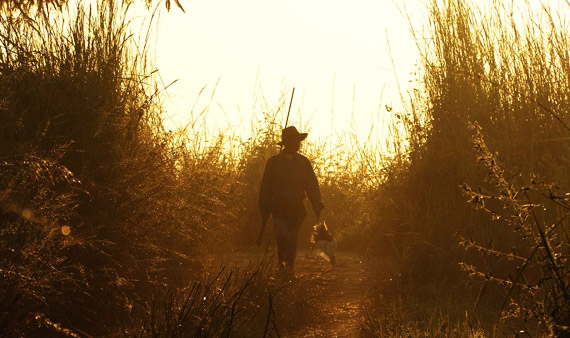 Interestingly, as a result of finding such curious formations across wartime Europe, MI5 began a stealthy check of cornfields throughout the British Isles for any evidence of similar activity. In a section of a report titled Examples of Ground Markings Investigated, a still-anonymous MI5 employee wrote:

“Field, north of Newquay, Cornwall: Aircraft noticed, in May 1940, strange marking in this field and it was photographed. Enquiries were made and it was found that the lines were formed by heaps of lime used for agricultural purposes. The farmer concerned was above reproach and removed the lime heaps.”

A second report followed: “Field at Little Mill, Monmouthshire: In May 1941 a report was made that an unusual mark was visible amongst the growing corn. Near one of the gates was a mark in the form of the letter G, some 33 yards long. This mark had been made by sowing barley transversely through the grain.”

MI5 added: “Air photographs were taken and it was seen that the tail of the marking pointed towards the Ordnance factory at Glascoed. The farmer, a man of good character, was interviewed, and admitted that he had sown the field himself. He explained that he had sold the field in April. 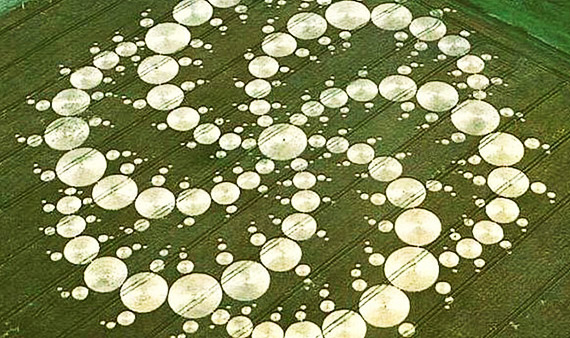 "Shortly after, having a drilling machine nearby which had a small quantity of barley seed in it, and wishing to empty it as he had to return it to the farmer from whom he had borrowed it that night, he turned his team of horses into the grain field and drilled it into the ground thickly to get rid of it. He did this because it is extremely difficult to remove the grain in the machine by hand, and to sow it was the quickest way of getting rid of it.

"He agreed to plough up this part of the field. As a satisfactory explanation had been reached, the case was carried no further.”

And the reports kept on coming: “Field, near Staplehurst, Kent: In October, 1943, aircraft saw a faint white circle on the ground. Enquiries were made, and it was discovered that before the war the field was used as an emergency landing ground by Imperial Airways; the mark was made by them, and they paid a small yearly rent to the farmer. At the beginning of the war the mark was obliterated in some way, but this had worn thin. Steps were taken to obliterate it again.”

It is quite clear from examining the contents of these now-declassified files that the foremost thought on the part of MI5 was that the wartime Crop Circles across Europe - as well as the similar formations found on the British mainland - were the work of Nazi spies, and that the designs were intended to convey a specific, coded message to German bomber-pilots.

It's also deeply important, however, to note that with regard to the truly unknown formations that MI5 studied (those from Poland, Holland, France and Belgium), the theory they were created by the Nazis was simply that: a theory, an assumption, an assessment of the fragmentary data available.

Of course, in 1944, no-one was perceiving these formations as something possibly linked to distinctly unusual - possibly even paranormal - phenomena. But, maybe, that's exactly the direction MI5 should have been looking in...