The frequency of technological advancement, in nearly all fields, is increasing at a dauntingly rapid rate. Almost every other week, an article is featured on a prominent news website like Digg or Reddit, which details exotic, new, and potentially revolutionary technologies. And just as soon as these articles are featured, they are forgotten, often overshadowed by consumer-related technologies, such as the next iPhone, Google Glass, or simply unnoticed altogether.

One has to know where to look; to actively seek out this information in order to find it. Thus, in an effort to raise awareness to the ever-growing plethora of emerging technologies, featured below are just some paraphrased examples of prominent developers, and the significantly impacting technologies they are hastily bringing into the world:

(Note: there is a link attached to every article below, should the reader be interested in reading further). 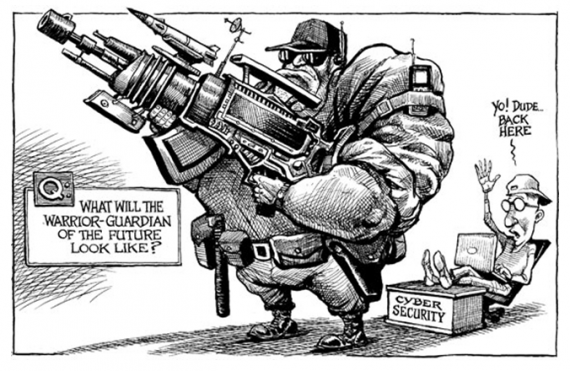 The Pentagon recently announced that it has been working on a program to simplify cyberwarfare in order to make it feasible for greater amounts of military personnel to operate. Headed by the Defense Advanced Research Projects Agency (DARPA), the program, ominously named “Plan X”, is aimed at rendering the frontier of cyberwarfare into a quasi-video game format. As it stands now, cyberwarfare is usually the result of top-government approval for groups of hackers to arduously plan and later carry out a given attack, or the work of vigilante groups like Anonymous.

DARPA’s plan is to revolutionize the current, exceedingly complex realm of hacking by creating an infrastructure that would circumvent the vast topology of global computer networks. In other words, they want to create a digital battlefield where cyber functions and effects are given a simplified representation, allowing a military operator to know exactly what weapons they are using, how to use them, and what effects they will have.

“Say you’re playing World of Warcraft, and you’ve got this type of sword, +5 or whatever. You don’t necessarily know what spells were used to create that sword, right? You just know it has these attributes and it helps you in this way. It’s the same type of concept. You don’t need the technical details.” – Dan Roelker 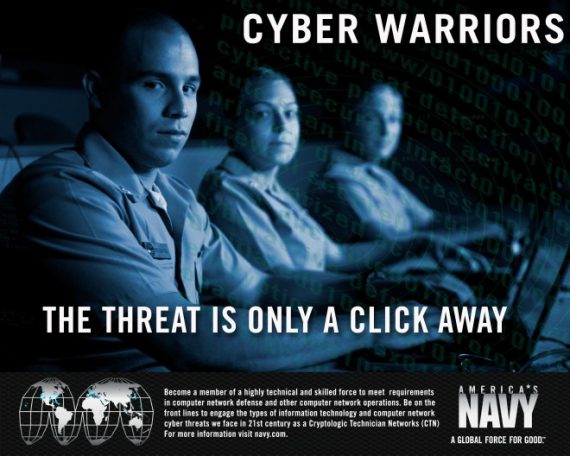 Tapping into the most prominent design companies of the Silicon Valley, DARPA finally settled with Frog Design. Using a Samsung SUR40 Touch Table, Frog Design created a prototype interface which effectively maps out the aforementioned vast global network topologies. Based on the detailed account of the prototype, Plan X really is nothing short of a video game-esque rendering of cyberwarfare. A mission or objective is provided (in this case “botnet take-down”), and upon the Samsung tablet, a target node appears amid the network topology, which is said to look like a map of stars. Then, the user is given a selection of weapons, accompanied by a number (projected to eventually represent the cost of cyber attacks), and battle units in the form of icons, to pre-plan an attack on the target node. Much of the specifics of the system are still undisclosed, but if this interface is as successful and accessible as it seems, cyberwarfare, and the world for that matter, will truly experience a paradigm shift.

Most, if not all supporters of trans-humanism and the singularity have long waited for the day when they can begin to upgrade their physiology with biotechnology. Lucky for them, that day is quickly approaching. The subheading of this article reads like something right out of an Isaac Asimov article: “Scientists have created a 3D-printed cartilage ear with an antenna that extends far beyond the normal human range.”

Using hydrogel, silver nano-particles, calf cells, and other readily available 3D printing tools, scientists at Princeton University overcame the staggering challenge of reconciling soft 3D printed material, such as tissue, with hard material, such as electronics, to create the bionic ear in the image below. The successful creation of the ear has led scientists to lend further credence to the idea of not just 3D-printing organs for repair and replacement, but also potentially creating organs with capabilities that would not otherwise be available naturally. The implications of the latter are stunning, to say the least. 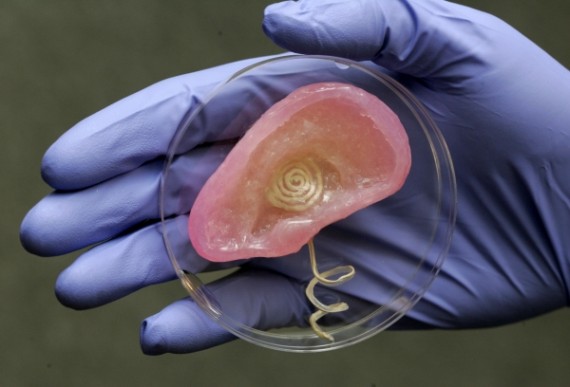 Robot workers, driver-less cars, internet-connected refrigerators, and space elevators are just a few examples on the list of ideas at the Google [X] Lab. While it has only released brief, tentative ideas, Google [x] will undoubtedly be the harbinger for much of the world’s future technologies, and the amount of secrecy surrounding it only bolsters the latter prediction. Likened by one familiarized engineer as functioning similar to the CIA, Google [X] is run primarily by two offices – one vaguely described as being for logistics, the other, in a secret location unbeknownst to most Google employees, specifically for robots.

With AI researchers, roboticists, electrical engineers from Microsoft to MIT, and Johnny Chung Lee donning the title of “rapid evaluator”, Google [X] has all the ingredients for a mad science lab. Unfortunately, it is still too new and secretive to say much more than the aforementioned, but in an effort to pique the reader’s interest, two employees briefed on a project have said that there will be a product released at the end of this year, though they were not allowed to comment on any details whatsoever.

Drone technology is one that is burgeoning, and is especially important for the public to keep tabs on. Simply speaking, drones are one of the most integral aspects of future society. The implications for their integration into not only military, but civilian life are nothing short of overwhelming... and terrifying. Most of the general public is aware that the use of drones in the military is already increasing, since not a month goes by where a high-value terrorist target is taken out by the infamous predator drone. On top of that, the United States Navy has recently confirmed the successful launching and landing of an X-47B on an aircraft carrier, the first drone to ever accomplish such a feat (pictured above). However, military drones seem to be overshadowing the rapid growth of the civilian side of drone technology, a potentially invasive and rapidly growing trend. It is important for the reader to realize that this part of the article doesn't even cover the tip of the ice berg of what is out there in terms of drone technology (e.g. DARPA has already successfully turned a living beetle into a remote-controllable flying cyborg-drone). 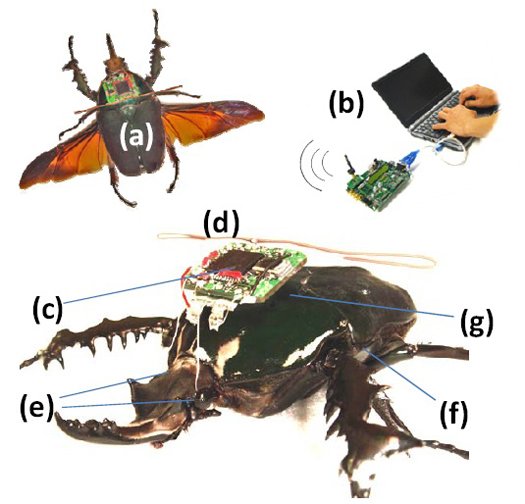 Universal Air recently far surpassed its Kickstarter campaign goal of $15,000, earning a whopping $220,000 to fund their R10 Quadrotor System drone. UAir's success was a clear sign that there is a hunger for personal UAVs. While the initial purpose of the R10 is to act as an unmanned version of a GoPro camera for extreme sports enthusiasts, the implications for having such a drone sparks the imagination. While it is currently reliant on WiFi-internet connection, UAir's next project, expected to be released somewhere in 2014, is said to have the capability to be fully autonomous and maintain connectivity with its user via WiFi connection to the user's phone, regardless of internet connection. Extreme sports enthusiasts will surely be satisfied, but UAir also expects their autonomous drones to find their way into the industrial world with upgradable sensor-packages for mining and construction jobs. 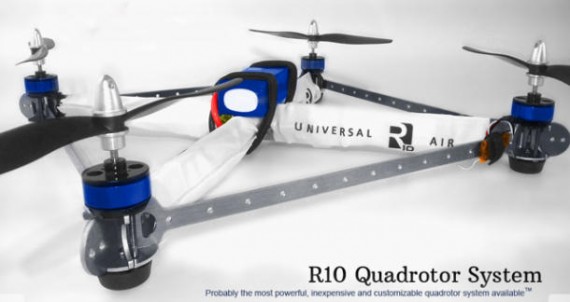 The drones from UAir seem to add a fun, lighter side to the realm of drone technology, but what about drones that can't be distinguished from tiny insects, no larger than a penny? It seems that the most appropriate reaction to Harvard University's "Robobees" would be fear of invasion of privacy. Rest assured (or not), this program's purpose is, or at least was to study insect flight, but after announcing its success at hovering and then following a preset flight path, it would be naive to think the military would not be interested. 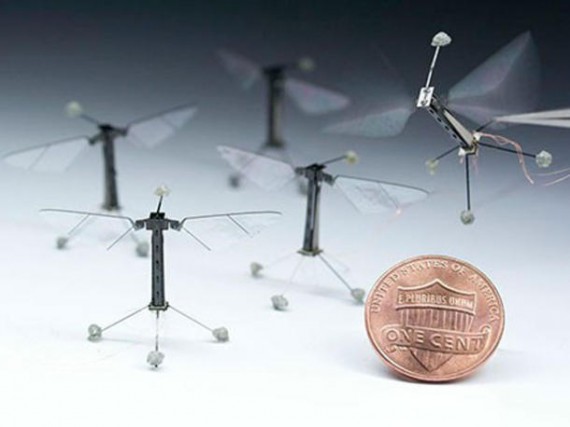 The aforementioned articles really do only scratch the surface of today and tomorrow's innovations in technology. While it is indeed difficult to keep tabs on all that is happening, it is important to at least make an effort because like it or not, these new technologies will increasingly affect the world on a global scale. And if Moore's Law is any indication of the rate at which new breakthroughs and developments occur, then the space between technological paradigm shifts will only shorten.

Shag Harbor, Revisited: Was There More to the Story?