Over the years, a great deal of Roswell-related debate has focused upon John Keel's assertion that what came down at the Foster Ranch, New Mexico in July 1947 was a Japanese Fugo balloon. Despite what some have said, Keel's theory is not one which I endorse. The people I interviewed for my Body Snatchers in the Desert book said the Roswell device involved a Horten Brothers-type glider, held aloft below a massive balloon array based on Japanese designs for what was specifically described as a next-generation Fugo. But, most certainly not the far smaller, less advanced designs that were used to attack the United States during the latter stages of the Second World War. 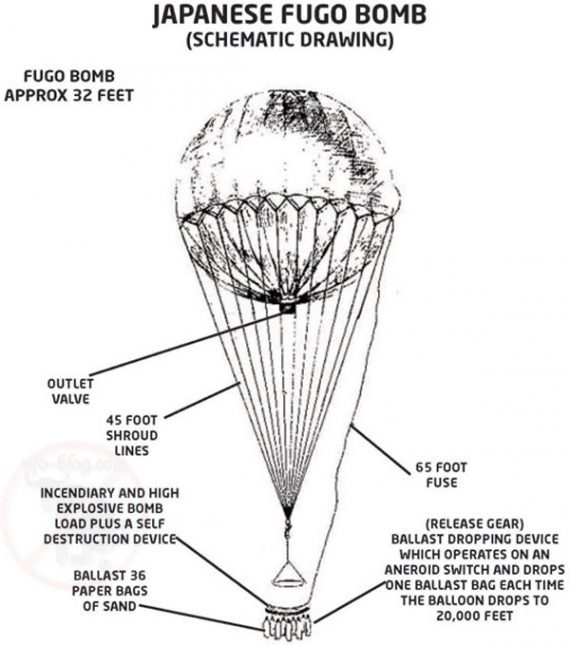 But, I digress. Back to Keel. From 1990 to 1993, there was a deep debate on this very Roswell/Fugo matter in the pages of Fate magazine, with comments, observations and articles from the likes of Keel himself and Kevin Randle, who has written (and co-written) a number of books on Roswell, from the perspective that what came down in 1947 was extraterrestrial.

What I find intriguing is that many of the people who have commented on Keel's Fugo theory have failed to note - or even comment on the fact that - Keel also talked about uncovering data on manned Japanese balloons that, allegedly, reached the U.S. in the closing stages of the war, and which - his sources said - were subject to military secrecy. 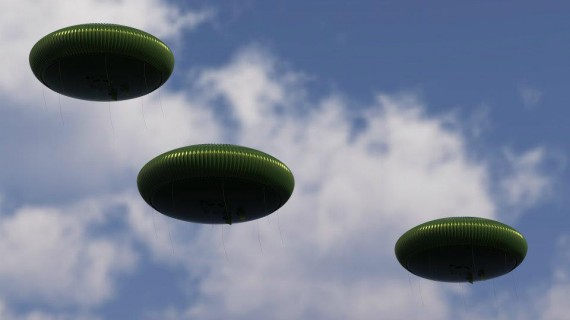 In April 1993, in an article titled Return of the Fugos, Keel noted that he had been contacted by three unrelated people who had intriguing reports to relate of things that occurred back in the 1940s. These same things - which took place at some point in 1945 - involved the sighting of a low-flying balloon that had a gondola attached below it, and which, said one of the witnesses, contained "a living creature" that one thought, initially, was a "screaming monkey."

As the balloon came closer, said Keel, the "creature" could now be seen as a "a very small man wearing some kind of headgear, probably radio headphones. The poor fellow was clearly agitated...He appeared to be Oriental." The balloon then disappeared over the horizon, and a couple of military jeeps quickly appeared on the scene, heading in the direction of the balloon. A few minutes later, gunshots rang out.

Realizing that the witnesses had seen or heard pretty much all that had taken place, the military returned and sternly warned them not to say anything about what they had experienced - to anybody at all. Keel himself commented on this matter - of secret Japanese balloon-based flights to the U.S. undertaken in the latter stages of the Second World War with people on-board - as follows:

"If such a project was launched, they would have selected the smallest, lightest volunteers available...It is also likely they might have expired during the trip...their complexions would have been very odd, discolored by the cold..."

He concluded on this matter: "If even one such volunteer balloonist attempted the trip and crashed, we would have the answer to all those rumours and legends which persist to this day."

I intend pursuing Keel's data - and sources - on these claims, and, in fact, have already made some significant headway, which I will be reporting on in the near future. The picture that is developing as a result of probing further into Keel's data is one suggesting a wealth of secret balloon-based ops in the United States with a Japanese connection, and a "bodies" link too. And not just at the Foster Ranch, New Mexico in 1947, but possibly as far back as 1944-era northern California and Washington State.

Some of these stories are focused on secret, domestic projects of the military. A few, astonishingly, really do appear to be genuine (albeit only several) examples of manned flights to the U.S. by Japanese military personnel in the latter part of the Second World War - all of which ended catastrophically for the crews, who did not survive the flights, for a variety of reasons; but chiefly as a result of altitude, weather and the rigours involved in undertaking such dicey missions.

I'll have more to report on this very soon..