Now and again people ask me why I bother using the Freedom of Information Act to obtain documentation on UFOs. "It's all faked, and all the good stuff is held back," are the reasons that have been given to me by those that believe studying documentation which has surfaced via FOIA is a waste of time. Those people are, of course, talking rubbish.

I don't deny, at all, that a body of data on UFOs (and perhaps a huge body of data) is indeed withheld for national security reasons, and which we may never get to see. But, that doesn't mean what we have been allowed to see is of no consequence. Much of it most certainly is! Nor is "all the good stuff" withheld. And here's a classic, little-known example...

The FBI has released into the public domain thousands of pages of official files on UFOs and related topics and people. The records in question can be found at its website, The Vault - which is an excellent resource for hundreds of files and thousands upon thousands of pages on all manner of subjects. Regarding the FBI's declassified UFO files, one of the most memorable Flying Saucer-based sightings that the Bureau played a role in occurred in April 1956. The case was made notable by the fact that one of the two witnesses was actually an employee of the FBI! She is only referred to in the documents as "Miss Richards."

As the files reveal, on April 6, 1956, Miss Richards and her fiance left Washington, D.C. by car with the intention of travelling to Morven, North Carolina, for a family celebration. At around 5.00 a.m. on the following morning, something truly eye-opening occurred, as the now-declassified documentation demonstrates clearly: 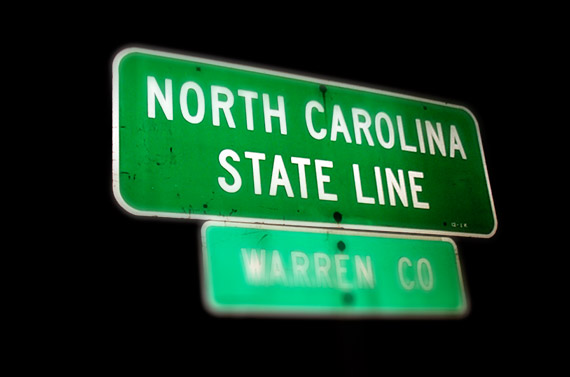 "...while driving on Route 1 north of Henderson, North Carolina, the pair was startled by what appeared to be a round low-flying object coming directly toward the car. The object appeared to pass over the car and Miss Richards turned to see it appear to speed up and then veer off out of sight. She and [her fiance] both felt they had seen something unusual which was difficult to explain and certainly did not appear to be an optical illusion."

In a debriefing with FBI agents, Miss Richards recalled that the object was definitely circular in shape, was spinning, and "was bright as though containing a series of lights in a zig-zag pattern." The debriefing report continued: "The object appeared to be flying very low as it came toward them, moving at great speed and gave off no particular sound. The object, to the best of her belief, was at least as wide as the highway and appeared to be no more than two to four feet in thickness."

It's also interesting to note that Miss Richards is described in the files as being "one of our best employees [and] stated heretofore she had placed little credence in 'flying saucer' stories and felt that had she and her boyfriend not seen the same object she would be inclined to think she had imagined something." 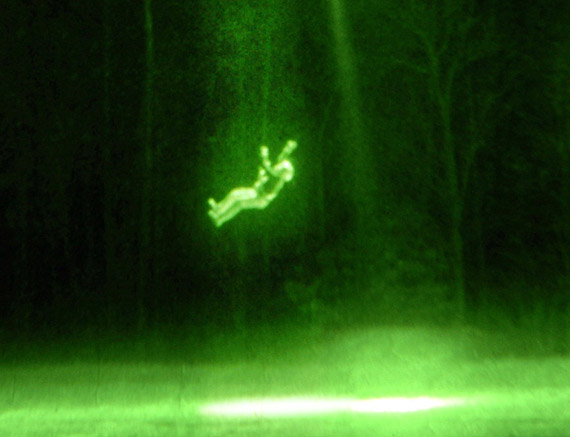 On April 10 and 13, the FBI prepared documentation on the case for the attention of U.S. Air Force investigators. In part, it states: "[Miss Richards] advised she had seen the object for only a few seconds, that it was still dark when she observed it, although it was near daylight on April 6, 1956. She stated when daylight came she observed the sky to be cloudy and it started raining approximately 30 minutes after she had observed the object."

The report expands on what happened next: "She recalled the object approached their car on the driver's side straight ahead at a height which she thought to be less than 25 feet. She was unable to estimate the speed of the object. She described it as being oval shaped, being very bright and having a light blue color. It made no sound that she could hear. She advised her fiance would be able to state exactly where they had observed the object in North Carolina, inasmuch as he was familiar with that area." 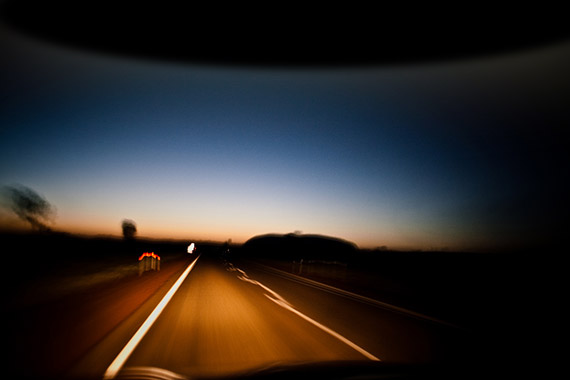 As an examination of the documentation shows, a recommendation was made that all the papers relative to the case be forwarded to the FBI's Domestic Intelligence Division for possible liaison with "interested military agencies." While the matter was indeed discussed with the Air Force's Office of Special Investigations, nothing more of any great significance was uncovered and the matter was filed away as unexplained.

For those who (wrongly) claim the Freedom of Information Act has not brought forth anything meaningful on UFOs, this affair should be a lesson in learning. First, we have a case involving two witnesses, one described by none other than the FBI as being "one of our best employees."

Second, the encounter was a very close one, with the UFO in question flying low over the car in which Miss Richards and her boyfriend were driving. That it was brightly lit with "a series of lights in a zig-zag" pattern strongly suggests the UFO was a solid, intelligently-controlled device of some kind. And, third, the documentation makes it very clear that the matter was studied closely and seriously.

So, contrary to what I have heard time and again about FOIA and UFOs, and claims that the good material never sees the light of day, that's actually far from the truth. Yes, there's no doubt that we are lacking all the facts (and attendant files) on some significant UFO cases involving officialdom - such as the Roswell, New Mexico affair of 1947 and the Rendlesham Forest, England affair of 1980.

That does not, however, mean that everything of an extraordinary UFOs nature that has crossed the desks of government gets filed away forever. It doesn't. If those who proclaim that FOIA is of no significance actually studied - deeply - all the many and varied documents that have surfaced via its regulations, they would see that it is indeed a very useful tool. It has also provided us with a unique insight into fascinating UFO cases filled with government connections and highly credible witnesses. And that includes Miss Richards.

Swampman: This Monster is Not What You Think!