Way back in 1970, one of the most important UFO-themed books ever published was unleashed upon the world. Its title: Operation Trojan Horse. Its author was John Keel, perhaps most noted for his later classic, The Mothman Prophecies. Like all of Keel's book's, Operation Trojan Horse polarized (and continues to polarize) readers into two definitive camps: (a) those who believed that Keel was onto something that got very close to what lies at the heart of the UFO puzzle; and (b) those who believed that the words Keel wrote bordered upon ufological heresy. 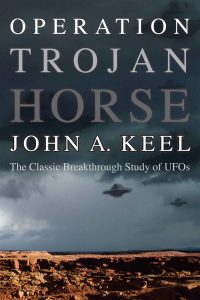 The latter group was comprised of those souls whose mindset was wholly dominated by the theory (and, yes, a theory is all it is) that UFOs have extraterrestrial origins. For many of them, Keel's attempts to rewrite ufological history and lore were downright outrageous and dangerous. Those with far more refreshingly open minds, and ones not tainted by the "I want to believe" factor, gave the man the fair hearing he deserved. So, why am I mentioning all this - and a 43-year-old book - today?

Simple: thanks to the good folks (or the splendid chaps, as we might say in my home country of England) at Anomalist Books, Operation Trojan Horse has a new lease of life. That's to say, a new edition has just been published.

If you haven't read Operation Trojan Horse, now is the chance to do so in a great, new, package that runs to 349 pages. And if you have read it - and your original, like mine, is well-thumbed, creased, and battered from endless re-reads - you should invest in the new edition, too. There's nothing wrong, at all, with updating an old library!

What, you might wonder, is so special about John Keel's Operation Trojan Horse? Well, let's see.

First and foremost, if you're the sort of person who wants to hear nothing but exciting tales of the type that titillated a certain, obsessive loner named Fox Mulder back in the 1990s, and you accept the extraterrestrial hypothesis (ETH) without question, you are going to be in for a big and loud wake-up call. Or, you'll take the unfortunate approach of: "I don't want to know. Leave me to my dead aliens, Hangar 18, soil-sampling ETs, and back-engineered spaceships from Zeta-Reticuli." 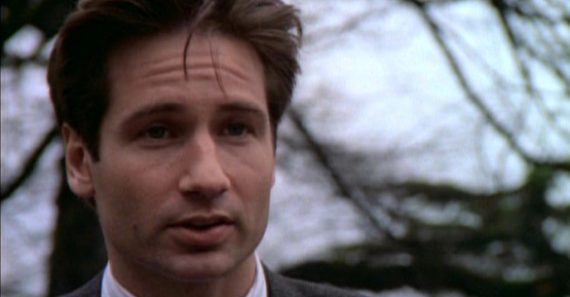 Indeed, Keel didn't just suggest the ETH was way too simple an explanation for what's afoot in our skies, woods, and bedrooms. Rather, he gave the ETH a punch on the jaw of the kind that Mike Tyson dished out at the height of his career. In other words, Operation Trojan Horse sends the ETH reeling into oblivion. But, Keel didn't just toss out the ETH for the sake of it (although he did, admittedly, enjoy taunting the ufological faithful). No, he did so because the evidence he uncovered suggested this was the right thing to do.

I have to admit that, as a teenager, I was a full-on devotee of the idea that UFOs had extraterrestrial origins. My mindset was born out of the ET-driven titles of Donald Keyhoe, the Lorenzens, Leonard Stringfield, and so on. But, as time progressed, I became more and more convinced that the alien angle wasn't strange enough to explain what was afoot. One of the chief reasons being that there seemed to be distinct crossovers between UFOs and other paranormal phenomena, such as encounters with magical entities like elementals - not to mention aspects of demonology, prophecy, and even cryptozoology.

Keel was someone who - when the likes of the aforementioned Keyhoe were loudly demanding the U.S. Air Force release the truth about alien visitations to Earth - recognized that UFOs are not what they seem to be. And they are not what the intelligences behind the phenomenon clearly want us to think they are.

Keel was able to do something that very few ufologists are capable of doing: he recognized, and had no qualms about highlighting, the many and varied absurdities present in so many close encounters with "aliens." He clearly noted the staged-managed way in which UFO encounters that appeared to occur at random were anything but random. 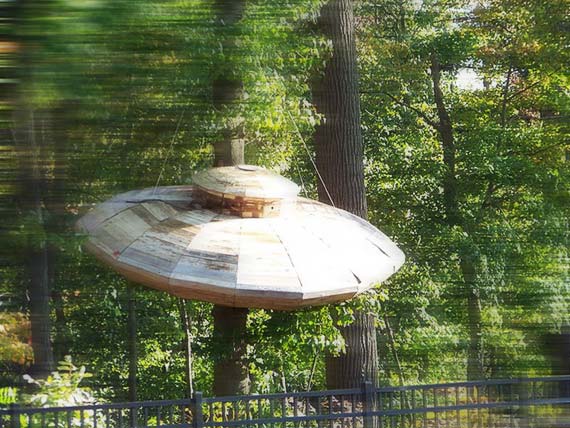 And he also demonstrated to his readers how 20th century meetings with supposed extraterrestrials displayed uncanny parallels with centuries-old encounters involving the "wee folk," incubus, succubi, angels, and a wide range of additional entities that have long taunted us with fragmentary glimpses of them and their strange "lives."

John Keel was also one of the first in Ufology to note, and highlight, the "Trickster" angle of the UFO phenomenon. Keel made it clear that the entities orchestrating the UFO phenomenon, and the attendant ET ruse, appeared to deeply enjoy manipulating, and downright confusing, witnesses and researchers alike.

Sometimes, that enjoyment proved to be downright dangerous and malevolent, plunging investigators and experiencers alike into worlds filled with mental-illness, physical ailments, constant bad luck, negativity upon negativity, and much more. As Keel also showed, in centuries past, those who dabbled in the world of the occult also came face to face with this dark and foreboding issue of pulverizing psychic backlash. It's issues like these which make up the very meat of Operation Trojan Horse.

If you're thinking by now that John Keel was a ufological skeptic, you're dead wrong. He was the exact opposite. He did believe in the realm of what might be termed the others. He also held no doubts about the fact that the UFO entities interacted to a high degree - and to a very close degree - with the Human Race, whenever the mysterious mood took them.

But most important of all, Keel's research - and certainly that which fills the pages of Operation Trojan Horse - shows that we are mere pawns in a game played by mysterious, supernatural entities that dearly want us to believe they are alien, when, in reality, they are...something else. Keel may not have been able to prove what that "something else" was exactly, but he came pretty damned close.

Buy Operation Trojan Horse. It's a massively important contribution to Ufology. And it still stands the test of time more than 40 years after it was first published.