Shag Harbor, Revisited: Was There More to the Story?

For as long as there have been UFO reports, there have claims about the UFO "silencers," and individuals who have sought to go about covering up credible encounters people have had with exotic looking aircraft. Whether they be military personnel issuing threats, or otherworldly MIBs acting weirdly, the UFO culture is rife with such claims of interactions with strangers who seem to operate according to an unknown, anti-UFO agenda.

The story of retired Lieutenant Colonel Richard French, an alleged former debunker of UFO sightings throughout the American Project Blue Book years, has been causing quite a stir recently in this same vein. French, who testified at the recent Citizen's Hearing on Disclosure in Washington DC, had long claimed knowledge of separate incidents that paralleled the Roswell UFO crash, in addition to having seen a UFO "repair job" being undertaken off the coast of Newfoundland sometime in the 1950s. Granted, there are also a number of facts that have emerged more recently that beg further question about French and his background... So is there still merit to trying to unveil the "hidden" past of this alleged UFO debunker? 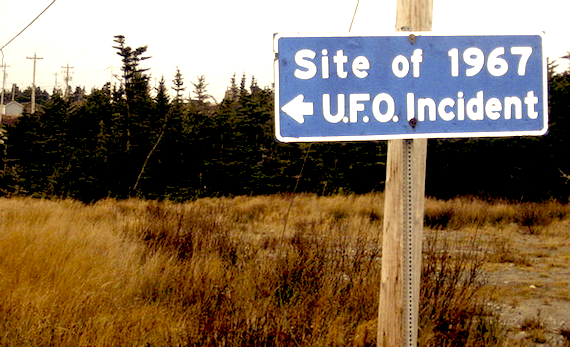 There absolutely is merit, if not a necessity, for trying to unravel French's past. If proof can be found that corroborates with his claims, we may very well have opened a portal to UFO secrecy of the past that will aid future research. But why, then, do so many "UFO believers" seem to be against digging into French's past? The story only gets more strange from here... and according to some, it may even have to do with a famous UFO incident that took place off the coast of Nova Scotia in 1967.

French "testified" about this incident while he was in Washington a few weeks ago, but there were aspects of his story, as is usually the case, that were being underreported by the media. For instance, it soon came to light that French had been mentioned by name in John Keel's book The Mothman Prophecies, in addition to photos documenting his time in the Air Force, which were obtained by Antonio Huneeus and the folks at OpenMinds. If anything, it seems clear that at least certain parts of French's story were true... and yet, despite the "Detective Work" into who he is (or was), and whether his claims ring true, there has been a lot of criticism and heated debate over the idea that facts about his background--if they were indeed secret--could even be obtained.

Commenting on the article that was originally featured at The Gralien Report, many argued that if French's background had been with "secret" Air Force operations, then it was essentially useless to try and find information about such past operations. This may seem logical to some, and for many, to assume that French's work had been of a "secret" nature would also mean that it would essentially be useless to look for evidence to support his UFO claims. 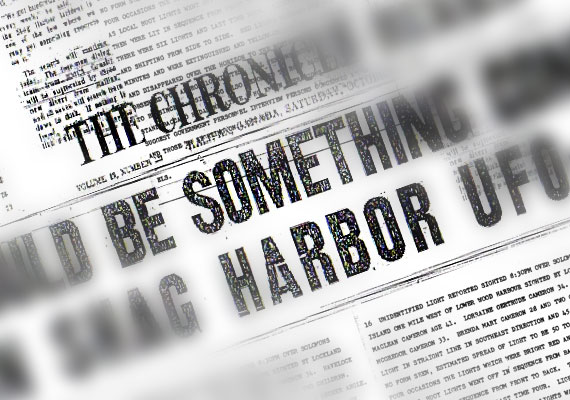 In other words, according to this logic, if he says that it had been covert operations he was involved with, then to look for proof to back it up is simply a waste of time. Therefore, many just end up taking what French says at face value... or, alternatively, they dismiss it outright. The obvious result, as we can see, is that people will make their determinations about French based not on what any evidence can provide, but instead what their predeterminations about the man simply want to allow into their scope of reality. Hence, a skeptic might say that French's testimony is just too good... and that it's obviously bunk as a result. Meanwhile, a hopeful UFO enthusiast might hear his testimony, accept that it had been "secret" up until now, and accept his words as "proof" of the underlying UFO reality... and never even try to find a shred of official documentation or other supporting evidence to back up this belief.

Thus, to give you just an idea of the kinds of criticism that stemmed from my attempts at looking into French's past, one commenter posted the following on my article at The Gralien Report:

Wow, talk about making stupid remarks.i guess you think mr. frenches work will be documented right something like this:major French went to so and so to debunk a ufo there he beat one witness and conned the rest at the time he had longish hair to throw people off he is registered with the air force as an ufo debunker come on get real.

One more, just for good measure, which offered a much more grounded view, though along the same lines:

I’d say that it is highly unlikely that a truly top-secret op would keep records of names. As for “evidence” – that depends on how you interpret the word. In certain situations, the lack of records can constitute evidence. For instance if it can be verified that someone was a USAF officer but there is a lack of records of their assignments while such such records are in place for most other officers that constitutes evidence that something out of the norm took place.

I don't think it's necessarily bad that some folks (well, many of them) naturally get a bit presumptuous when they think they are dealing with something that is "secretive" or clandestine, especially when it involves government, UFOs, or any mixture of the two. And as a result, often (but not always), the actual facts are left to the wayside... but despite this, I hoped to look into French's past, and see what kind of documentation--civilian, military, or otherwise--might turn up.

As I'd mentioned earlier, John Keel mentioned Richard French by name in his book, The Mothman Prophecies, in the book's second chapter, titled "The Creep Who Came in from the Cold". There, French is described as being an Air Force officer in civilian clothes who had come and introduced himself to a woman in May of 1967, apparently during an inquiry involving a UFO incident. French had been the famous "MIB" Keel spoke of who attempted to drink a bowl of Jell-O (for more on the story, see this article). This is important for a couple of reasons: one, it shows that a Richard French who allegedly worked with the Air Force had been operating around the late 1960s, doing precisely what French says, today, he had been working on at the time: disinformation and skeptical downplaying of the UFO enigma.

Despite the fact that there is a Richard French mentioned by Keel who, at the time, had been working for the Air Force, and with special interest in UFOs... would you believe that I've had a few folks express doubts about whether it was "the same Richard French?" (!) Nonetheless, moving along to French's most recent claims, these involved an alleged UFO incident off the coast of Newfoundland, where he said he had observed two submerged UFO craft, as well as alien beings which were performing maintenance of some kind on them. After featuring the story, one of my readers had contacted me to share the following about its similarity to another famous UFO incident:

I hope you realize that the Richard French underwater UFO account sounds A LOT like the supposed insider Navy account of the Shag Harbor incident. See Dark Object by Don Ledger and Chris Styles, or check Wikipedia. It has nearly the same story of aliens working on an underwater UFO.

One might infer from the tone used here that, yet again, my readership seems to think I'm just no good at researching UFO incidents like this. ;) Fortunately, I'm a bit more thick-skinned than that... and here's why I don't think these two cases are one and the same.

The famous Shag Harbor UFO incident took place in October of 1967, off the southern coast of Nova Scotia near the small fishing community after which the incident was named. There are indeed similarities between this case and French's description of seeing two submerged UFOs with alien beings carrying out repairs on one of the craft. However, according to a Huffington Post article that carried French's story, the incident French claims to have seen took place in the 1950s (presumably as early as 1952), and had taken place off the coast of Saint Johns, Newfoundland. While one might assert that Shag Harbor, being along the southern coast of Nova Scotia, is "near" Newfoundland, the truth is that the two locations are nearly 600 miles apart. It seems unlikely, at best, that the two incidents had been one and the same, although Antonio Huneeus and other UFO researchers have wondered if French might have borrowed elements of the Shag Harbor story in his retelling of a UFO incident he claims to have witnessed around 1952 near Saint Johns. All things considered, I too find this to be a compelling theory.

The final piece of the big, fruity ufological pie had to do with my personal review of Project Blue Book files from the year of 1952, of which there were a handful of incidents reported near Newfoundland (yes folks, Project Blue Book files can be accessed and reviewed, for those willing to go look, by clicking here). None of the incidents for that year seem to match French's story... so could he, or anyone else, have gotten the year wrong? Or must we consider whether the story French had told was inaccurate... possibly even a fabrication? 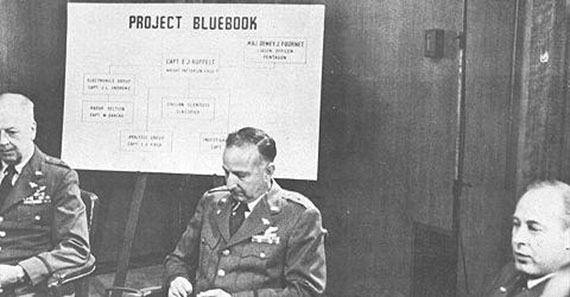 At this point, it is indeed difficult to tell... and no doubt, the conjecture and confusion will continue, as is so often the case with ufological studies. But the conclusions I have drawn, based on what evidence we do have, are that at least some of French's story really does seem legitimate. As for the rest? Well, maybe those files really are still sitting in a secret archive, for all you or I know. Maybe it's all a bunch of made-up-nonsense. Who knows.

Without question, there is some "official" information that is kept from the public. Elements of the ongoing UFO narrative are probably missing, at least so far as what civilians can access today. But we have to start somewhere, and subjecting ourselves to willful ignorance with regard to the information we can access won't do us any good. Whether or not we can uncover the complete story at present, we must strive to put together what pieces we have, rather than overlook them based solely on presumptuous attitudes. And thus, here the evidence seems to suggest that at least some of French's claims about being a former Project Blue Book "debunker" may actually be true, after all... but the rest, as they say, does still appear to remain a mystery.