Just over six years ago (almost to the very week) a deeply strange series of events kicked off in the woods of central England, just a stone's throw from where I used to live. On April 26, 2007, the Stafford Post newspaper stated the following: “A rash of sightings of a ‘werewolf’-type creature prowling around the outskirts of Stafford has prompted a respected Midlands paranormal group to investigate."

The newspaper continued: "West Midlands Ghost Club says they have been contacted by a number of shocked residents who saw what they claimed to be a ‘hairy wolf-type creature’ walking on its hind legs around the German War Cemetery, just off Camp Road, in between Stafford and Cannock. Several of them claim the creature sprang up on its hind legs and ran into the nearby bushes when it was spotted.” 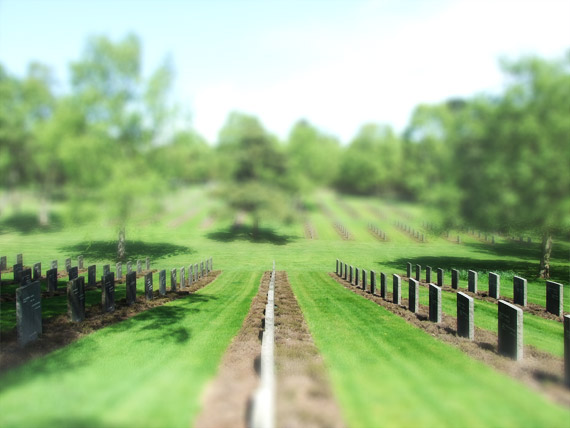 Nick Duffy, of West Midlands Ghost Club, said of the strange affair: "The first person to contact us was a postman, who told us he had seen what he thought was a werewolf on the German War Cemetery site. He said he was over there on a motorbike and saw what he believed was a large dog. When he got closer, the creature got on his hind legs and ran away. I've spoke to many witnesses and I know when they are putting it on. But what struck me as strange about this was the way he told it. I’m in no doubt that he was telling the truth.”

The creature was also apparently spotted by a scout-leader walking over the forest land earlier in April. The man, who the Stafford Post stated did not want to be named, said he saw what he initially believed was a large dog prowling by the bushes. It was only when he got into his car to drive away that he realized something very weird indeed was afoot.

He said: “It just looked like a huge dog. But when I slammed the door of my car it reared up on its back legs and ran into the trees. It must have been about six to seven feet tall. I know it sounds absolutely mad, but I know what I saw.” 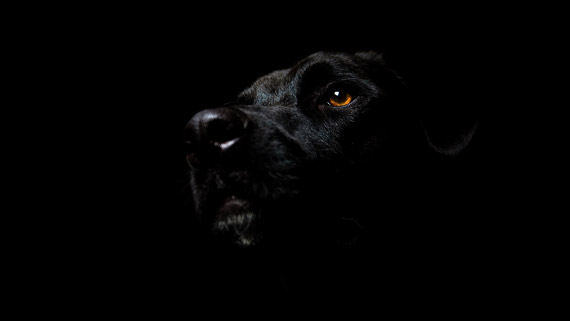 Were real-life werewolves really living deep in the woods around the German Cemetery? True or not, the local media, recognizing that the story was undoubtedly a great one, continued to run with it whenever and wherever possible; one month later, the following account appeared within the pages of the Chase Post: “A tribe of subterranean creatures who surface on Cannock Chase to hunt for food could be behind a rash of ‘werewolf’ and Bigfoot sightings near Stafford. And the mysterious beings could also be responsible for a string of pet disappearances, it has been claimed."

Newspaper staff added: "Theories behind the sightings range from a crazed tramp to aliens. But now another paranormal expert has put forward the theory the sub-human beast is not a werewolf at all - but a Stone Age throwback. The investigator, who wishes to remain anonymous, told us: ‘Strange sightings in this area have been made over many years by civilians, military, police, ex-police and scout leaders on patrol. Some incidents have been reported and logged but others not: some people don’t want to be classed as mad.’”

The newspapers elaborated further: “The strangest rumor has come from a senior local resident who believes the mysterious intruders to be subterranean. He told us: ‘The creatures have made their way to the surface via old earthworks to hunt, for example, local deer.’”

And, on the surface (no pun intended!), the far-fetched tale could have easily been dismissed. However, the Post's source added: “It’s a fact that there has been significant mining activity under Cannock Chase for centuries. And it’s a fact there is a high rate of domestic pet disappearance in the area - especially dogs off the lead. Just ask anyone who walks their dog near the German War Cemetery.”

Needless to say, with tales of wild werewolves on the loose, underground caverns, monster-haunted spooky mines, and pets vanishing mysteriously in the woods, there was no chance whatsoever of the controversy grinding to a halt. Indeed, I still get tales to this very day of werewolf-style creatures seen in the vicinity of that spooky cemetery. And I'm not the only one. 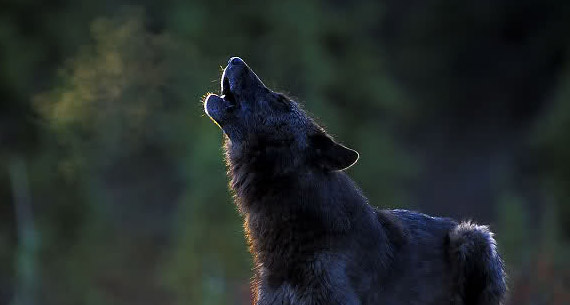 Lee Brickley, who has just created a new blog, titled Paranormal Cannock Chase, and which focuses upon the many and varied mysteries of the area, has uncovered further details of man-wolves seen in the area.

Lee notes in one particular report: "...a group of 3 teenagers who, whilst stopping for a cigarette break on a popular car-park near to the village of Brocton (a place that describes itself as the Gateway to Cannock Chase), witnessed the understandably terrifying sight of what they described as an 'oversized, upright, wolf' rummaging through a litter bin. Luckily, at a distance of around 20 meters, the creature didn't notice them and soon moved on, but those lads have been deeply affected by it nonetheless."

And here's Lee's complete story on the weird saga.

Is lycanthropy well and truly afoot in central England? Are savage werewolf-like beasts wildly on the loose? For at least six years such stories have surfaced, suggesting, incredibly, the answer might just be an ominous "Yes"...

Red Pills of the Week — May 4th