The setting is unimpressive. A gravel road lined by trees and weed-choked ditches connects Newton County in the southwest corner of Missouri, with equally rural parts of Oklahoma. This is County Road E50, better know as Spook Light Road. And something that is impressive happens there often.

The Spook Light, found south of Joplin, Missouri, is a glowing orb the size of a basketball that floats down the road from Oklahoma. If you’re sitting in a car waiting for the light, it often dances on the hood of the car, winks out, and reappears behind the car like it had gone right through the cab. The locals say this happens a lot. 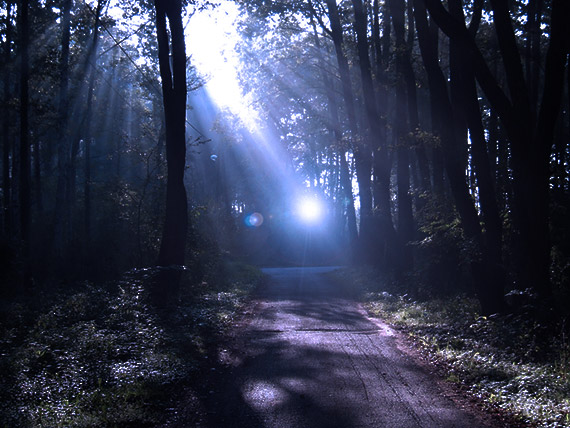 Roberta Williams, from nearby Carthage, Missouri, has seen the Spook Light, and she knows it’s real. “It was before midnight,” she said. “It was like a big, huge ball with a yellow glow and it went right straight through our car. I just screamed.”

According to local legend, two Quapaw Indian lovers, chased by warriors and an angry father, jumped from a cliff into the Spring River and died. The Spook Light is supposedly one of the young American Indians walking this quiet road searching for their lost love.

The light gained prominence when white settlers moved into the southwest corner of Missouri in 1886, but the local American Indians reported seeing the light in the early 1800s, said historian Virginia Hoare of Seneca, Missouri. People have seen the light ever since. 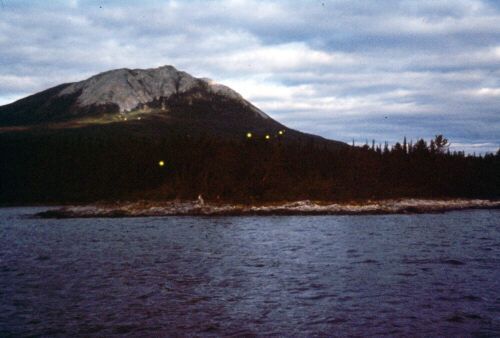 The U.S. Army Corps of Engineers studied the light in 1946, but couldn’t find the source. Explanations range from gas escaping from the abundant shale in the area, to refracted automobile headlights, to UFOs, and ball lightning.

Northwest Missouri State University physics professor David Richardson planned to investigate the Spook Light with colleagues in 2011, but the EF5 tornado that struck nearby Joplin two months before the study put it on hold. “I've always been fascinated by ball lightning and if the Joplin Spook Lights failed the first hypothesis (headlights), then I'd have turned to (ball lightning),” Richardson said. “Having a place that regularly produces ball lightning would be awesome to study, if in fact the location produced it.” Ball lightning in nature is, as of yet, unexplained, although it has been created in the laboratory.

Regardless of what causes the light, it’s there. Locals have seen it often, including Hoare. “When I was in high school, and I graduated in 1934, I saw it,” she said. “It came right through the car. We saw it coming toward us and I looked out the back window and I saw it had passed through the car.” 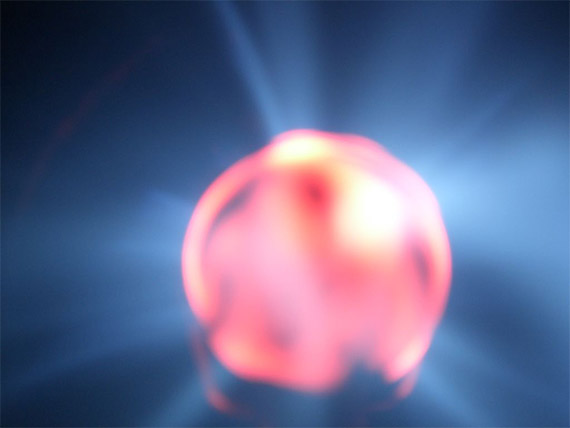 Former mayor of Seneca Gary Roark has never seen the Spook Light, but knows many who have. “It’s a little bit like people with stories about UFOs,” Roark said. “There’s no doubt they’ve seen something, but what it is is anybody’s guess.”

A building sits at the turnoff to Spook Light Road. Although it’s a private residence now, it used to be the Spook Light museum. The museum was originally owned by Arthur “Spooky” Meadows who later sold it to Garland “Spooky” Middleton. Middleton sold soda to people who stopped to see the Spook Light.

Bill Caldwell, librarian for the nearby Joplin Globe, said he knows why people are interested in the light. “It’s such a community happening. It’s just part of the landscape,” he said. “It is unexplained and intangible, there’s just no way to know what it is.”

To find Spook Light Road from Joplin, take Interstate 44 to Exit 4; Missouri 43 south 4 miles to Gum Road; turn west on Gum Road to a T; turn south; then turn west onto E50. Hoare has advice on the best place to park. “You never know quite where to stop on the road,” Hoare said. “But people say ‘where do you find the most beer cans? That’s where you can stop and see the Spook Light.’”