November 22 of this year marks the 50th anniversary of the assassination of President John F. Kennedy, at Dealey Plaza, Dallas, Texas. It's a place I know very well, as it's only a short journey from where I live. One of the areas of controversy surrounding the assassination that is seldom discussed in a serious forum is that which posits a link between the event itself and the UFO controversy.

As fantastic as it may appear, there is a demonstrable body of evidence available that links numerous people to the JFK saga who were also allied to the UFO subject. More notably, nearly all of those people with connections to the JFK story were specifically linked with crashed-saucer accounts, rather than just the UFO subject in general.

It must be stressed that not all of the individuals in questions had personal and direct connections to the assassination itself – some were merely acquainted with the President, or had an awareness of his UFO links and interests. Several had backgrounds that were dubious, unclear, and filled with suspicious deaths.

Between now and November 22, it's my intention to share with you - via a number of posts (you'll note that this one is titled "Part 1") - the huge amount of data I have uncovered on this very weird topic. We'll start with the very odd saga of Maury Island. It all began on June 21, 1947, three days before what is widely regarded as the first modern UFO event – pilot Kenneth Arnold’s sighting of a number of elliptical shaped objects over Mt. Rainier, Washington State. 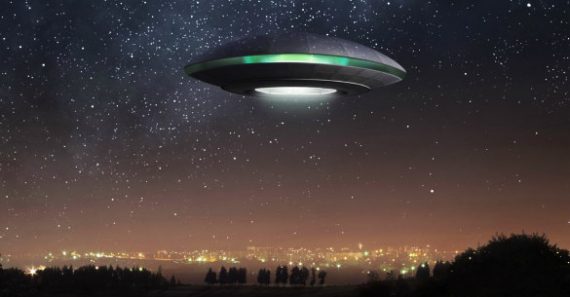 So the story goes, on the morning in question, a man named Harold Dahl, his son, and two still-unidentified individuals witnessed six, disc-shaped aircraft – one in the middle, wobbling in a strange fashion while the remaining objects surrounded it – flying in formation over Puget Sound, Tacoma at a height of around 2,000 feet. Dahl described the objects as being “shaped like doughnuts,” and with “five portholes on their sides.”

Suddenly, the central disk began to wobble even more and dropped to a height of no more than 700 feet. The remaining discs then broke formation, with one of them descending to the same height as the apparently malfunctioning disc and then proceeded to “touch it.” 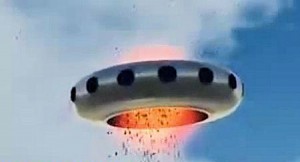 Without warning, the malfunctioning disc then began to “spew forth” what appeared to be two different substances: a white-colored material that Dahl described as a thin, white “newspaper-like” metal that floated down to the bay; and a black substance, that also hit the water, and that was reportedly hot enough to “cause steam to rise.” Indeed, sections of the black substance allegedly hit both Dahl’s son and his pet dog that were also on the boat, and reportedly killed the animal outright.

According to the story, Dahl reported the events in question to his superior: Fred Crisman, a man with a long and complicated life story, and suspected ties to the murky world of American Intelligence. Since Dahl had supposedly retained samples of the recovered debris, he convinced Crisman to go to the Maury Island shore and take a look for himself.  Crisman later claimed that he saw on the shore an “enormous amount” of both the black and the white material, and recovered some of it for his own safekeeping.

Crisman duly reported his experience to the publisher Ray Palmer (of Amazing Stories fame), who hired none other than Kenneth Arnold to investigate the Maury Island affair. Arnold, whose own, historic encounter came three days after Dahl’s encounter at Maury Island, delved deeply into the story, and was later joined by two Air Force investigators, Captain William Lee Davidson and First Lieutenant Frank Mercer Brown, who were working under General Nathan Twining to collect information on the then-current wave of UFO encounters that was being widely reported across the United States. 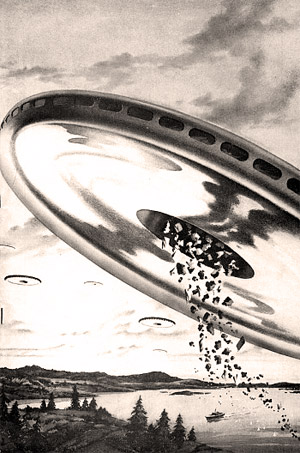 Crisman turned over samples of the mysterious debris collected at Puget Sound to the Air Force investigators, who intended to fly it to their final destination at Wright Field, Ohio. Fate would have another outcome, however. Shortly after Brown and Davidson departed from Washington State, their plane crashed, killing both men. A team was dispatched to clean up the site. Reportedly, however, the strange debris could not be located.

Many commentators (including Captain Edward Ruppelt of Project Blue Book fame) have stated that the entire Maury Island event was nothing more than an unfortunate hoax that had a tragic outcome for Brown and Davidson. Kenn Thomas’s intense and dedicated research, however, has shown that the affair might not be so black-and-white as has previously been assumed.

Most significant, are Crisman’s alleged links to the Intelligence community: In 1968, Fred Crisman was subpoenaed by New Orleans District Attorney Jim Garrison, as part of Garrison’s investigation into the assassination of President Kennedy.

In a well-known report titled The Torbitt Document, Crisman is named as one of the three “hobos” picked up in the rail yard behind the infamous Grassy Knoll at Dealey Plaza, Dallas where, some maintain, a “second gunman” was located during the killing of Kennedy. The fog of time has effectively resulted in certain aspects of the Maury Island case remaining unresolved – and perhaps, unfortunately, permanently.

For some, the case is still nothing but a tragic hoax. For others, however, it is seen as one of the most important cases of all, involving the actual recovery of debris from a malfunctioning UFO.

The involvement of shadowy players on the periphery of the Intelligence community; the possibility of the deliberate murder of Air Force personnel in possession of the strange materials recovered at Maury Island; and even both direct and indirect links to the JFK assassination, all serve to ensure that the controversy surrounding the Maury Island affair continues.

Stay tuned for Part 2 of this ongoing JFK-UFO issue in the very near future...