A Final Trip into the Mind of Rod Serling

'Twilight Zone' devotees were promised one more trip into the fertile imagination of the late Rod Serling last week when it was  announced that Bad Robot (the production company headed by current 'Star Trek' and future 'Star Wars' director J.J.Abrams) is to produce Serling's final screenplay 'The Stops Along The Way'. But in this modern age of special effects and action-led sci-fi/fantasy, will they succeed in bringing Serling's vision to life?

When it came to putting the unexplained on the small screen, Rod Serling was a prolific and pioneering genius. When 'The Twilight Zone' debuted in 1959, it's intelligence, creativity and sheer quality was of a level rarely seen before or since. In his quiet, meditative style, Serling seldom felt the need to resolve the mysteries of the unknown, more often using strange and inexplicable phenomena as tools to highlight the dark and flawed nature of human behaviour. Of course, a futuristic or otherworldly setting also proved to be a clever way to tackle subjects that would have otherwise fallen foul of the late '50's/early '60's censors such as death, gender roles, anti-war sentiments and racial prejudice. Serling frequently drew upon his own life experiences, particularly his harrowing stint in the military in which 50% of his regiment would perish. Flashbacks and nightmares would plague him for the rest of his life.

By the time 'The Twilight Zone' ended in 1964, Serling had written 92 of the show's 156 episodes, as well as playing a large part in running things behind the scenes, and memorably appearing on camera to host each instalment. The show continues to be seen around the world, was recently released on Blu-Ray, and is regularly paid homage to in a variety of media. For Rod, other projects followed, including the cult favourite and spiritual successor to 'The Twilight Zone', 'The Night Gallery'. He would also co-write the 1968 classic 'Planet of the Apes'.

Little is known of 'The Stops Along The Way' other than that it was completed in 1975  (a few months before Serling's untimely death at the age of 50) and that the adaptation is to take the form of a TV mini-series. It will of course not be the first posthumous Rod Serling project to hit our screens. 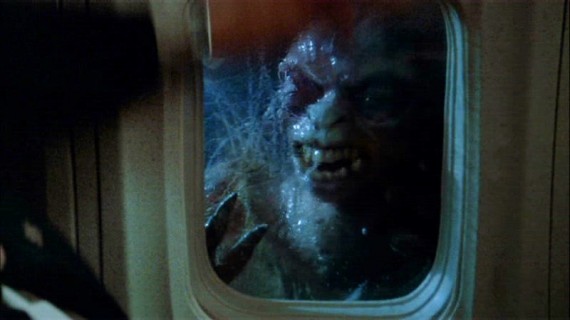 'The Twilight Zone' itself has had numerous revivals, first via a 1983 motion picture in which directors including Steven Spielberg, John Landis and George Miller remade three classic episodes. Perhaps the most memorable of these was 'Nightmare At 30,000 Ft.', in which John Lithgow took on the role of petrified airline passenger John Valentine (previously portrayed by William Shatner). As entertaining as the segment is, it also highlights the film's central flaw: even with some of the greatest directors and actors of it's era on board, there is little to add to these already classic tales other than a higher budget and some 1980's spit and polish. Sadly 'Twilight Zone: The Movie' would go on to be chiefly remembered for a tragic on-set helicopter stunt crash that would claim the lives of Vic Morrow and child actors Myca Dinh Le and Renee Shin-Yi Chen.

Despite being only a moderate financial success, the movie was enough to convince the CBS network that their was sufficient interest in reviving the TV series. 3 seasons would be produced between 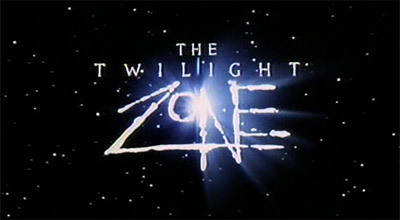 1985 and 1989, comprising 65 episodes. While a slew of popular and acclaimed actors, writers and directors were eager to work on the show (having grown up under the influence of the original run), they were never quite able to recapture the magic of the classic series. Indeed, staff writer Michael Cassutt said of the show's weak reception "I can see why people who were expecting The Twilight Zone were disappointed with it. Our show always seemed uneven to me".

Five years later a TV Movie entitled 'Twilight Zone: Rod Serling's Lost Classics' would hit the air. Although the pre-publicity for this broadcast seemed to hint that we would see (as the title suggests) two lost Serling TZ scripts, the truth was slightly less enticing. The first script was actually written by frequent 'Twilight Zone' scribe Richard Matheson from an outline by Serling. The second, while seemingly a complete Serling script, was never intended for 'The Twilight Zone' having been written several years after the TV show's cancellation. The special, narrated by James Earl Jones, received mixed reviews and has rarely aired since.

The last 'Twilight Zone' revival to date came in 2002 on the UPN network, with Forest Whitaker taking on hosting duties. Alongside original stories, the series frequently featured updates and remakes of classic episodes such as 'Eye of the Beholder' and 'The Monsters are due on Maple Street'. Most interestingly for die-hard TZ fans (the term Twi-hard has unfortunately been assumed by fans of an altogether lesser franchise!) Bill Mumy would return to star in a direct sequel to an episode he had starred in some 42 years previously. In 1961's 'It's A Good Life', widely considered to be one of the most memorable stories, Mumy played Anthony, an evil child with godlike powers. In 2003's aptly titled 'It's Still A Good Life', he returns as a now adult Anthony who's mother (reprised by Cloris Leachman) is shocked to discover that Anthony's young daughter has inherited some of his powers. Despite these clear attempts to win over long term fans, this third incarnation of the TV series also failed to match the critical and commercial success of the original and was cancelled after a single season of 44 episodes. 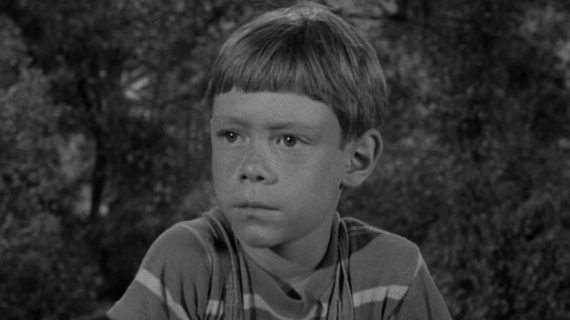 The question remains as to whether it is possible for a new generation to bring the magic, vitality and sense of mystery to a Serling piece without direct input from the man himself. Certainly all attempts to do so to date have proven uneven at best. That Serling was proud of his work on 'The Stops Along The Way' is, thankfully, apparent. In his final interview he is quoted as saying "I just wrote 'The Stops Along The Way', which is I think, a lovely script".

A central theme in Rod's work and in much of the science fiction and fantasy that has followed his lead, is the future: do we look to it with hope and optimism or fear and dread? Perhaps for now, in the case of 'The Stops Along The Way', we merely look forward.