A Monster-Hunter Sees a Monster

"Has any cryptozoologist ever seen one of the monsters they are looking for?" That was a question I was asked on a radio-show just last week, while promoting my new book, Monster Files. Well, the answer to that question is an undeniable: "Yes!" Indeed, people might be surprised just how many monster-hunters have had their very own encounters with wild and terrible beasts. And, here's a classic example, which involved my good friend Jon Downes, of the UK-based Center for Fortean Zoology.

Jon begins his tale in earnest: “When I was at school in Bideford [England] in the early 1970’s, a story was told about one of the older houses on the outskirts of the village of Abbotsham, a few miles outside Bideford, and where a werewolf was supposed to reside. It was very much a friend-of-a-friend tale – everyone knew about ‘the beast’ and its predations, which were supposed to be on sheep.”

Needless to say, Jon adds, no one ever admitted to having actually had first hand experience of the werewolf, but he is certain that the story is still discussed in whispered tones in the memories of a whole generation from the old school. 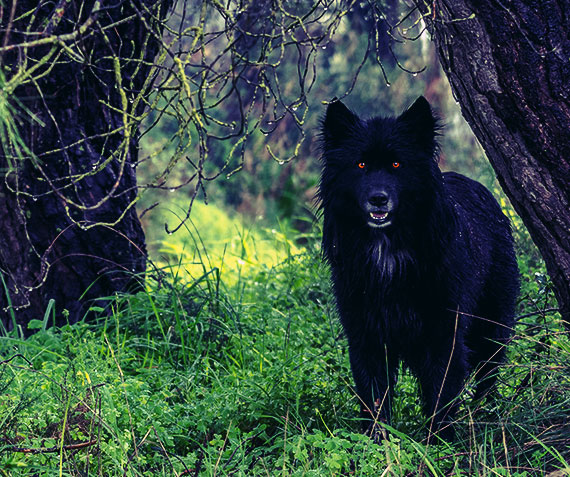 Jon continues: “The stories I had heard as a young teenager impressed me enough to want to investigate more.  I was twelve or thirteen and at that time I was convinced that I could outrun any old werewolf. I was young, brave, intrepid, and my mate, Jim, whose aid I had enlisted in this noble expedition, had an air pistol. So I knew everything was going to be alright. At that time I lived in a tiny village called Woolfardisworthy, which was about nine miles from Bideford. But I visited my friend Jim regularly and on one June weekend we conspired together to go werewolf hunting.”

The intrepid pals set off soon after breakfast and cheerfully walked along Abbotsham Road, past the old school gates and towards the village where the werewolf was alleged to have its dwelling. To this day, says Jon, he can still recall the hedgerows being alight with mayflowers and honeysuckle. As he and Jim approached the village of Abbotsham, and the coast path that led towards Abbotsham Cliffs, however, the pleasant surroundings were replaced by gorse and furze.

“Climbing over a field gate at a predetermined point, our expedition became an illegal one,” Jon reminisces, “as we shamelessly trespassed across farmers fields towards our destination.  About a mile and a half from the road that we had left, was the beginning of a wood. This was, allegedly at least, our destination, and we started to feel a little uneasy.” Sheepishly they entered the woods. 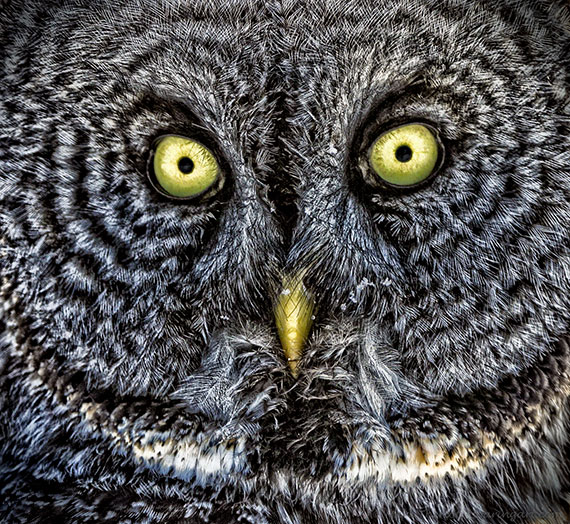 Jon, whose many books include Monster Hunter and The Owlman and Others, adds: “In all my life of wandering through woods, forests, thickets, jungles and rain forests across the world I have never come across one that was completely silent. Except for this one. Here and there we could see the mangled and dilapidated remains of a rhododendron bush, indicating that once this had been a carefully managed woodland. Now it was just abandoned wilderness. It felt to us like we were the only visitors here for decades if not longer. There was absolutely no sound except for the crunching noise of twigs and dead leaves scrunching beneath our feet. No bird song, no buzzing insects, no tiny scurrying animals.

“Then we noticed something else strange. Apart from the occasional dirty gray-green of the sickly rhododendron leaves, there was practically no color. It was midsummer, remember, but all of the trees and bushes at eye level anyway appeared to be dead. If you looked up, you could see the outline of the leafy canopy silhouetted against the blue sky, but down here in the wood itself it was as dead as a morgue.” 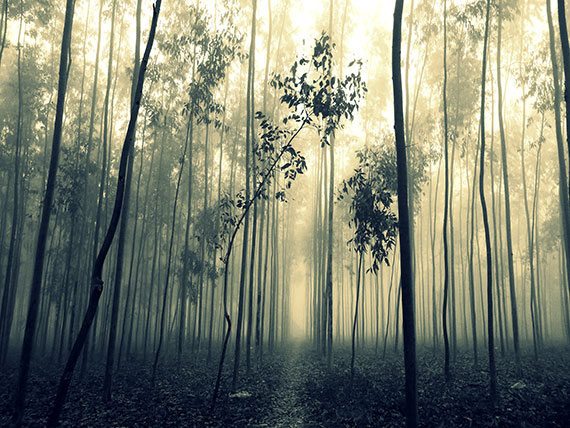 The boys carried on in silence but both felt uncomfortable and neither wanted to be the first to suggest that discretion should be the better part of valor and that they should get the hell out of there as quickly as possible: “After what seemed like a lifetime - but was probably only about half an hour - the undergrowth began to thin out and before us we could see a rusty three-strand, barbed wire fence. Being the intrepid souls that we were, we didn’t hesitate to clamber over. I tore the seat of my jeans to blazes and was soundly scolded by my mother when I got home but that is another, and completely irrelevant story.

“Well, we found a house in the woods alright, but no werewolf. Anyway we were hungry, there were fifty pence pieces burning holes in our pockets and there was a little shop back on the outskirts of Northam that sold the most delicious pies known to man. We decided to take what we believed was the most direct path through the woods to get to Northam where we could eat those pies, drink lemonade and relive our adventure of the morning.”

The two set off in what they believed was the right direction for Northam. And although they were undoubtedly intrepid, direction finding was certainly not one of their strong points and they soon became hopelessly lost. And as they went deeper and deeper into the woods the atmosphere became more and more unpleasant. The woods, Jon explained, were not just quiet, but oppressively silent. It was not just the absence of birdsong or insects that was noticeable, but the absence of anything. 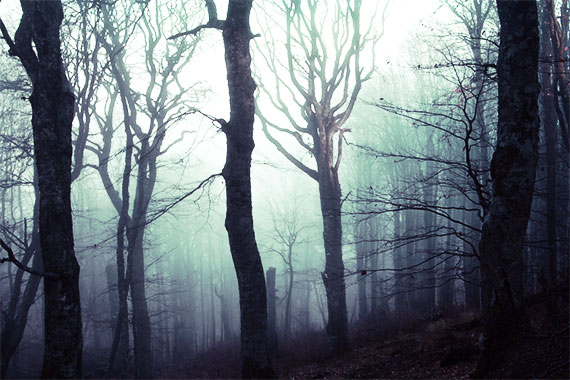 Jon and Jim were now running as if their very lives depended on it. Needless to say, they had completely lost interest in the Northam bun shop. Jon explained the situation succinctly. “We just wanted to get the hell out of this accursed wood. Then it hit us. A stench the like of which I have never encountered before, or since, rolled up towards us through the trees.

“Now, I have examined dead animals in the tropics where corpses are reduced to a putrefying mess within hours. I have observed a human autopsy and have conducted dissections of creatures ranging from a woodlouse to a bottle nosed dolphin. I have seen quite a few dead humans, some in particularly unpleasant conditions. On one occasion I even attempted mouth-to-mouth resuscitation on a corpse that had drowned on her own vomit. I am not a squeamish man, and I was an even less squeamish youth. But this smell was the most disgusting that I have ever encountered.”

Then suddenly there it was, added Jon: a dead roebuck. Its head was caught in a barbed wire fence and its tortured body lay splayed out behind it, bloated with putrefaction and with its intestines spread out beside it.

"I am convinced that I know what killed it," reveals Jon: "In the half-light we could see an amorphous shadow of what appeared to be an enormous black predatory creature crouching over the carcass of the roebuck. If you looked at it directly there was nothing to see, but out of the corners of our eyes it was clearly visible. That was just too much for us. We were explorers no longer and ran like hell until we finally found ourselves on the cliff path that traverses the long journey between Abbotsham and Westward Ho."

“We were back in the sunshine. We were safe. And we never spoke about what had happened again. Sadly, soon afterwards our friendship disintegrated in the way that adolescent friendships often do. We never fell out but simply grew apart.”

Jon's final words on the matter: “To this day I am convinced that we encountered the Abbotsham werewolf.”

Art of the Future: A Peek Inside the Singularity