Anomalous Meteors and Nebulous Nature Behind the UFO Phenomenon

For serious scientific researchers of unexplained aerial phenomenon, one thing that cannot be overlooked is the possibility--no, the likelihood--that certain phenomenon of a very natural variety can often account for the seemingly inexplicable. Time and time again I have been watching the sky on a clear, starry night, to look up and behold something that I felt may have been extraordinary at first glance, only to find out later that what I had been observing was not what it seemed.

With a sky full of metallic bits of debris from leftover space operations, satellites in orbit, the International Space Station, and an entire host of other things, it becomes easy to see just how full of junk the space of our planet's near-Earth orbit really is. I can only imagine what it must have been like hundreds of years ago, before humankind had populated the heavens with technological devices and bits of junk that contribute to a variety of illuminated phenomena in our night skies... would people of these previous eras have reported as much UFO activity as we do today? 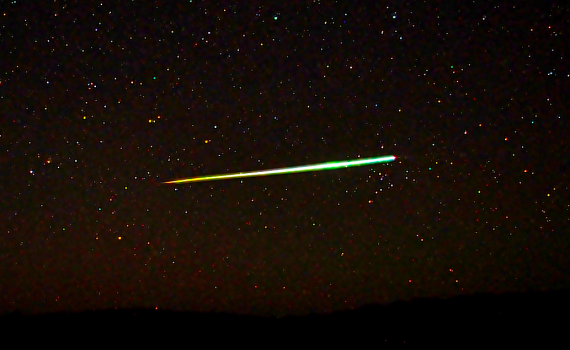 To say probably not is the simple answer, although as is often the case, there is more to the equation here than just the appearances of manmade objects that must be considered. To say that there have been some UFO sightings in early times that were of actual extraterrestrial origin is difficult to say... but without question, there have been a number of strange things appearing in the night sky of yesteryear that seemed more difficult to explain in conventional ways.

A personal favorite among the instances where strange things were reported prior to the twentieth century was recounted by American Physicist William R. Corliss, which he had initially described as being an "erratic meteor." In 1871 over Marseilles, France, a strange, slow moving "meteor" was observed moving through the sky on the night of August 1. The object "moved east, stopped, moved north, stopped again, and returned to its easterly course." This strange, slow moving "meteor" remained in view for about 20 minutes as it changed course numerous times in this way. Writing about this in his Scientific Sourcebook collection, Corliss noted that such "apparitions" are often described as "High-Level Nocturnal Lights, so named in UFO literatures."

Whatever the object may have actually been, this did not seem to be a meteor, though there is always the possibility that a plasma of some variety had been responsible for the odd aerial display of 1872, a theory employed both by hopeful UFO researchers as well as by skeptics seeking to detract from the notion that extraterrestrial technologies might be behind some UFO reports. However, there are actually a number of other kinds of phenomenon that might constitute similar late-night aerial mysteries. 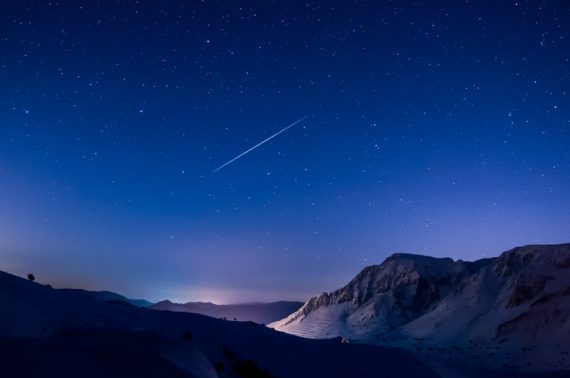 At the site of amateur astronomer Adam Marsh, a number of different kinds of astronomical oddities are featured, ranging from parallel or "double" meteors flying together side by side, as well as the theory that electromagnetic propagation could cause the appearance of sound as a meteor passes through the sky. Other varieties of phenomenon include "Black Meteors," believed to be a trick of light or possibly even eye fatigue, as well as "fuzzy" meteors and those that fly along kinked or otherwise irregular paths (the most similar, perhaps, to the "erratic" meteors Corliss describes). To review a listing of these different celestial phenomenon, you can visit Marsh's page here.

To reiterate something I mentioned earlier--and despite my persistent interest in reports of seemingly valid UFO phenomenon--I have on many occasions witnessed things that fascinated me in the night sky, some of which have appeared to remain inexplicable. I have never, on the other hand, managed to convince myself that these were truly "UFOs" in the sense that they were technologically controlled objects of some variety. Thinking back, I can recall seeing everything from the moon diffused through clouds and atmospheric phenomena, to double iridium flares and, yes, meteors behaving in an odd or inconsistent fashion.

Had I ever seen anything that really stirred my curiosity enough for me to consider extraterrestrials, I might feel differently about the UFO phenomenon in general; but this is not to say that I base my entire perspective on the phenomenon solely on what I alone have experienced, or that I dismiss what others have seen out of hand either. Instead, I merely wonder if there aren't varieties of natural phenomena that could account for strange instances of UAP. To assume that we know all there is to know about nature and the cosmos is the height of arrogance; but to leap to conclusions about the nature of unexplained phenomenon based on a lack of data is also a problem... and hence, we are left pondering what the real unknown quantities are in relation to UFO reports.

The Gray Man of Pawleys Island