Diving Down the Rabbit Hole: Aliens, Mind Control, and Misinformation

If you're anything like me, then at times you may have been willing to dive fairly deeply into the rabbit hole in search of "the truth"... whatever that may actually constitute. Granted, anymore that can be a difficult thing to find, not so much because there are wicked and vile forces aimed at suppressing it, but because with the proliferation of technology that facilitates instantaneous, unrestrained communication, we are in a position in modern times where there may, in fact, be several varieties of "truth" which we must wade through, in order to find what agrees with our consensus reality and those things deemed provable.

Granted, if some aspect of our reality cannot actually be proven with ease, then we must accept that it may simply not be true. So what, then, leads people to believe certain truly bizarre things when they remain unprovable, like government conspiracies where world leaders are working in collusion with wicked alien beings, who seek to control our minds and, eventually, our entire planet? 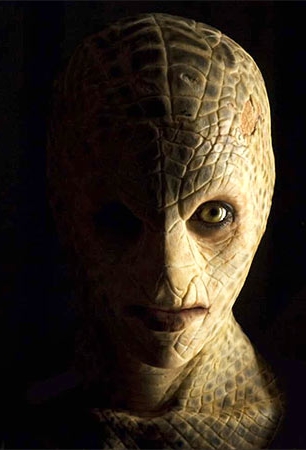 For all you or I know, maybe this really is what's going on. Others would argue that this kind of attitude toward life is the work of a delusional mind... and in many cases, I would agree. However, I also feel that, at times, we must take into consideration the fact that there may be ordinary rudiments of the way our minds work that can actually lead (or mislead, as it were) individuals into thinking very strange things... such as the notion that aliens are controlling humanity in a battle for our minds.

Much the same way that a series of still images will give the impression of movement (and hence the magic of cinema), when gaps between instances of reality begin to occur, the human mind seems to have evolved to cope with these by filling in the spaces. In cinema, our mind subconsciously connects the motion between still images being fired rapidly, and connects them as a continuous story. Much the same, when gaps occur in any given narrative, perhaps our minds work to fill in those gaps yet again... but what is the result in this instance?

A recent example was brought to my attention after a friend shared a discussion with me that had been taking place in a forum online, and to my surprise, I had been "called out" for possibly giving misleading information regarding a secretive meeting of ufologists that allegedly took place late last year. The story went like this: a shady meeting of the world's greatest UFO researchers, hosted by a mysterious unnamed individual, was held over a weekend in the Northeastern United States. All those in attendance expressed how much they enjoyed the event and the company, but strangely, the attendees could remember little more about the event that the fact that it had been enjoyable... which seemed odd, considering the buzz this gathering managed to generate among those in the world outside.

Before long, it had become apparent that what was actually occurring had been a secret government operation, in which these otherwise respectable UFO researchers had been compromised using advanced mind-control technology. One woman, for instance, had allegedly claimed her husband returned from the event acting slightly "out of it," and that he hadn't been quite the same for days afterward. Had he been drugged, or something else? 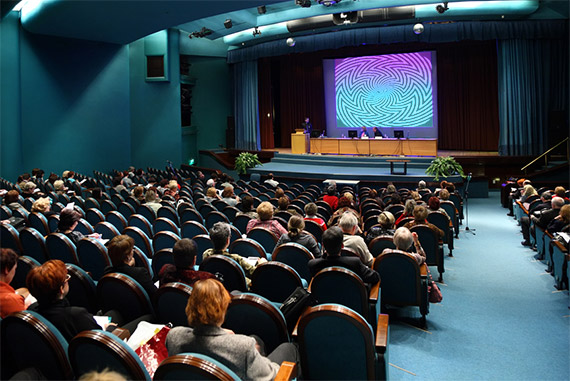 The entire sordid affair can read about in this article, which I too decided to take a look at. Much to my surprise, it turns out that I did know precisely what this event was, and as indicated in the article, I was one of the people in attendance! However, rather than being some secretive meeting of UFO researchers, the event was, in truth, a weekend retreat featuring a number of individuals from all walks of life, ranging from businessmen and their families, to alien abductees. Granted, there was a focus on unexplained phenomena, and of course, the host and his family expressed a sincere, if not profound interest in all of it. I would argue that anyone who had been in attendance would have felt the same: that it had been a dining experience, if anything, geared primarily toward the hopeful endeavor of facilitating conversation about unexplained phenomenon in a constructive way, which mainstream news agencies and academic institutions don't seem to favor.

To be fair, for a moment I had to assume that I knew what it was like to be a Bilderberger: here I had attended a private event which, rather than being conducted in secret, simply hadn't been a promotional event that was posted on the websites, Facebook, and Twitter accounts of every Tom, Dick and Harry in the blogsphere. Why was this the case? I would argue that, while having dinner at my parent's house may not be a secret endeavor, it is also not an event that is open to the public!

But for those who knew about the like-minded researchers attending this little shindig, from an outside perspective it must have seemed at least slightly odd. For one, if I had heard about it second hand, I might have even thought about it for a moment, and left it at that... but quite the contrary, it seems that others in the blogsphere have taken the idea and run with it, alleging everything from government mind control, to an alien base located beneath the venue where we had dinner that weekend! In all likelihood, there is probably an alien refuge beneath my parent's home just as well, and both of them are contactees... hence my own innate interest in the subject (and all kidding aside, this was actually suggested to me by one highly visible exopolitical activist in this field, who for the time being shall remain unnamed. Seriously, I couldn't make this stuff up). 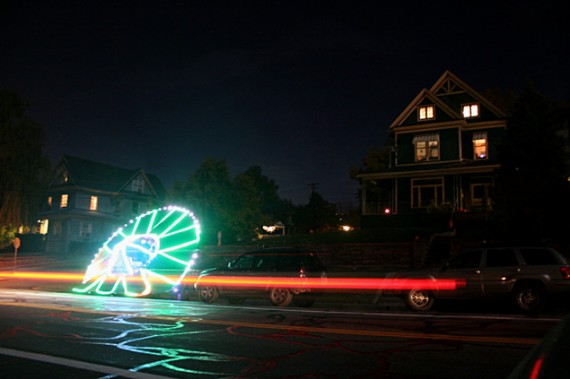 For whatever reason, it does seem that people will fill in the proverbial "gaps" in a story when the entire narrative isn't made available... and for whatever reason, in some of those cases, maybe the seeker runs the risk of diving so far down the rabbit hole that diminished oxygen levels prevent the proper transmission of oxygen to the brain! But in all seriousness, instances like these only further clarify, in my mind, that perhaps a majority of the "mythos" surrounding ufology today is less the influence of actual mysterious forces, or even manipulation of data to give us that impression... it may very well be more akin to a sociological phenomenon that causes us to gravitate toward the extremities when information is lacking. And unfortunately, when it comes to a subject like UFO research, we very well may have more questions--and hence more speculation--than answers.