The Old Alton Bridge is situated in the Texas town of Denton. It is roughly about an hour's drive from where I live and has a very strange and monstrous legend attached to it. It concerns nothing less than a terror-inducing Goat Man, of the very type that have been reported from a whole variety of other locations across the United States for many a year. Probably the most infamous of all the Goat Men is that which allegedly surfaced in and around the town of Lake Worth, Texas back in the summer months of 1969. But, what of its nearby cousin of the supernatural kind in Denton?

Well, on several occasions now I have paid visits to the bridge at Denton that the Goat Man is said to haunt by both night and day. The weird tale is known all across town, too, not surprisingly. For example, on my second trip there back in 2009, I parked my car around noon, on the open piece of land that sits right next to the bridge - and where a police officer also happened to be parked, taking a break, and munching on his lunch.

I couldn't fail to see that he was watching me. As I got my digital camera, voice-recorder, and camcorder off the back-seat of the car, he shouted in my direction something like: "Hey, what are you doing?" I replied, in matter of fact style: "Looking for the Goat Man." His brief and much welcome response, after a few seconds in which he carefully considered my words, was something along the lines of: "Okay, well, good luck."

As for the stories that revolve around the creature's presence, one legend says that, many years ago, wannabe devil worshippers in the area inadvertently opened up a portal to some hellish realm that allowed the vile beast open access to our world. And now, today, and as a direct result of this reckless action, the Goat Man has no intention - at all - of returning to the twilight zone from which he first strode forth. Hence his deep desire to forever haunt the old steel-and-wood bridge at Denton. 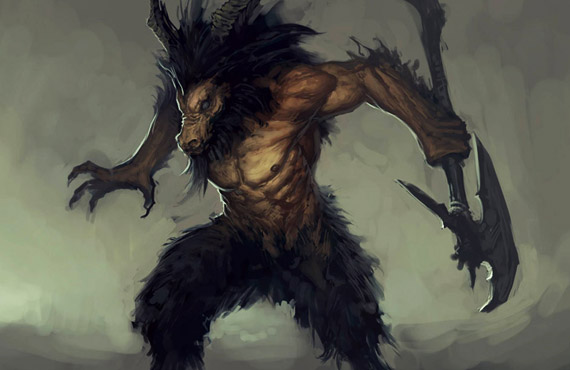 An even weirder story maintains that the Denton Goat Man’s origins can be traced back to a resident of the town who, decades ago, slaughtered his entire family, and was quickly hanged as a punishment for his terrible crime.

As the local legend tells it, at the moment he was hung, the man’s head was torn from his body by the weight of his blubbery form. And, for months afterwards, his spectral body returned to the world of the living with only one goal in mind: to find itself a brand new head. It supposedly did exactly that by violently wrenching off the head of an innocent goat that had the great misfortune to be in the area at the time.

And so, the Goat Man of Denton was well and truly born. But was this latter story merely a tall tale? Well, yes, of course, it was! But that does not take away the fact that local folk, on many an occasion now, have reported seeing the nightmarish, hoofed one roaming around the woods and the land behind the bridge. In other words, whatever the real origins of Denton’s Goat Man, there does appear to be a significant amount of substance to what many merely perceive as nothing more than an entertaining piece of local hokum. 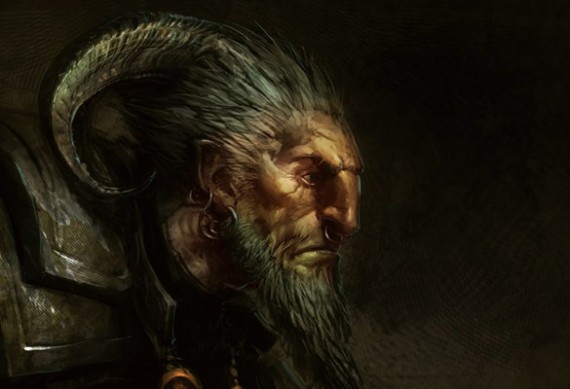 Bridges, as anyone with even the most basic knowledge of Forteana will be aware, have been directly linked with paranormal phenomena for years; in fact, for centuries, no less. There is the Man-Monkey of England's Shropshire Union Canal, which I have written about previously at Mysterious Universe. And, of course, there is the world's most famous winged humanoid, Mothman, and the tragic events of December 1967, involving the huge Silver Bridge at Point Pleasant, West Virginia that collapsed into the dark depths of the Ohio River, drowning dozens.

Is it simply a mere coincidence that old bridges and bizarre entities go together, in definitive hand in glove style? No, just maybe it is not. In her 2006 book, Mystery Big Cats, author Merrily Harpur wrote of certain mysterious locales that she specifically refers to as Liminal Zones: “These are the transitional zones between one area and another – the kind of no-man’s-land traditionally regarded as magical," says Harpur. She notes that such strange zones include streams, gates, churchyards and...yes...bridges.

Coincidence or strange portals to other, equally strange, realms? Whatever the answer to that controversy-filled question, take very great care the next time that you decide to cross an old and mysterious bridge on the proverbial dark and stormy night. You never know what might be lurking on it, around it, above it, or below it. Just perhaps, it will be none other than old "Goaty" himself. If it looks like he is in need of a brand new head, I suggest you run!