If Maury Povich could expand his you-are-the-father-based media empire into an interplanetary spectacle, one of his greatest reveals of all-time could possibly conclude with the talk show host saying, “When it comes to life on 4 billion-year-old Earth; Mars, you are the father.”

Clay extracted from a meteorite of martian origin collected in Antarctica has proven to contain high concentrations of boron. Oxidized boron, or borates, are thought to be among the stuff that led to the formation of RNA. 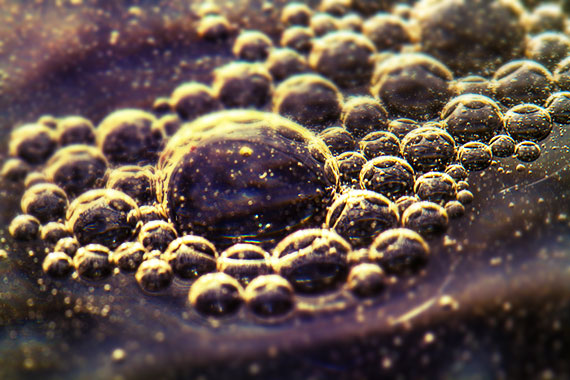 This discovery was published June 6, in the peer-reviewed scientific journal of the Public Library of Science, PLOS One, and was presented by researchers from the University of Hawaii at Manoa NASA Astrobiology Institute (UHNAI).

Here is an excerpt from the abstract of the research:

We have detected a concentration of boron in martian clay far in excess of that in any previously reported extra-terrestrial object. This enrichment indicates that the chemistry necessary for the formation of ribose, a key component of RNA, could have existed on Mars since the formation of early clay deposits, contemporary to the emergence of life on Earth. Given the greater similarity of Earth and Mars early in their geological history, and the extensive disruption of Earth's earliest mineralogy by plate tectonics, we suggest that the conditions for prebiotic ribose synthesis may be better understood by further Mars exploration.

In Povich terms, Mars has some explaining to do when it comes to life on Earth, because these tests are an indication mother Earth might have been pollenated with martian seed.

The meteorite studied by the Hawaiian University researchers was plucked from the Miller Range of Antarctica during explorations from 2009 and 2010. The clay in this particular meteorite is believed to be at least 700 million years old, which makes it older than any similar samples found on Earth. It was inside this clay they discovered the boron deposits like nothing ever before seen in an extra-terrestrial source.

While this doesn’t necessarily mean martian meteorites provided the borate which led to the rise of RNA on Earth, it doesn’t rule it out either.

RNA is thought to be the first terrestrial molecule to pass along information from one generation to the next, and was an evolutionary stepping stone to the DNA Maury uses to out fathers trying to shirk responsibilities on his show.

The story of Earth and Mars is one fitting for sleazy talk shows like Povich’s.

The two neighboring planets were very similar geologically at one point, however, it could be said Mars lost its job as a potentially life-rich planet and its atmosphere fell apart destroying vital surface water.

The meteorite protected elements from these wetter, better days in Mars’ past. These remnants of better days might have been the hook-up Earth needed for ribose to flourish and become the building blocks for life.

“Maury, he lost his job as a living planet right after we hooked up. We were neighbors, I trusted that he would always be able to support a life,” Mother Earth might tell Maury while waiting for the test results to come back during the panel segment of the show.

Instead, Mars turned out to be a deadbeat and Earth flourished into a thriving, living planet. 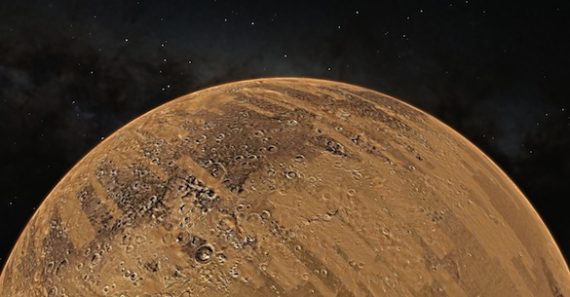 This new evidence indicating Mars had the boron to create the right environment for RNA to evolve more than 700 million years ago even though no samples that old have been found on Earth, will have to be researched more thoroughly before the red planet can truly be credited with passing along life-building elements to the planet that remained blue.

If only proving every one of life’s great questions were as simple as Maury Povich opening an envelope and reading the results, we could be at the precipice of another clue to the mystery of how we got here. Instead, we’ll have to wait while the scientific community mulls these results over just a little bit longer before their real impact can be understood.