According to Scottish legend, the Kelpie – or the water-horse – is a wholly supernatural creature that haunts the rivers, bridges and lochs of ancient Scotland and that has the uncanny ability to shape-shift. The most common form that the Kelpie takes is that of a horse – hence the name. It stands by the water’s edge, tempting any passing and weary traveller that might consider continuing on his or her journey to mount it. That, however, is always the fatal downfall of the traveller, as invariably the beast is then said to rear violently and charge head-long into the depths of the river or loch, and thus drowning its terrified rider in the process. 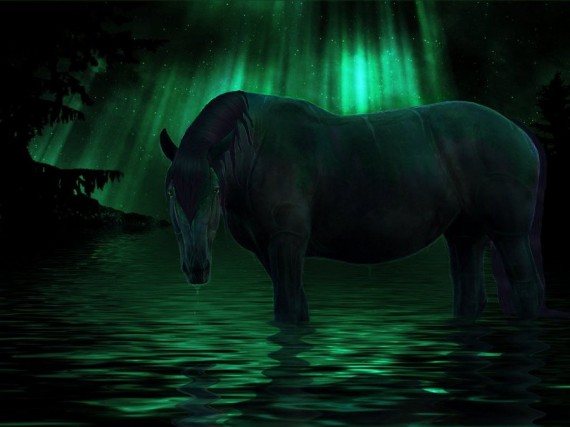 Very notably, the Kelpie was also said to be able to transform itself into both a beautiful maiden - or mermaid - and a large, hairy man that would hide in the vegetation of Scottish waterways and leap out and attack the unwary. The latter sounds very much like the so-called Man-Monkey of England's Shropshire Union Canal, a creature I have written about extensively, and which may be the closest thing the UK has to Sasquatch - albeit a paranormal Sasquatch!

And the more we look into such matters, the more we see yet further evidence of sightings of hair-covered wild-men linked to reports of beasts of the water. In other words, the reports are suggestive of the distinct possibility that not only are the old legends of the Kelpie still among us, but they may be legends that have their origins in paranormal reality. Let's take a look at a few more accounts linking anomalous apes and water in the UK.

The small Shropshire, England village of Child’s Ercall has legends of a hairy wild man and a mermaid attached to it. One strange creature in its midst would be strange enough, but two? And then there is Aqualate Mere, Staffordshire – which is very close to Woodseaves, the home of the Man-Monkey, no less – and also reputedly the lair of a beautiful mermaid. It must be said that sightings of predatory mermaids and magical maidens, as well as hairy monstrosities, are the veritable hallmark of the presence of a shape-shifting Kelpie, as well as being amongst its most preferred forms of appearance after that of the traditional water-horse.

The village of Defford, Worcestershire, England is home to a pub called the Cider House. One of the very few still-existing traditional cider houses in England, it has been in the same family for a century and a half, and visitors to the Cider House will find their drinks served to them in quaint pottery mugs, and amid a welcome atmosphere that harks back to a time long gone. More notable is the fact that for the locals that frequent the Cider House, it has a distinctly different moniker: Namely, the Monkey House.

So the legend goes, many years ago, a regular customer charged breathlessly into the pub late one night, claiming to have fallen into dense bramble bushes, after being attacked by a group of monkeys. Notably, the village of Defford is situated very close to Eckington, whose historic Eckington Bridge spans the River Avon and at which, late on weekend night in 1957, a man named Albert Micklewright was witness to what was described as a "big hairy thing from Tarzan." 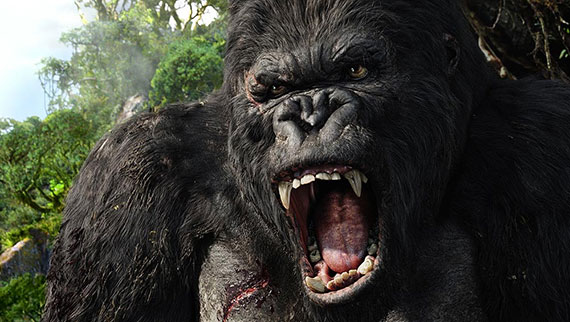 Then there is the intriguingly named Monkey Marsh Lock. Situated on the Kennet and Avon Canal, it weaves its way through the Thames and the River Avon, links the city of London with the British Channel, and has been designated an ancient monument by English Heritage. It is also one of the only two remaining turf-sided locks in England of the type that were chiefly used in the early 1700s. Needless to say, the origins of the lock’s admittedly eye-opening name remain shrouded in mystery and history.

Moving on, there is the encounter of Mike Atkins – an encounter that took place in 1996, but that Atkins steadfastly decided to keep firmly to himself until he read an article penned by me in December 2002 (for England's Express & Star newspaper) on the exploits of the Man-Monkey of the Shropshire Union Canal.  According to Atkins, he was driving over the road-bridge that crosses Staffordshire's Blithfield Reservoir in the early hours of a particular morning in 1996 when a giant, hairy animal "practically launched itself across the road at my car." Fortunately Mike skilfully avoided a potentially catastrophic collision.

The Kelpie may well be a terrifying entity whose origins are based firmly in the past. But, as the above-data demonstrates, the malignant thing seems determined to maintain a strong foothold in the present. And, should we expect anything less of the future? Probably not, albeit unfortunately for those who may, one day, find themselves crossing its infernal, deadly path, whether in the guise of a terrible water-beast, an inviting maiden, or a giant, hairy man-beast.