Since my first, and most recent article about emerging technologies was published, it has received a substantial amount of excellent feedback and generated a great deal of interest and intrigue regarding its content. It also seemed to reaffirm the supposition that not enough people are aware of these technologies, and that needs to change, so I am writing a follow up article to try and continue raising  such awareness.

It has recently come to public light that the NSA has been working with major mobile phone companies to gather phone records and metadata (a set of data that describes and gives information about other data) of Americans, such as who someone has called and for how long.  In consideration of just how much data that is, one thing stands out in the technological side of things: how is it even feasible that an agency can not only collect the estimated 2.5 quintillion, or 2,500,000,000,000,000,000 bytes of data that are created everyday single day (according to IBM), but sift through what is and is not relevant? Thanks to a recently published New York Times article, certain revelations have given insight, albeit very slight, into this overwhelming data-mining system.

The actual technical process of how this nearly unfathomable amount of data is sifted and sorted remains unclear, but the current opinion, according to the NY Times,  is that it probably uses supercomputing technology similar to that of IBM's Watson, famous for winning Jeopardy! against human opponents. A computing system with as much power as Watson would be able to rapidly process incredible amounts of information and simultaneously identify patterns of behavior. Such supercomputing technology is believed to be the most practical and efficient means by which the NSA and other intelligence agencies could analyze the ever-increasing amount of communication data. But perhaps the most fascinating, albeit unsettling aspects of this new wave of data-collecting technology is trilaterization, which obtains data from cell phone towers to allow for nearly exact location of a person's cell phone at any given time. Furthermore, it is alleged to have software that attempts to predict a person's route based on previously acquired cell phone data. Trilaterization is said by industrial experts to be used by various government and law enforcement agencies, surely fueling  any and all paranoia. Regardless of how the story develops, it still is amazing to realize objectively that a single government agency has the capability to locate millions of users and their approximate locations, predicted daily routes, and individual call logs, all from cell phone data. 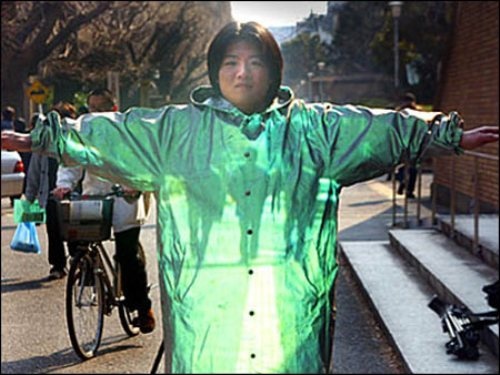 The ultimate, current goal in the science of invisibility cloaks is to basically create a cloak like the one from Harry Potter, but the mechanics of it are currently impossible. Despite recent advances in the creation of metamaterials and transformation optics, the science of invisibility cloaks is plagued by issues which have prevented it from becoming a reality, such as failure to cloak an object across the entire optical spectrum and failure to cloak larger objects such as a person. However researchers John and Benjamin Howell have bypassed that issue with a much simpler method that circumvents currently developing cutting edge science: "They simply create an array of lenses or mirrors that steer light around the region of space they want to hide."

Since mirrors can be made in a vast variety of sizes, their design can function to cloak a wide array of different-sized objects, including a person. Of course, there is one serious drawback to their design: it only cloaks an object from one direction so if someone were to walk around the cloaked object, or view it from another vantage point, they would see the cloaking device. However, the Howells successfully diminish this caveat by revealing their idea for the cloaking devices real value, which is truly terrifying: “The devices may have value, for example, in cloaking satellites in mid- to high-earth orbit.”So yes, invisible satellites. On the flip side, it seems to follow that these cloaks could hide structures, or virtually anything on the ground from aerial surveillance, such as aircraft or satellites. Regardless of the latter stalemate, the revelation of this technology means it will only begin to rapidly improve as interested parties begin to fund more research. All that is to say: don't expect your own personal invisibility cloak any time soon.

The next monumental technological revolution to transform the world is said to be that of augmented reality (AR). The basic idea behind AR is to create and superimpose a digital overlay upon the world's  physical environment, creating an interactive virtual display that can be viewed and controlled through 3D platform-compatible devices (e.g. smartphones, tablets, and eventually wearable electronic devices such as Google Glass). It will incorporate voice and gesture control (sort of like a 3D touch screen) to manipulate and control the AR interface.

The initial appeal of AR is believed to be the incorporation of nearly all personal electronic devices (phones, ipods, cameras, etc.) into one wearable, aesthetically pleasing device, most likely beginning with glasses. Even though critics have lashed out at the idea of having to wear goofy-looking glasses, they must remember this is only the beginning. The leap from glasses to contact lenses, for example, will likely be within reach soon after AR hits the mainstream, when huge tech companies begin competing for top spot in the market.

Atheer Labs is one of the many companies currently pioneering AR platforms, but theirs is not hardware specific (meaning their AR-capable products are not limited to glasses) and is designed to run on the same low-power computer chip technology as current  smartphones, but with greater power efficiency. Sulieman Itani, CEO and founder of Atheer Labs, had this to say about his company's design:

"We are the first mobile 3D platform delivering the human interface. We are taking the touch experience on smart devices, getting the internet out of these monitors and putting it everywhere in the physical world around you. In 3D, you can paint in the physical world. For example, you could leave a note to a friend in the air at restaurant, and when the friend walks into the restaurant, only they can see it. We want to create a portable device you can put in your pocket and the interface is as big as possible."

Sure, a paint app might not be the most awe-inspiring example of AR application, but keep in mind this is really just the beginning and its future implications are incredibly exciting. Despite how new this technology is, improvements are already being made and at least one major company, Intel, is pouring millions of dollars into "perceptual computing" over the next few years.

Bottom line: The world will be perceived in a radically different way within the next decade.

The infamous Palo Alto Research Center (PARC) has turned heads yet again with the announcement of a new technology currently in development that, according to a  Cnet article: "makes it possible to print electronic components like sensors, transistors, light-emitters, smart tags, flexible batteries, memory, smart labels, and more." Applications for this technology have already been seen in 3D printing (see the 'Printable Bionic Upgrades section' of the last Emerging Technologies article), but also include health tracking for patient care or emergency situations, or temperature sensing components that will eventually be integrated into food packaging. But the applications are already so vast that PARC is actually looking for any partners, from private companies to academic institutions, with ideas on how to integrate printable electronics into functioning products.

The actual printing method of the electronic components is very interesting. Similar to 3D printers, PARC's printer uses an additive method of printing, generating electronics from inks made up of nano-scale materials like molecules and tiny computer chips. The inks are specially made before each job in order to accommodate the necessary materials for whatever components are being printed; each printing job requires its own specific inks. 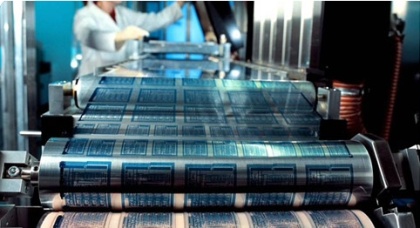 What really adds to the practicality and feasibility of this technology is that it can be printed using the same massive and efficient printers that are currently used to print newspapers; they just need to be upgraded with PARC's nifty inks. And although it is in its very early days, PARC's printable electronics program is already hard at work with other private companies, such as Thinfilm Electronics, creating and expanding a library of functional printed electronics. The idea is to keep expanding that library so that ideas of how to integrate these printed electronics becomes more frequent, drawing in more partners.

Any interested person can keep track of such developments through tech websites like cnet, but only the most significant, often consumer-related technologies seem to make it into the main stream news. Despite the degree in coverage, one thing seems to remain consistent among the ever-changing world of technology: it will only keep improving and changing the world.