While the woods are full of things that go bump in the night, forested areas hardly have a monopoly on the supernatural. If the stories from medical professionals are accurate, hospitals, nursing homes, and other medical facilities also play host to spirits, particularly those of the demonic variety.

Nurses deal with death on a daily basis, so it’s hardly surprising that many turn to religion as a source of wisdom and comfort. However, encounters with demonic forces may also influence nurses’ views on the battle between good and evil. In a chilling tale on AllNurses.com, one nurse shares her experience with a dying patient who was more than he seemed.

According to the nurse, the patient suffered from a variety of ailments that could end his life at any time. However, the man was terrified of death and raged at the nurses to keep him alive.

“Every time his heart monitor beeped, he would go into a rage screaming, ‘Don’t let me die! Don’t let me die,’” the nurse writes. “We soon found out why he didn’t want to die.” 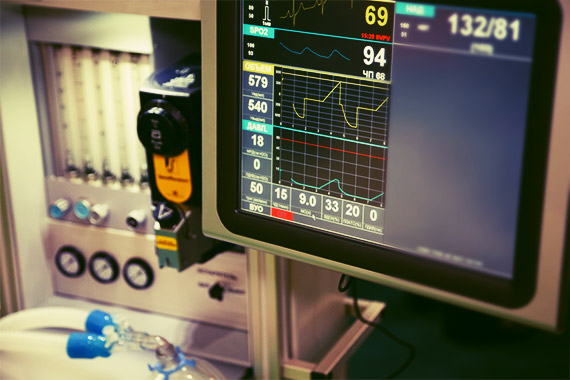 One night, the patient took a turn for the worse, and the nurse rushed into his room with emergency supplies. However, she wasn’t prepared for what she found.

“This man was sitting about two inches above the bed and was laughing,” the nurse writes. “His whole look completely changed. His eyes had a look of pure evil and he had this evil smile on his face. He laughed at us and said, ‘You stupid bitches aren’t going to let me die are you?’”.

After this frightening outburst, the man went into cardiac arrest and died 20 minutes later. However, the terror was far from over. Five minutes after a doctor pronounced the patient dead, the newly-deceased man sat up in bed and started to laugh, saying “You let him die. Too bad.” What happened next sounds like something from a horror movie.

“We heard a horrible, agonizing scream and then you could hear ‘don’t let me die’ whispered throughout the unit,” the nurse reports. “Every one of the nurses that night was pale and scared. Nobody went anywhere by themselves. By morning, the whispers of ‘don’t let me die’ were gone.”

Another tale, also from AllNurses.com, describes a patient’s terrifying vision just minutes before her death.

“She was given a patient who was passing away and had been unconscious for several days,” a nurse writes of her friend who worked in an oncology unit. “At one point during the night, the nurse went into the room and the patient was at the top of the bed and looked at her and said, ‘Don’t let them take me.’ The nurse was freaked out and asked the patient who was going to take her, and she said ‘that black thing up there’ and pointed up in the air. This patient died within minutes.” 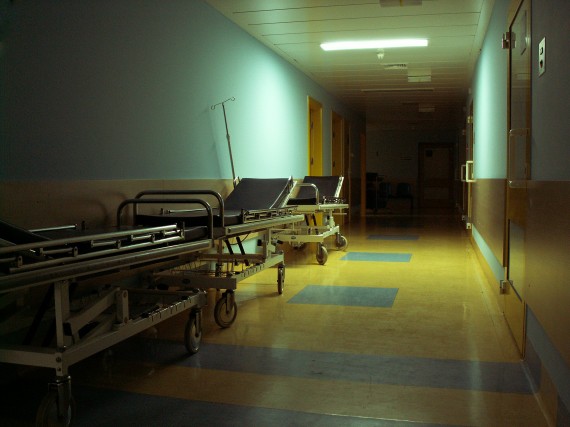 The Mark of the Beast

Nurses aren’t the only medical professionals to encounter sinister forces on the job. A paramedic on EMTCity.com shares his experience with a dying patient and a number many call the mark of the beast.

Like the dying man in the hospital, the paramedic’s patient was highly agitated, and he seemed to dread his impending death.

“We get there and it’s this poor guy in his early 40′s who is bald from chemo and sitting on his brother’s couch,” the paramedic writes. “He just kept saying, ‘Ooh. No. No. Oooh.’ and looking around the room, flinching every now and then like he was waving away flies. We got him to sit on the stretcher, and he said, ‘No, not now.’”

The man sadly crumpled to the ground a few minutes later and died with tears on his cheeks. As the paramedic drove the man’s body to the emergency room, he wondered about the patient’s post-death fate. That’s when things started to get weird.

“As I wondered if the man would go to heaven, I got a bad feeling, like darkness was creeping all around us,” the medic writes. “I happened to look down at the volt-meter and I saw the number 666 flashing. This panel normally doesn’t flash at all, it just reads voltage. It went 666, then .1, then 666, then .1, then 666, then .1, and then it went back up to 1200 or so and stayed that way. The uneasy feeling went away, but I still prayed the whole way to the hospital.”

For those unfamiliar with the significance of 666, many Christians associate the number with evil due to a passage in Revelation. In the New International Version of the Bible, Revelation 13:15-18 reads:

“The second beast was given power to give breath to the image of the first beast, so that the image could speak and cause all who refused to worship the image to be killed. It also forced all people, great and small, rich and poor, free and slave, to receive a mark on their right hands or on their foreheads so that they could not buy or sell unless they had the mark, which is the name of the beast or the number of its name.

This calls for wisdom. Let the person who has insight calculate the number of the beast, for it is the number of a man. That number is 666.”

Do demonic entities prey on the souls of humans? Let’s hope not. However, many religions teach that evil spirits are a real risk to both the faithful and disbelievers. What do you think?

Diving Down the Rabbit Hole: Aliens, Mind Control, and Misinformation