Ghost stories and campfire tales have captured the imagination of youth for generations, be it Ichabod Crane's encounter with the Headless Horseman in Sleepy Hollow or the Hook-Handed Man interrupting the amorous young lovers in the classic urban legend. Over time these stories may take on new forms, whether passed down from older siblings in the dead of night, shared among friends in the schoolyard or collected in books (for example the often-banned Alvin Schwartz's 'Scary Stories To Tell In The Dark') or comics (such as the similarly parent-baiting EC comics of the 40's and 50's) the goal always remains the same - for the storyteller to scare the snot out of his audience.

In the excellent 2010 documentary 'Never Sleep Again: The Elm Street Legacy' cast and crew members from the classic film series frequently allude to Freddy Krueger as a modern day bogeyman. In my own experience, this observation is certainly true. As a kid who was too young to see the original movies when they were first released, I had to rely on the often embellished accounts of my older sisters, who would ramp up the gruesome details of the Springwood Slasher's crimes before grimly reminding me that 'he could come for me in my dreams'. I became familiar with the legend of Freddy Krueger long before I'd ever seen so much as a frame of one of his movies. 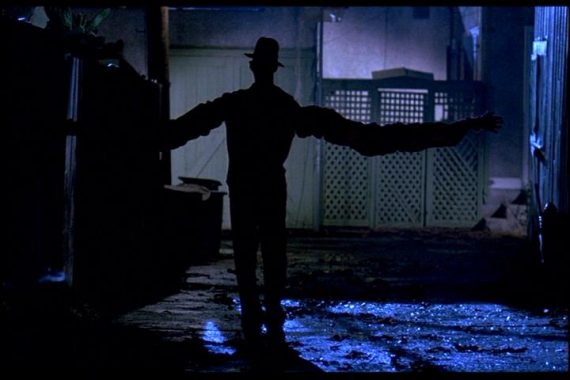 A few years later, I recall video tapes of the films changing hands at school and being hastily shoved into backpacks before they could be confiscated by eagle-eyed teachers. Sadly Freddy's legacy as the man of our nightmare's would be diluted as he became a more comedic, ridiculous and altogether less shadowy figure as the series wore on. It is, after all, hard to find true terror in a man you've just seen in a rap video with The Fat Boys! A truly worthless remake in 2010 failed to revive interest in either Freddy or the franchise. His horrror movie brethren Michael Myers, Leatherface and Jason Vorhees have all suffered similar fates.

Where then, does the internet age turn to for it's vicarious scares? The answer arrived on the popular forum SomethingAwful in 2009 in the imposing form of Slender Man. The site was running a contest in which participants were instructed to photoshop images to contain supernatural entities. User Victor Surge entered two photos of distressed children to contain an unusually tall, thin man with a pale featureless face and added text describing purported eyewitness accounts to the man's strange powers over those around him and linking him to the disappearance of 14 children. The second of these two texts referred to the eerie figure as 'The Slender Man'. The posts quickly caught the attention and imaginations of other members, who began to supplement the story with their own words and images. What had begun as a contest entry was to become a worldwide phenomenon. 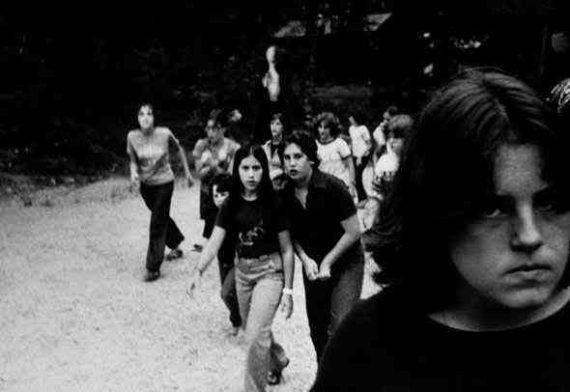 It is strange, in a way, to consider that these are the roots of the Slender Man mythos.  Elements of these early incarnations call to mind the kind of viral marketing that was first used to great success for 1999's 'The Blair Witch Project' - grainy, stark imagery and chilling, seemingly all too real accounts that leave out just enough of the key details to leave us scrambling to fill in the blanks in our own mind. The marked difference is that Slender Man was never originally presented as being 'real' - indeed, the admission that the photos had been doctored and therefore the words were fictitious was explicitly confirmed by the very nature of the contest. Also, 'The Blair Witch Project''s marketing had a very clear aim - to generate interest in a low budget horror film. In the beginning there was no budget, no product and no profit tied to Slender Man. The interest, the frights and the enjoyment were solely found in the exchanging of creative stories, pictures and ideas about who this spectral monster was - where he had been, what he had done and where he might strike next. In this way Slender is a truly organic villain, grown entirely out of shared fears - chiefly man's greatest, the fear of the unknown. One of the great sins of the later Elm Street movies was to bring the monster out in to the light. With The Slender Man, it isn't what you know about him, but rather what you don't know that will keep you awake at night. 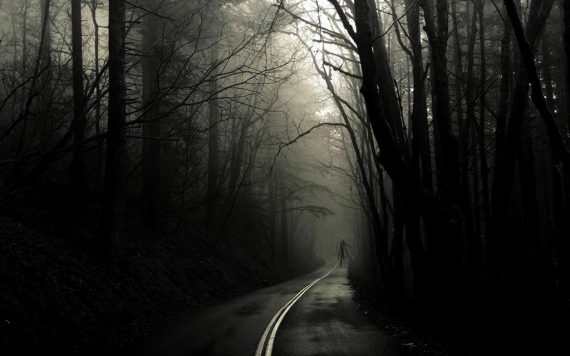 The internet is a hive of creativity and free expression, so it's not surprising that Slender's fans have ensured his crossover into various other media, such as found-footage horror. The 'Marble Hornets' series is perhaps the most popular of these, having racked up more than 55 million views on YouTube. Presented in disjointed snippets, the series largely revolves around recovered behind the scenes footage of a student movie, 'Marble Hornets' that was never completed as it's director slowly lost his grip on reality, finding himself stalked by you-know-who. A full length movie version of 'Marble Hornets', geared towards cinematic release, is currently in the works. Another film, simply titled 'The Slender Man' has also recently seen a free online release following a successful $10,000 Kickstarter program.

Two very well-received games (and a slew of clone versions) have also offered players the chance to experience the horror of Slender first hand. Heavy on atmosphere, 2012's 'Slender: The Eight Pages' is a first person survival game for PC in which the player finds his/herself in the middle of a dark forest tasked with collecting pages and avoiding Slender Man. While it's premise is simple, it is a thoroughly absorbing experience that demands to be played with the lights out. If you find yourself wanting more, it's much more elaborate sequel 'Slender: The Arrival' was released in March of this year.

It's true that the online community is a fickle one and today's meme can often be tomorrow's target for ridicule, but for now (and for the last four years) this particular legend has continued to grow. In the words of Arthur Conan Doyle, 'Where there is no horror, there is no imagination'. The glow of a campfire may have been replaced by that of a computer screen, but Slender Man is proof positive that we continue to have both horror and imagination in abundance.