Situated near to the picturesque, ancient hamlet of Milford, Staffordshire,  England, Shugborough Hall is both a large and renowned country house that serves as the ancestral home of the Earls of the city of Lichfield. And its spacious grounds are connected to the nearby village of Great Haywood by the Essex Bridge, which was built during the Middle-Ages. Around 1750, the hall was greatly enlarged, and then yet again at the beginning of the 1800s. Today, Shugborough Hall is open to the general public and boasts a working farm museum that dates back to 1805, and which is complete with a watermill, kitchens and a dairy.

Interestingly, the grounds of Shugborough Hall are also home to something known as the Shepherd’s Monument, upon which can be found a very strange and baffling inscription, and one which, many students of the puzzle believe, contains a secret code that identifies the alleged resting place of none other than the legendary Holy Grail. 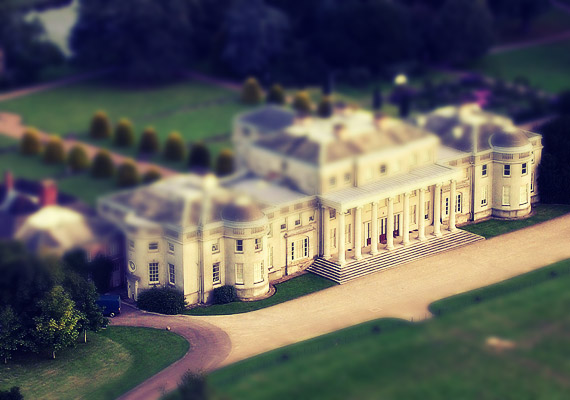 The Shepherd’s Monument is not the only such construction of note on the grounds of the sprawling old hall: The Tower of Winds, the Cat’s Monument, and the Doric Temple also have pride of place. But, get this: The thick and mysterious woods that surround Shugborough Hall are said to be the domain of nothing less than a diabolical, hairy wild man, or perhaps even several…

So the controversial story goes, at some point in the early to mid part of 1981, distinctly strange events took place late at night in the finely landscaped grounds of Shugborough Hall. On no less than five occasions – and specifically between February and June of that year – an undisclosed number of the many geese and ducks that frequented the pleasant waters that surround the hall were found brutally decapitated.

Their lifeless bodies laid out in what one employee of the Shugborough estate described concisely and notably as resembling "a witchcraft ceremony." Precisely how the man knew what "a witchcraft ceremony" involving decapitated water-fowl might look like, however, is pretty much anybody’s guess. And far more was to come. All of it was much, much worse.

On at least two occasions strange, loud, guttural noises were heard coming from one particular tree-shrouded area of the spacious grounds, and a large, hairy, man-like thing was observed by a shocked employee bounding at very high speed across the lawns long after the sun had gone down - and specifically heading in the direction of the winding waters that continue to run throughout the Shugborough Hall estate to this very day. 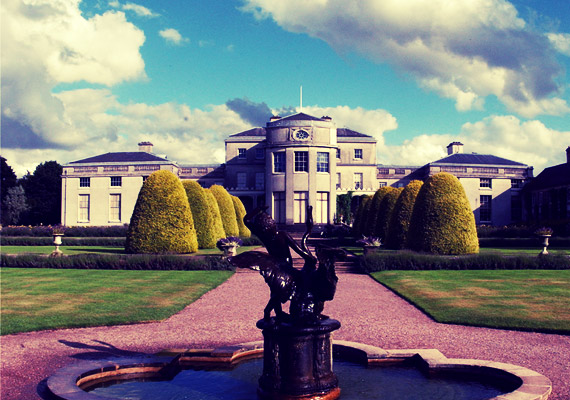 Somewhat significantly, the very same employee recalled hearing a loud splashing noise in the immediate aftermath of the sighting, which suggested strongly that the creature had actually propelled itself deep into the heart of those very same, darkened waters.

One of those willing to discuss certain, salient aspects of the above – albeit from the promised safety and camouflage of a thick veil of secrecy and anonymity – is a now-elderly man who was employed to look after the lawns at Shugborough Hall from the late 1970s to the early 1980s. To this day he alludes to semi-veiled warnings made by senior staff at the hall at the time in question that went something very much along these lines: "Do not to talk about the killings, the beheadings, the rites and the rituals. And most certainly do not discuss with anyone the sightings of the wild, hairy man-beast."

Nevertheless, despite the ominous order of complete silence, the man does, at least, confirm that a decision was taken at the very highest level "not to report anything to the police," and he further asserts that "everything" was dealt with strictly in-house; aside, that is, from a visit by a local veterinarian whose services were occasionally used to treat the pet animals that lived at the hall, and who reportedly made a detailed examination of the dead water-fowl.

Precisely what the results of that examination were, we unfortunately do not know, and probably never will. The same source has been able to fill in the blanks relative to several other aspects of the story, however.

Namely, (A) that the man-beast seen running wildly in the grounds exuded a foul smell that was somewhat akin to that of rotting vegetation; (B) that not a single one of the dead birds appeared to have put up a fight before decapitation (for example, there were no large piles of feathers laying around, no blood, and the birds looked to have been cleanly-cut and not torn open); and (C) that he had heard, from a colleague and friend, of "something like this happening here once before, in the 1960s, with a big monkey running around."

Some fifteen years ago or more now, I paid a visit to Shugborough Hall and had a brief opportunity to chat with a handful of the employees about the legend of the hairy wild man said to have been in their very midst, all those years earlier. Although none of them had any personal awareness of the story (which is not at all surprising, given that the chief events took place a decade and a half before I even thought about engaging them in conversation), they did admit to finding the whole thing very intriguing.

They eventually related to me a series of entertainingly paranormal tales of various unknown entities said to haunt Shugborough Hall. Although, it must be said that these were all of a distinctly ghostly and spectral nature – of the typical "grey lady" and "hooded monk" variety - and most certainly not of a hairy and Bigfoot-like style.

While a direct connection to the presence of the Shugborough man-beast could never be firmly proved, one of the employees did recall a weird event that had supposedly occurred around four years previous to my visit. In this case, a horse had apparently been violently slashed on its back legs in a fashion that looked suspiciously like the work of a wild animal, such as a "big cat."

Unfortunately, there were no more relevant details available; and so, therefore, I could do very little more than merely log the story for posterity, and in the event that further corroborating data might ultimately one day surface. To my lasting regret, it never has. The mysteries of Shugborough Hall remain.

Why Do Mermen Get The Short End Of The Trident In The Public Eye?