The Phoenix Lights: Testing the Waters for Disclosure?

Featured in multiple documentaries, the Phoenix lights of 1997 are widely known and renowned as one of the most witnessed UFO events. To this day, there is no sound explanation for what occurred, and it seems like it will stay that way considering how much time has passed and attention lost. The official explanation from military and government authorities was that the lights were test flares being dropped during a military drill.

Nonetheless, the details are not as important to this article as is the following. If one were to accept for a moment the hypothetical scenario in which the massive aircraft was of extraterrestrial origin and did in fact fly as low and as far as it did with so many witnesses watching; what would be the motive? 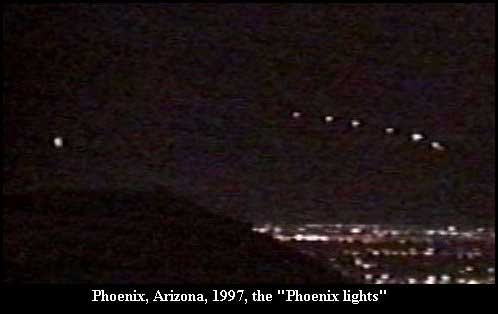 It is a frequently asked question: why would any civilization with such technological capability want to bother visiting Earth? Would it be to showcase exceedingly advanced technology? Or maybe it would serve the purpose of a message to let our population know that we are being watched rather closely? Or could it be simply a tourist attraction for off-world visitors? There are many possibilities, but my point here is that given the rareness of life in the universe, wouldn't it be more of a prerogative for advanced civilizations to seek out developing species, rather than avoiding them altogether? Consider humanity and the current state of affairs on our planet, one of the perpetually growing and society-improving aspects of our existence is science. 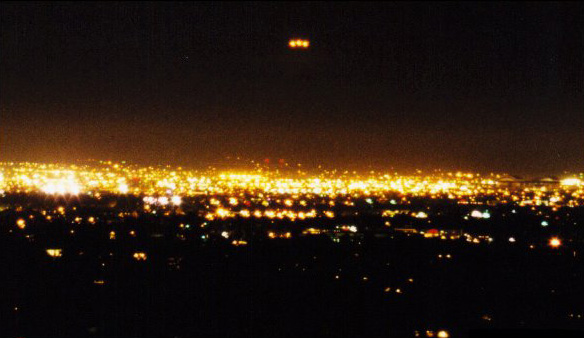 A huge part of the latter is the exploration of Earth, the discovery of new lands, the documentation of other species (as an aside, new species continue to be discovered on Earth more often than not), etc. Thus it seems it would follow that if humanity became a space-faring civilization, capable of traversing the Milky Way Galaxy, then we would most likely conduct the same methods of science in space as we do now on Earth. That is exploring the environment around us and searching for other forms of flora and fauna. Having this rationale in mind, it doesn't seem very far fetched to accept that extraterrestrial sentient species, more advanced than us, would be visiting us to conduct similar scientific research, documenting the various developing life forms and civilizations in the galaxy. 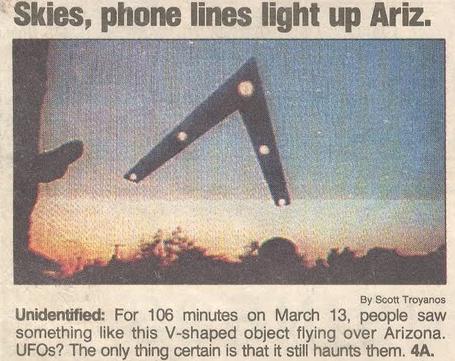 Back to the question at hand; were the Phoenix Lights (again assuming that they were of extraterrestrial origin) a plight for some advanced civilization to see if ours is ready to accept the disclosure and revelation of their existence? Some would immediately discount this possibility by pointing to the principle of non-interference/intervention; that any advanced civilization capable of visiting the planets of developing civilizations are not allowed to interfere or intervene in their development.

Even if that is the case, what better way to gauge a population's state of mind toward a phenomenon than presenting them with a daunting, blatant example of it in plain sight and monitoring the reaction? I will leave that for the reader to contemplate because there are so many different discussions and opinions surrounding this topic. Until next time, watch the skies!