When Conferences Get Weird

As someone who speaks at a lot of conferences, I often find that it's not just the things being discussed on-stage that are unusual, intriguing, and downright weird. Rather, even the build-up to the gigs can be swamped with high-strangeness! I'll tell you what I mean by that, with just one perfect example of many. Friday, January 8, 2010 was a monumentally cold one in Dallas, Texas. And, as I boarded my morning flight to Albany, New York, I guessed it was going to get even colder. Wrong, I was not.

After a several-hours-long layover in Chicago, I arrived at snow-blanketed Albany International Airport around 4.00 p.m., made my way to baggage-claim, and sat and awaited a shuttle to the gig in question – where I was due to lecture on  my expeditions in search of the Puerto Rican Chupacabras, British werewolves, Scottish lake-monsters, and Texan Goat-Men.

By the time our driver arrived, around 5.30 p.m., the steady-but-unspectacular snowfall that was in evidence 90-minutes earlier was now a veritable storm that was practically suggestive of the dawning of a new Ice Age!  The seven of us who were scheduled to take the ride pulled our collars high and our hoods low, exited baggage-claim, and made our way through the growing blizzard to the car-park.

I assumed we were being driven to the gig by Super Shuttle or some similar outfit. Such was not the case, however. Rather, the organizers had arranged for us to be picked up by a guy from Cooperstown, whose name now unfortunately escapes me, who had a deep interest in the paranormal. With him behind the wheel, and skillfully negotiating at breakneck speed, no less, the treacherous roads – that were, by now, being absolutely pummelled by the snow – the journey began. 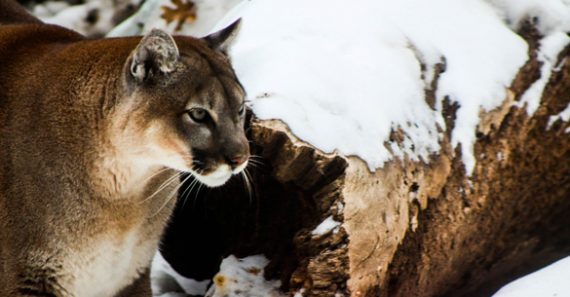 And, with the white stuff falling hard, the skies dark and ominous, and the roads enveloped on all sides by dense, ancient woods, it was highly appropriate, and maybe even inevitable, that tales of the creepy kind would rear their ominous heads.

At one point, as we neared our final destination, a large deer ran out into the road, and only narrowly managed to avoid being turned into a tasty pile of venison. As it did so, someone in the back of the van remarked that they thought for an instant the animal was nothing less than Bigfoot. Well, it was that aside which led our driver to relate a few stories of the cryptozoological kind that had come his way in Cooperstown. We all listened intently as the snow continued to pour, visibility lessened dramatically, and the skies grew ever darker.

One such story concerned the strange deaths in the area – some three of four years earlier – of numerous deer, all of which displayed clear evidence of savage bite-marks to the neck. Were vampires on the loose? Was a Chupacabras rampaging around the woods of Cooperstown? Not according to the official story that our driver told us: coyotes were the culprits, wildlife officials had suggested. This did not, however, put to rest the rumors that a large, savage and deadly black-cat was roaming the area. And there was more to come on this matter.

Our driver quietly confided in us how he was personally aware of a case that had occurred around the same time as the deer killings, when a woman in the area of Cooperstown had shot and killed a mountain-lion that had been invading her property with disturbing regularity. Her next step was to stuff the corpse into the trunk of her car, and head to the offices of the same wildlife officials that had attempted to put to rest the stories that vampires were feeding on the town’s deer population.

Then, so the tale went, a cover-up began. The following morning, the woman returned to the offices of the wildlife people and asked what they were going to do about the mountain-lion presence in the area. As she logically reasoned, if there was one large, predatory cat prowling around, then there might well be another, and another and…okay, you get the picture.

The terse, initial response to the woman’s questions was: “What mountain-lion?”

“The dead one I brought to your offices yesterday!” she boomed, angry and astonished. The wildlife personnel claimed no knowledge at all of any such corpse – that is, until the woman pulled out of her jacket-pocket various photos of the animal, taken on the ground, and in the trunk of her vehicle. Possibly anticipating that the authorities might want to downplay – or even outright deny – that large-cats were on the loose in the vicinity, the woman had the good presence of mind to capture the evidence for posterity.

It was then – when faced with the evidence – that the wildlife officer changed his approach, apologized , and asked the woman not to talk about the affair, largely as a result of the probably-correct worry that the local media would sensationalize the entire affair, and countless people would then be running around the woods at night, shooting just anything that moved, including people. Of course, this tale possessed more than a few aspects of Men in Black lore: the government official, the missing evidence, and the veiled warning not to discuss the affair. It was on the Saturday night, however, when a definitively surreal air overcame the event – for me, at least. While hanging out in the bar around 8 p.m., a fragmentary (very fragmentary, it must be admitted) story reached my ears from a man who had recently returned from serving with the military in the Middle East, and who had heard dark tales of large, marauding werewolves roaming, by night, the mountains of Afghanistan, and some of the older parts of Iraq.

The U.S. Army secretly knew all about the presence of such beasts, I was earnestly told, but didn’t know how to handle the situation – and lacked any form of true understanding of what the beasts were. And so the military simply chose to take the easy approach: they ignored the reports, or wrote them off as the equivalent of campfire tales told to kids on Halloween.

“Is there any way I can get this validated?” I asked the man.

“Nope,” he replied, matter-of-factly, as we downed our drinks. “But it is true, every bit of it.”

In other words, if you go along to a paranormal-themed conference, and you expect all the high-strangeness to come tumbling out on-stage, it's time to think again!

Anomalous Meteors and Nebulous Nature Behind the UFO Phenomenon