Bobcast Goldthwait has turned his director’s lens toward the US Pacific Northwest and focused his creative attention on Bigfoot for his latest film, “Willow Creek,” currently being shown at film festivals across the United States.

Goldthwait was once known for his character-driven standup comedy and wacky appearances in the Police Academy movies, but those days are quickly becoming a foggy memory as he pumps out one critically acclaimed film after another.

Willow Creek is a found-footage film about a Bigfoot-hunting party who travels to Trinity County, California, to visit the site where the Roger Patterson and Robert “Bob” Gimlin Bigfoot footage was shot in 1967.

The Patterson-Gimlin footage is perhaps the most famous evidence-of-Bigfoot film of all-time. It shows a large, hairy, up-right-walking, ape-like creature casually crossing the camera’s frame for just a few seconds with its head cocked toward the filmmaker.

Before heading to the camping location at the Patterson-Gimlin site, the on-screen film crew spends time in the town of Willow Creek, California, which has declared itself as the “Capital of Bigfoot Country,” to interview locals about Sasquatch. It’s a topic the locals there are more than willing to talk about, as welcome Bigfoot hunters by featuring a life-sized wood carving of Bigfoot right downtown, They learned long ago that Bigfoot can be big business.

The film then follows the crew into the woods where things get weird, and ultimately all that remains is the film footage.

Goldthwait most recently achieved critical success with “God Bless America,” an ultra-violent tale about a terminally ill man and a teenage girl murdering those whom they decide are ruining life in the US for everyone;  at least that’s what the movie’s about on the surface. Goldthwait, or Bobscratch Goldfarb as he often calls himself interviews, injects his wild stories with emotion, and in the case of “God Bless America” it is about learning to tolerate others. Yet at the same time, it’s a comedy.

His scripts thrive on the multiple layers of complexity they contain.

On the May episode of The Dana Gould Hour Podcast, Goldthwait discussed his views on Bigfoot. Though he wouldn’t say with certainty he believed Bigfoot was real, he did acknowledge that he would not be surprised if concrete evidence one day surfaced. He just hopes that evidence is not the corpse of a Bigfoot with a bullet hole through its chest courtesy of a frightened hunter. 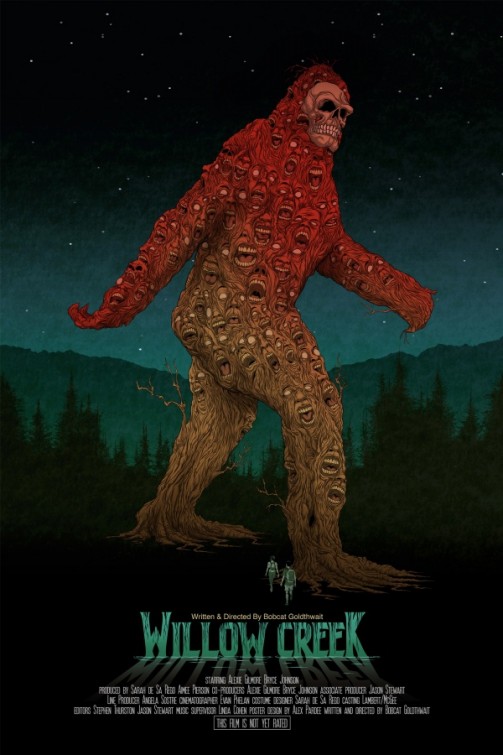 This is most certainly not Bigfoot’s first time in a film, and we’re not even counting Harry and the Hendersons. Here’s a few you might have missed: 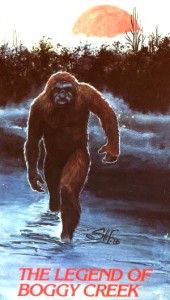 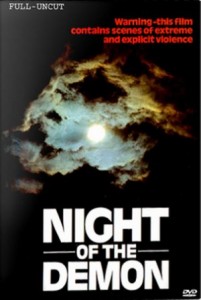 Night of the Demon (1980) - An anthropology class takes a field trip into the woods to study Sasquatch, but they uncover more than they bargained for when they encounter a crazy hermit who was assaulted by the creature, and then the creature itself. The Bigfoot character in this film is portrayed as being a hyper-violent monster who treats trespassers to a gory demise. 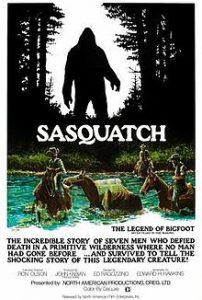 Sasquatch (1975) - Several Bigfoot films were released in the 1970s when public interest in Bigfoot soared to the point where one made an appearance on an episode of television’s “Six Million Dollar Man,” and “Sasquatch,” was released during the heart of the hype. “Sasquatch,” was marketed as a documentary and followed a film crew into the Peckatoe River Valley in British Columbia on a search for Bigfoot. While it might have been marketed as a documentary, there are many staged fights with wildlife throughout the film to add excitement to the supposed adventure. 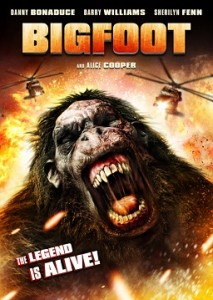 Bigfoot (2012) - Asylum produces most of those giant animal movies shown on the SyFy cable network, for example “Mega Shark Versus Crocasaurus,” and “Mega Shark Versus Giant Octopus,” and Asylum also produced a Bigfoot movie in 2012. After attacking the crowd at a concert, Bigfoot is targeted by two locals, played by Danny Bonaduce, Danny of “The Partridge Family,” fame, and Barry Williams, who played Greg on,”The Brady Bunch.” They not only have to battle Bigfoot when they find him, but an environmentalist is doing her best to make sure they don’t succeed in killing him.

UFOs: What the Government Doesn’t Know