A Cult of Mermaids

While the notion that the United Kingdom might actually be the home of living, breathing, flesh-and-blood mermaids will inevitably be greeted by many with the justified rolling of eyes and hoots of derision, it is an undeniable and astonishing fact that such beliefs persisted for centuries. And, in those parts of the U.K. where the many and varied traditions and superstitions of times-past can still be found lurking, that belief actually quietly continues - to a shocking and sinister degree.

The word "mermaid" is derived from a combination of "mere," the Old-English word for "sea," and "maid," meaning, of course, "woman." According to old sea-faring legends, mermaids would often deliberately sing to sailors to try and enchant them; with the secret and malevolent intent of distracting them from their work and causing their ships to run disastrously aground.

Other ancient tales tell of mermaids inadvertently squeezing the last breaths out of drowning men while attempting to rescue them. They are also said to particularly enjoy taking humans to their underwater lairs. In Hans Christian Andersen’s The Little Mermaid, for example, it is said that mermaids often forget that humans cannot breathe underwater; while other legends suggest the sinister she-creatures deliberately drown men - out of sheer, venomous spite, no less. 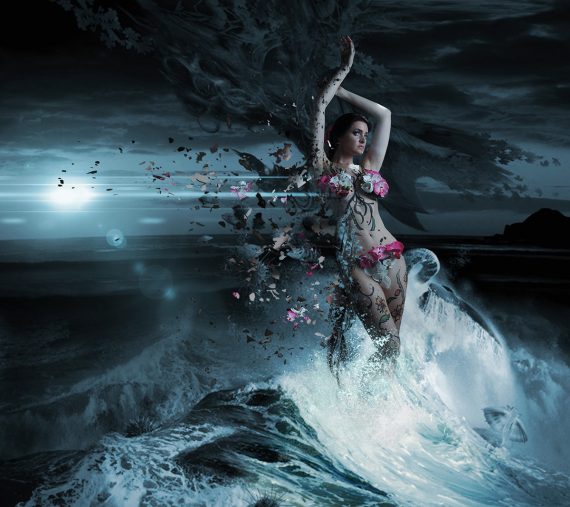 The fabled sirens of Greek mythology are sometimes portrayed in later folklore as being mermaid-like in nature and appearance; in fact, some languages use the same word for both bird and fish creatures, such as the Maltese word, Sirena. Other related types of mythical or legendary creatures include water-nymphs and selkies: animals that can allegedly transform themselves from seals into human-beings - and vice-versa, too.

Mermaids were noted in British folklore as being distinctly unlucky omens – occasionally foretelling disaster and sometimes even maliciously provoking it, too. As evidence of this, versions of the ballad, Sir Patrick Spens, depict a mermaid speaking to the doomed ships. In some, she tells the crews they will never see land again, and in others, she claims they are near shore, which the men are wise and astute enough to know means that deep, malevolent deception is at work. 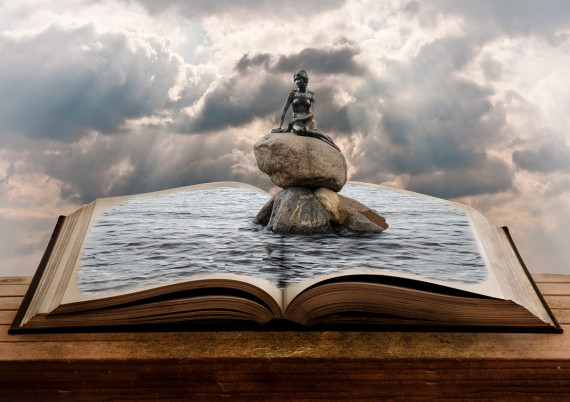 It's worth noting that the English county of Staffordshire - in which I grew up - and the bordering county of Shropshire are packed with tales of mermaids, which fascinated me as a kid. One such account tells of a deadly mermaid inhabiting a small pool in the pleasant little village of Childs Ercall. In 1893, the writer Robert Charles Hope described the story as follows:

"...there was a mermaid seen there once. It was a good while ago, before my time. I dare say it might be a hundred years ago. There were two men going to work early one morning, and they had got as far as the side of the pond in [a] field, and they saw something on the top of the water which scared them not a little. They thought it was going to take them straight off to the Old Lad himself! I can’t say exactly what it was like, I wasn’t there, you know; but it was a mermaid, the same as you read of in the papers.

"The fellows had almost run away at first, they were so frightened, but as soon as the mermaid had spoken to them, they thought no more of that. Her voice was so sweet and pleasant, that they fell in love with her there and then, both of them. Well, she told them there was a treasure hidden at the bottom of the pond - lumps of gold, and no one knows what. And she would give them as much as ever they liked if they would come to her in the water and take it out of her hands.

"So they went in, though it was almost up to their chins, and she dived into the water and brought up a lump of gold almost as big as a man s head. And the men were just going to take it, when one of them said: 'Eh!' he said (and swore, you know), 'if this isn't a bit of luck!' And, my word, if the mermaid didn’t take it away from them again, and gave a scream, and dived down into the pond, and they saw no more of her, and got none of her gold. And nobody has ever seen her since then. No doubt the story once ran that the oath which scared the uncanny creature involved the mention of the Holy Name." 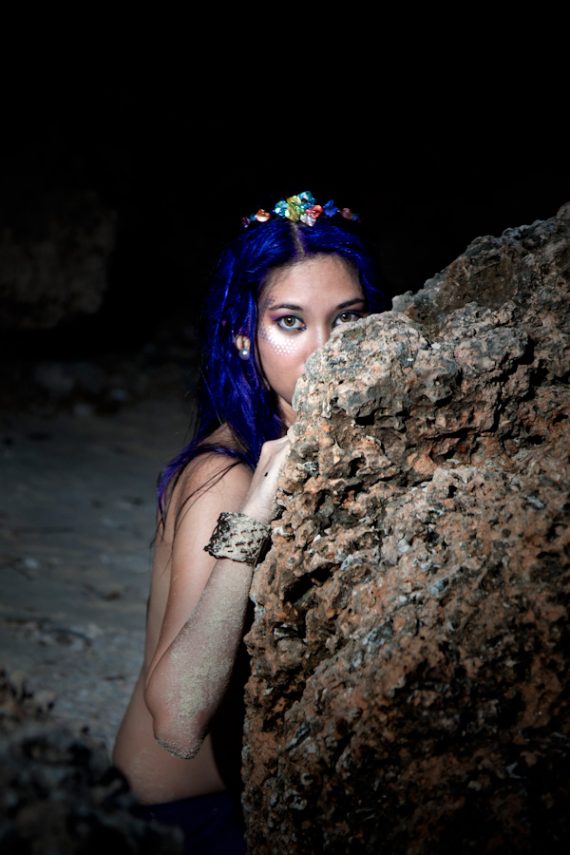 Moving on, situated barely a stone’s throw from the Shropshire town of Newport and just over the border into rural Staffordshire, Aqualate Mere – at 1.5 kilometres long and 0.5 kilometres wide - is the largest natural lake in the Midlands; yet it is very shallow, extending down to little more than a uniform three-feet.

Legend has it that one day many years ago, when the Mere was being cleaned, a mermaid violently rose out of the water – quite naturally scaring the living daylights out of the work-men – while simultaneously making shrieking, disturbing and damning threats to utterly destroy the town of Newport if any attempt was ever made to empty Aqualate Mere of its precious waters. Very wisely, perhaps, the Mere was not – and, to date, never has been - drained.

So, why do I mention all this now? Well, over the last 15 months, I have been quietly and carefully digging into a highly controversial story of a Shropshire- and Staffordshire-based "mermaid cult" (which is the best way I  can describe it) that fully believes in the existence of such creatures, and that reportedly has engaged in sinister animal sacrifices to appease these ancient water-maidens.

Whether or not real mermaids exist is, of course, a matter of great debate! That the group - which has a disturbing history and background - exists is not in doubt, however. I'll be revealing all their nefarious activities in the very near future...