A Dweller on Two Planets

Situated on the southern tip of the vast and mountainous Cascade Range – which encompasses parts of British Columbia, California, Washington State, and Oregon - Mount Shasta is a huge, all-dominating peak that, at nearly fifteen thousand feet, is the fifth tallest mountain in the Golden State, and one that has been home to human civilization, in varying degrees, since around 5,000 B.C. It’s also a mountain steeped in matters mysterious, unearthly, and deeply ancient.

Indeed, the interior of Mount Shasta is said to house the last vestiges of a mighty, renowned race of legendary people that dominated the planet in the fog-shrouded past. They were known as the Lemurians and were said to have inhabited a now sunken land, possibly situated somewhere in either the Pacific or Indian Ocean. 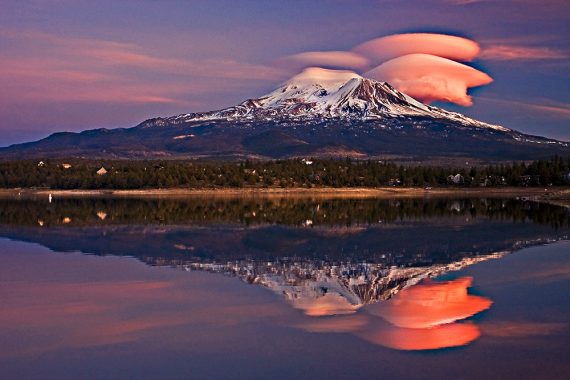 Although the people of Lemuria reportedly attained their peak millennia upon millennia ago, it was not until the late 19th Century, and through the middle years of the 20th Century, that they caught the public’s attention on a large scale – and particularly so in relation to a certain connection with Mount Shasta. Truly, the story is a swirling cauldron of deep strangeness and controversy.

Back in the 1800s, Helena Blavatsky, the co-founder with William Quan Judge and Colonel Henry S. Olcott of the Theosophical Society - the original mandate of which was the study of occultism - claimed to have been exposed to an ancient text of mysterious proportions that was said to have pre-dated the times and people of Atlantis. Its title was the Book of Dzyan and was guarded with near paranoid zeal by a brotherhood of powerful and ancient proportions.

As a result of her alleged exposure to the old and mighty tome, and while in Tibet studying esoteric lore, Blavatsky developed a remarkable framework concerning, and a belief in, the Lemurians that ultimately led to the very heart of Mount Shasta itself. 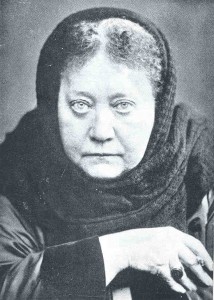 According to Blavatsky’s findings, the Lemurians were the type of people for whom the phrase once seen, never forgotten might justifiably have been created. Around seven feet in height, they were egg-laying hermaphrodites that, while not overly mentally developed, were, spiritually-speaking, far more advanced than those who came before them.

As Blavatsky described it, the Lemurians were the Third Root Race of a total of seven who were ultimately destroyed by appalled and angered gods after they, the people of Lemuria, turned to bestiality, and in doing so sealed their doom, around 12,500 B.C. But, the gods were not done with life on Earth: they soon embarked on the creation of a Fourth Root Race, the equally legendary Atlanteans.

Little did the gods realize it when they set about the creation of a new race, some of the Lemurians escaped the destruction and made their secret way to - as you may by now have guessed – a certain mountain in the Cascades.The revelations of Helena Blavatsky were elaborated on to a considerable degree by a British theosophist named William Scott-Elliot. He, in turn, had acquired his data from yet another theosophist, Charles Webster Leadbeater, who claimed clairvoyant communication with spiritually advanced, supernatural masters that imparted a wealth of data on both Lemuria and Atlantis.

Also hot on the heels of Blavatsky, and only six years before the dawning of the 20th Century, a teenager named Frederick Spencer Oliver completed the writing of his book A Dweller on Two Planets. Published in 1905, six years after Oliver’s untimely and very early death, the book caused a firestorm of controversy with its claims that the Lemurians shared a lineage with the Atlanteans, and that those Lemurians that escaped the pummeling wrath of the gods made their secret and collective way to Mount Shasta; just as Blavatsky had asserted.

And they weren’t just living on the mountain, but deep within it, too, in certain, secret, cavernous depths that Oliver asserted could be accessed if one only knew the specific and secret entrance points of old. If one should ever encounter a tall, white-robed figure on Mount Shasta, said Oliver, it was all but certain to be a Lemurian.

How, exactly, did Oliver know all this? Well, he claimed to have been in contact with a being that called itself Phylos the Tibetan. Phylos, whose controversial data was imparted to Oliver by a mind to mind process known as channeling, was said to have lived a number of lives or incarnations; one as a Lemurian and another as an Atlantean. 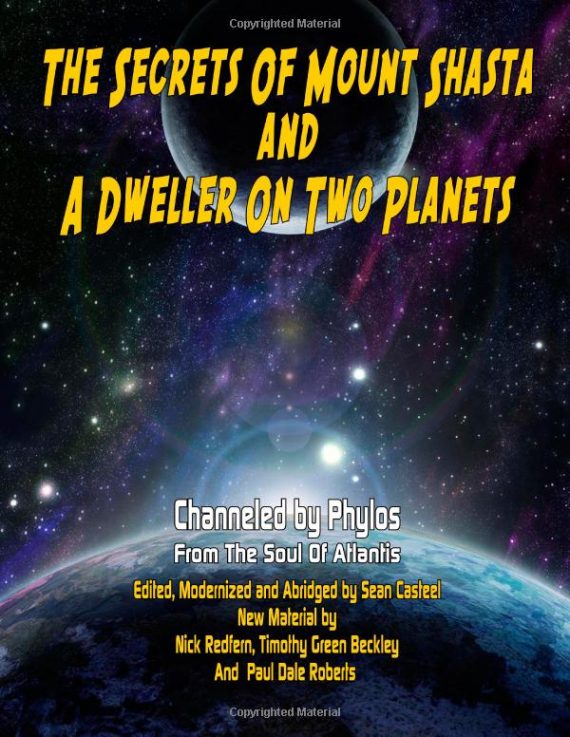 So, you may by now be wondering, why am I mentioning all this? Well, Timothy Green Beckley's Global Communications company has just published a brand new edition of Frederick Spencer Oliver's book, under the new title of The Secrets of Mount Shasta and A Dweller on Two Planets.

Running at almost 500 pages, and containing intriguing new material, it's absolutely vital reading for anyone with an interest in the controversies surrounding channeling, the legends of Atlantis and Lemuria, tales of underground civilizations, and much more of an entertainingly weird nature. If lost people, ancient lands, and secrets of the past are your thing, this is a book for you!