An Alien Gets The Hots

While lecturing for the San Antonio, Texas MUFON group last week, I was asked what I considered to be the most controversial UFO case of all. Well, for me, that's like asking me to name my favorite kind of beer, or my favorite zombie movie. In other words, it's incredibly difficult to answer, as there are so many of them! But, one that has to be near the top of the list is that of Antonio Villas Boas.

When I gave the name to the person asking the question, I was met with a blank and puzzled stare. So, given that not everyone is quite so familiar with Villas Boas' case as I assumed, I figured why not share it with you, right here.  If you know the case, you may still learn a few more facts. If you're new to it, prepare yourself for a wild ride! 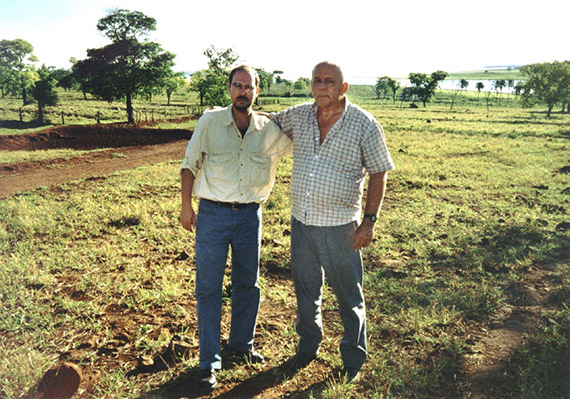 It was on February 22, 1958 that a young Brazilian farmer named Antonio Villas Boas prepared for a Dr. Olavo Fontes – both a respected gastroenterologist at the National School of Medicine in Rio de Janeiro and a highly dedicated flying saucer investigator - a remarkable, and undeniably sensational, document that told of his, Villas Boas’, close encounter with an alien only eight days earlier. 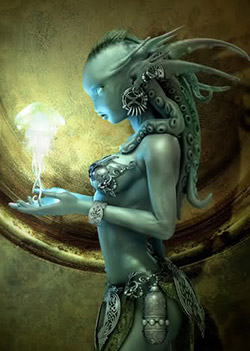 But, this was no sterile “take me to your leader”-style experience involving bug-eyed, spindly creatures. Nope. According to the twenty-three-year-old farmer, he went where, quite possibly, no man had ever gone before. So Villas Boas told Fontes, he did nothing less than get it on with a hot babe from the great and mysterious beyond.

“I live with my family on a farm which we own, near the town of Francisco de Sales, in the state of Minas Gerais, close to the border with the state of Sao Paulo,” Villas Boas told Olavo Fontes as he began his torrid tale of sex from the stars. It all went down on the night of October 5, the man himself explained, when he encountered “a very white light, and I don’t know where it came from. It was as though it came from high up above, like the light of a car head-lamp shining downwards spreading its light all around…it finally went out and did not return.”

Well, not for long, anyway. Barely a week later, the same lighted object – or, at the very least, a near-identical one – appeared over the farm while Villas Boas was chilling out on the family’s tractor after a hard day in the field. Looking somewhat like a “cartwheel” and hovering around three hundred feet from the ground, it bathed the area with a bright red glow for a few moments that, even from a distance of more than a hundred feet, made Villas Boas’ eyes sting like crazy.

Suddenly it was gone – or its lights were extinguished and it was now hovering in complete silence and darkness. But the main act was about to come (as, so it transpired, was Villas Boas). Twenty-four hours later, Villas Boas was still toiling hard in the field when, in his own words: “At precisely 1.00 a.m., I suddenly saw a red star in the sky…In a few moments it had grown into a very luminous, egg-shaped object, flying towards me at a terrific speed. It was moving so fast that it was above the tractor before I had time to think what I should do.” 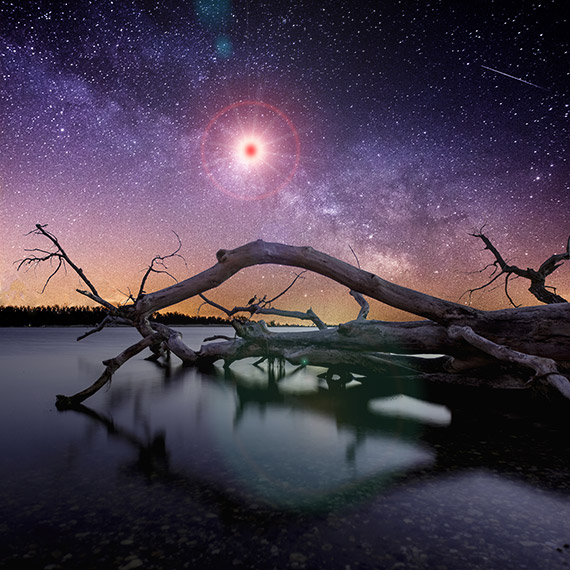 It was all an amazed Villas Boas could do to stare in complete awe at the craft above him. That awe turned to cold fear when the vehicle descended to a height of maybe now more than 75 feet, at which point Villas Boas wisely thought his best course of action was to run like hell and get as far away from the whatever-it-was as possible. Unfortunately – or, perhaps, fortunately – it didn’t quite work out like that.

“It came nearer and nearer,” said Villas Boas, who added: “I was now able to see it was a strange machine, rather rounded in shape, and surrounded by little purplish lights….[it] was like a large elongated egg with three metal spurs in front…On the upper part of the machine there was something which was revolving at great speed and also giving off a powerful fluorescent reddish light.”

Still thinking of running to the safety of the farmhouse, Villas Boas’ course of action was brought to a sudden halt when he found himself feeling dizzy, groggy and disoriented. Villas Boas was in a state of quickly escalating incapacitation. He managed to make it just a few dozen yards before powerful hands grabbed him by the arm. Terror-stricken, Villas Boas found himself face to face with a human-looking individual about five-feet in height and dressed in a flight-suit-type outfit.

As for the craft, it was now sitting a short distance away and still emitting its powerful, blinding lights, which semi-obscured its specific shape – something that may have been a deliberate action to hide its real identity, as will soon be revealed. Adrenalized and scared, Villas Boas tried to lash out, but it was all to no avail. By now feeling very unsteady on his feet and drunk as a skunk, he was quickly overpowered as three other characters raced out of the craft to help their comrade. Worse: they proceeded to drag him towards the brilliantly-lit craft. Not a good sign.

After the four men finally managed to haul Villas Boas inside the very cramped confines, they rapidly removed his clothing, and shoved him into a small room, where he found himself covered, head-to-foot, in what sounds like several bottles of shower-gel. Then, after Villas Boas was hosed down, a blood-sample was taken from his chin, following which he was taken to another, equally small room – actually, this one was almost closet-like - that, alarmingly, was quickly filled with dense smog that had him gasping for air.

In Villas Boas’ own words: “It was as though I was breathing a thick smoke that was suffocating me, and it gave the effect of painted cloth burning…I did not feel well and the nausea increased so much that I ended up vomiting.”

Thankfully, and finally, after what seemed like a torturously long wait, there was light at the end of the tunnel. Very welcome light, indeed. We’re talking about a close encounter. Not of the first, second or even third kind, mind you. This one involved getting nasty with E.T. It was one thing to get nabbed by aliens, taken on-board their craft, and hosed down like a muddy, old car. It was quite another to get rewarded after that traumatic experience with a fine and tasty piece of extraterrestrial ass.

But, Villas Boas told Fontes, that’s exactly what happened. A metal door opened, and in walked a woman, butt-naked as the day she was born. At this stage, it’s perhaps best to get the lowdown from the man of the hour:

“Her hair was fair, almost white, smooth, not very abundant…her eyes were large and blue, more elongated than round, being slanted outwards…the cheekbones were very high…her lips were very thin, hardly visible…her body was much more beautiful than that of any woman I have ever known before. It was slim, with high and well-separated breasts, thin waist and small stomach, wide hips and large thighs…another thing that I noted was that her hair in the armpits and in another place was very red, almost the color of blood." 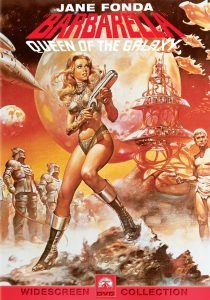 And it was what he tactfully referred to as “another place” that Villas Boas had his sights set on. He didn’t have to wait long, however, nor did he have to break the ice with a bit of meaningless chatter. The seemingly real-life Barbarella was decidedly proactive and on him in a flash:

“She came toward me silently, looking at me with the expression of someone wanting something, and she embraced me suddenly and began to rub her head from side to side against my face. I became uncontrollably excited, sexually, a thing that had never happened to me before. I ended up by forgetting everything, and I caught hold of the woman, responded to her caresses with other and greater caresses. Some of the grunts that I heard coming from that woman’s mouth at certain moments nearly spoilt everything, giving the disagreeable impression that I was with an animal. Finally, she was tired and breathing rapidly. I was still keen, but she was now refusing, trying to escape, to avoid me, to finish with it all."

Evidently, although Villas Boas wasn’t exactly enamored by the woman’s animalistic vocalizations, he clearly considered himself to be quite the stud-muffin. One can almost imagine him in his recliner with brandy and cigar in-hand as he proudly told Fontes: “That was what they wanted of me – a good stallion to improve their own stock.”

Perhaps as a way of convincing Villas Boas that his friend with benefits was not of this earth, he explained that as the woman moved to exit the room “she turned to me, pointed at her belly and then pointed toward me and with a smile she finally pointed towards the sky – I think it was in the direction of the south.” 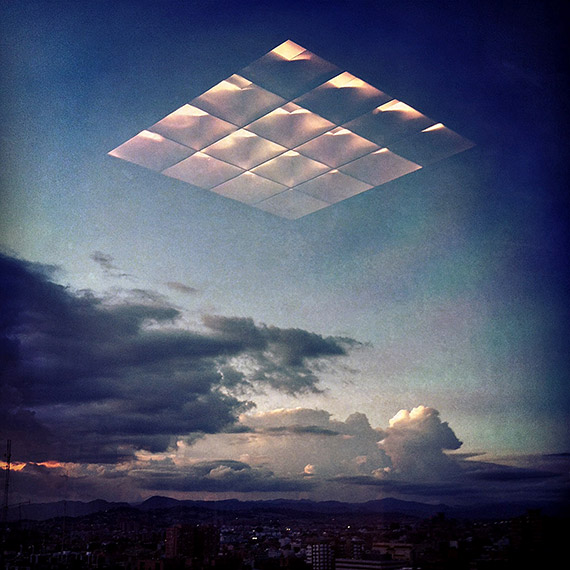 Then, after a quick tour of the craft – during which Villas Boas was sternly admonished by one of the crew-members for trying to steal a small device to take home – he was unceremoniously escorted off the craft, and watched as it, and his grunting girl from another galaxy, left for pastures new.

As Villas Boas recalled to Fontes:  “The craft continued to rise slowly into the air until it had reached a height of some 30 to 50 meters…The whirring noise of the air being displaced became much more intense and the revolving dish [that sat atop the object] began to turn at a fearful speed…At that moment, the machine suddenly changed direction, with an abrupt movement, making a louder noise, a sort of ‘beat.’

"Then, listing slightly to one side, that strange machine shot off like a bullet towards the south, at such a speed that it was gone from sight in a few seconds. Then I went back to my tractor. I left the craft at roughly 5.30 in the morning, having entered it at 1.15 in the early hours. So I had been there for four hours and fifteen minutes. A very long time indeed.”

It was all over. The aliens had come and gone. Or, at least, one of them had, thanks to Antonio Villas Boas, that “good stallion.” It was an event that the man himself – who went on to become a well-respected lawyer – maintained happened exactly as he described it until his dying day, which happened to be in 1992, at the unfortunately very young age of only fifty-eight.