Appalachia is a Hotbed of UFO Activity

When an unidentified flying object was spotted hovering above the skies of southern West Virginia and eastern Kentucky Oct. 16, 2012, those who saw it knew immediately who to call. So within minutes of the object’s appearance, Kyle Lovern’s phone at the offices of the Williamson Daily News was ringing off the hook. The author of two books focusing on UFO case studies in Appalachia immediately grabbed his camera and leapt into action.

What made this sighting different from many others is it occurred in the middle of the day, and it was seen by a great number of residents in the area.

“At night you see a lot of lights, which could probably be explained,” Lovern said, “but this was a daytime sighting.”

When he discovered where the object being reported was located, he knew there was a chance it might be visible from outside the newspaper office. He was right.

From the automotive repair shop across the street, he could clearly see the object hovering in the sky.

As he was watching the object in the sky, his gazing piqued the interest of some of the workers at the automotive shop.

Hundreds of people in the Williamson, W.Va., area, including Pikeville, Ky., and Virgie, Ky., eventually reported seeing the object.

Among the witnesses were the number of jets flying overhead as the object continued to hover for several hours. Lovern estimates at least 20 flew through the area.

“Now this is only a theory,” he said, “I think this thing was showing up on the radar and they were checking it out. They were so close together, and so many of them, I don’t think they were passenger jets, but they were so high, I couldn’t tell for sure.”

The object eventually disappeared from the sky while Lovern was on his way to the local high school to get photos from a higher elevation.

The sightings were reported in the local media, including by Lovern himself, and also made headlines in a few national sources. It was also investigated by MUFON, the Mutual UFO Network, an organization based in Cincinnati, Ohio, dedicated to investigating UFO sightings around the world, and declared to be “unexplained.”

Some of the best images of the object were taken by an amateur astronomer, and area high school teacher, Allen Epling, who used his telescope to capture video of it.

In the description of his YouTube video, Epling explained:

There were numerous sightings of the same object at the same time in an area covering 4 states, and reported to the police and newspapers. Sighting was with clear, blue, cloudless skies, no aircraft in sight, altitude unknown but definitely above airliner cruising altitude. The object hovered roughly in the same location for over 2 hours, not drifting more than 10 degrees in any direction. Was sighted approximately 60 degrees above the horizon.

The Oct. 16 sighting was not the only sighting of the object. A similar sighting was reported one day before in Huntsville, Ala., one day later in Cross Junction, Va., and again on Oct. 18, in Gardiner, N.Y.

Epling and MUFON International Director, Dave MacDonald, both gave interviews to media outlets claiming the object’s appearance and behavior are something they cannot explain.

“It was cool that I got to see it,” Lovern said. “I hadn’t seen one in years. I was glad to be a personal witness to this one.”

For Lovern, it was his third sighting of something in the sky for which there seemed to be no explanation.

It was an experience with his family on the front porch of their Nolan, W.Va., home in the 1960s when he was 8 or 9 years old, that led to a lifetime of researching UFO phenomena, and would eventually inspire him to write books about it.

“It was in the evening, and the sun was going down,” he said. “We saw three UFOS coming from KY, stop and hover above a mountain not far from my home. The three glowing objects, hovered a short time before going away.”

Then again in the fall of 1973 during a rash of sightings along the East Coast of the US, he and a friend saw an object in the sky that defied explanation.

“A lot of times sightings can be explained. It can be a satellite, the space station orbiting, or like the sightings when we were first experimenting with the stealth fighter jet, but there are a lot of them that cannot be explained,” Lovern said. “Sometimes people even have up close and personal encounters. There have also been cases when they have seen objects land and leave crop circles or indentions into the ground, so there is something to it.”

Many of the witnesses he interviewed for the books were telling their stories publicly for the first time. 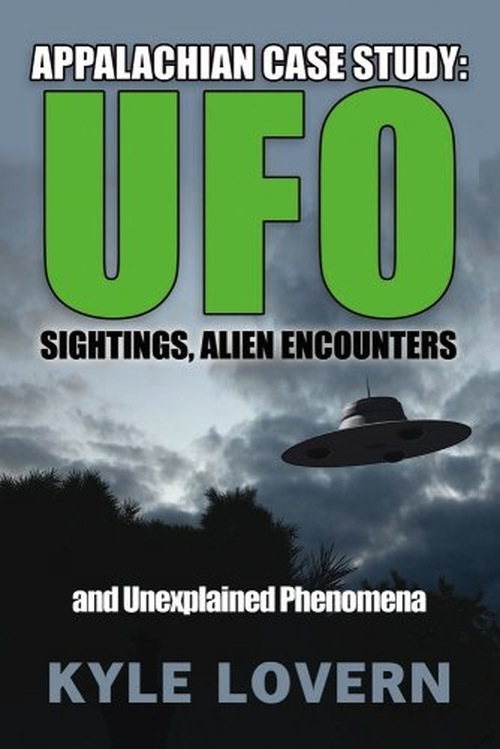 The man said when he was in his late teens, he was hunting in Wayne County, W.Va., when he saw a triangular-shaped object hovering in the sky above some nearby trees.

“I loved the way he described it,” Lovern said. “He heard something like a swishing noise, looked up, saw the leaves blowing, and then said the bottom of it looked like the bottom of a Norelco razor.”

Many years later the same man reported encountering a strange bright light in the early morning hours while driving to work. By the witness’ account, his radio fizzled out, his car quit running, and the light just continued to hover near him. When the car eventually started and he arrived at work, he realized he was missing about an hour of time.

“He had never told anyone these stories,” Lovern said. 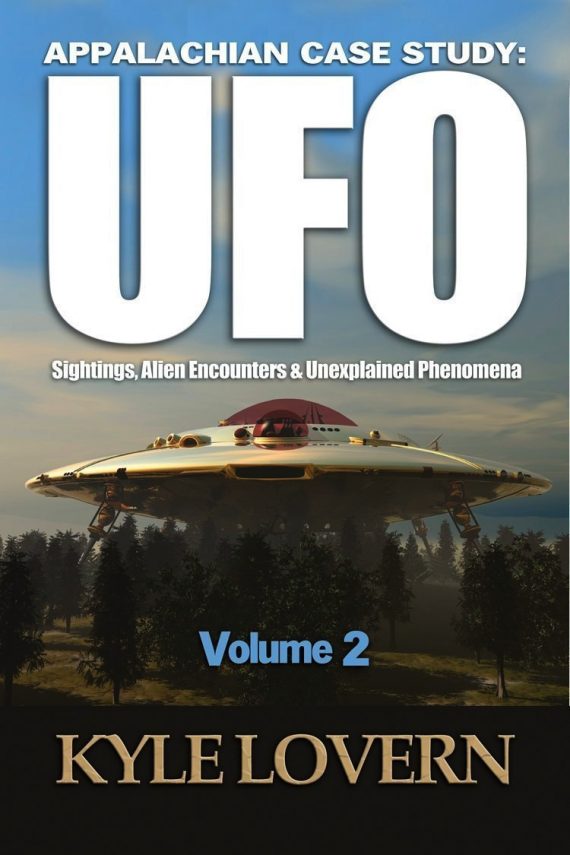 One such case is told by a former supervisor at an Appalachian mountain-top removal mining site, reported in “Appalachian Case Study: UFO Sightings, Alien Encounters And Unexplained Phenomena VOL. 2,” where he and 20-25 other workers witnessed a UFO stop right above the mine site, shine a light down on them, move around the area, and then shoot off to another mining site across the nearby valley.

“The witnesses were all good, down-to-earth people out there working, who had this unique encounter,” Lovern said. “I would have loved to have been there myself. There are many cases like that which have not been reported. Since the books, more people are coming out and wanting to tell me their stories.”

Another reason for the growing comfort level of witnesses could be the number of high-profile, credible witnesses who have also come out with their stories.

You have Dr. Edgar Mitchell, who was one of the astronauts who walked on the moon, he came forward a few years ago and said they were real and we shouldn’t keep this secret any more. Gordon Cooper, one of the first astronauts, not only does he believe in UFOS, he saw one land during a training mission with other astronauts. These things don’t often make the mainstream media, but I think those are credible witnesses. We’ve even had two presidents who have reported seeing UFOs. Ronald Reagan, even had his plane follow a UFO when he was governor of California, and Jimmy Carter also reported seeing a UFO when he was governor of Georgia.

Yet, one can’t help but think there is an effort by government officials to keep a tight lid on evidence collected regarding UFO sightings.

Lovern points to one of the most high-profile cases in history, the Roswell, New Mexico, incident, as a good example of what seemed to be a blatant cover up. At first, news reports circulated featuring officials saying a UFO had crashed, but just a day later, the official statements changed and the denial of a UFO crash began.

“If you think about it, I can see our government at the time thinking people might panic. Plus, you start thinking about America at that time, and it was an innocent place. If they came out and said we were being visited by aliens from another planet people would have freaked out. They would have to rethink religion and a lot of other things.”

He believes our modern culture, with it’s access to so much data on UFO sightings it’s almost information overload, would be better equipped to handle such news from an official source.

Until that time, though, Lovern and other ufologists, will continue collecting the stories of witnesses, and building a mountain of evidence supporting the thousands of UFO sightings throughout history.

The interest in reporting UFO sightings in Appalachia alone has gotten so overwhelming for Lovern, he and a handful of other investigators recently formed the Appalachian UFO Research Society.

“There was just no way I could get to all of these stories myself,” Lovern said.

Lovern is currently collecting information for a third book about UFO sightings in Appalachia. 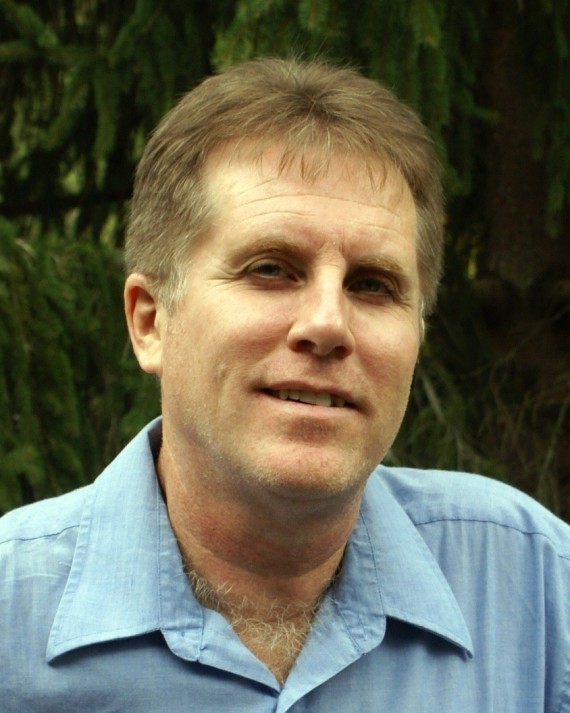 Kyle Lovern is a Ufologist, Author, and Journalist, who has appeared on a number of UFO-related radio programs and podcasts, including Coast to Coast AM. For more information about Lovern, visit his website KyleLovernUFOs.com. Lovern’s publisher, Woodland Press, has also published a number of books regarding paranormal activity in West Virginia and greater Appalachia.

A Dweller on Two Planets